Trevor Gernon’s 4-year-old son Cash was kidnapped from his crib and killed in May in a case that sent shockwaves through Dallas. 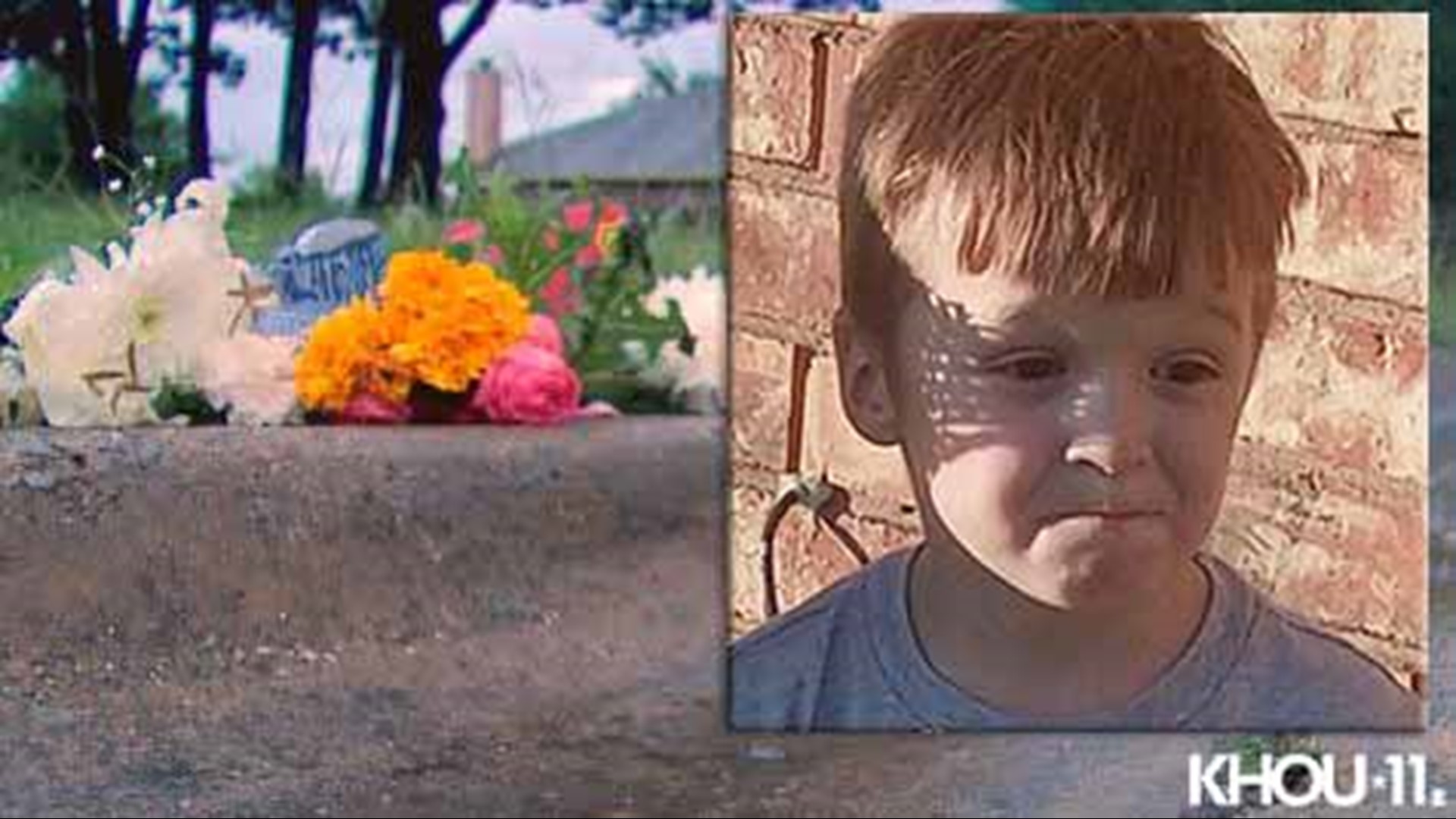 HOUSTON — The father of a four-year-old boy who was murdered in Dallas last month has been arrested on unrelated outstanding warrants in Harris County, records show.

Trevor Gernon didn’t show up for a March court date on charges including fraud, unauthorized use of a motor vehicle and fraud, according to court records.

The charges aren’t related to the murder of Gernon’s son, Cash, who was kidnapped from his crib in May.

The little boy’s bloody body was found in the street by a passerby on May 15. He had been stabbed multiple times.

Darriynn Brown, 18, was later arrested and faces a capital murder charge in the case.

Police say surveillance video shows Brown picking up the sleeping boy from his crib and carrying him from the room.

On June 9, Dallas police said evidence submitted to the lab linked Brown to Cash at the time of his death. A motive for the crime has not been released.

Cash and his twin brother were in the care of Trevor Gernon’s ex-girlfriend. He left them with her back in March, according to the ex-girlfriend’s son.

She said Cash was a "happy-go-lucky" boy.

The twin wasn’t harmed and is now living with his biological mother, reportedly in Houston, WFAA reported. Police said she had been trying to find her sons since Trevor Gernon took them earlier this year.

In addition to capital murder, Brown faces charges of burglary and injury to the elderly from a previous incident that happened in February, Dallas police said.

This 4y/o boy was found murdered on Saturday am on Saddlerige drive in the Mountain Creek Area in Dallas.

Mom identifies him as Cash Gernon. She says, “Cash was sleeping when he was kidnapped.”

Cash has a twin brother, who mom says, is in state custody now.