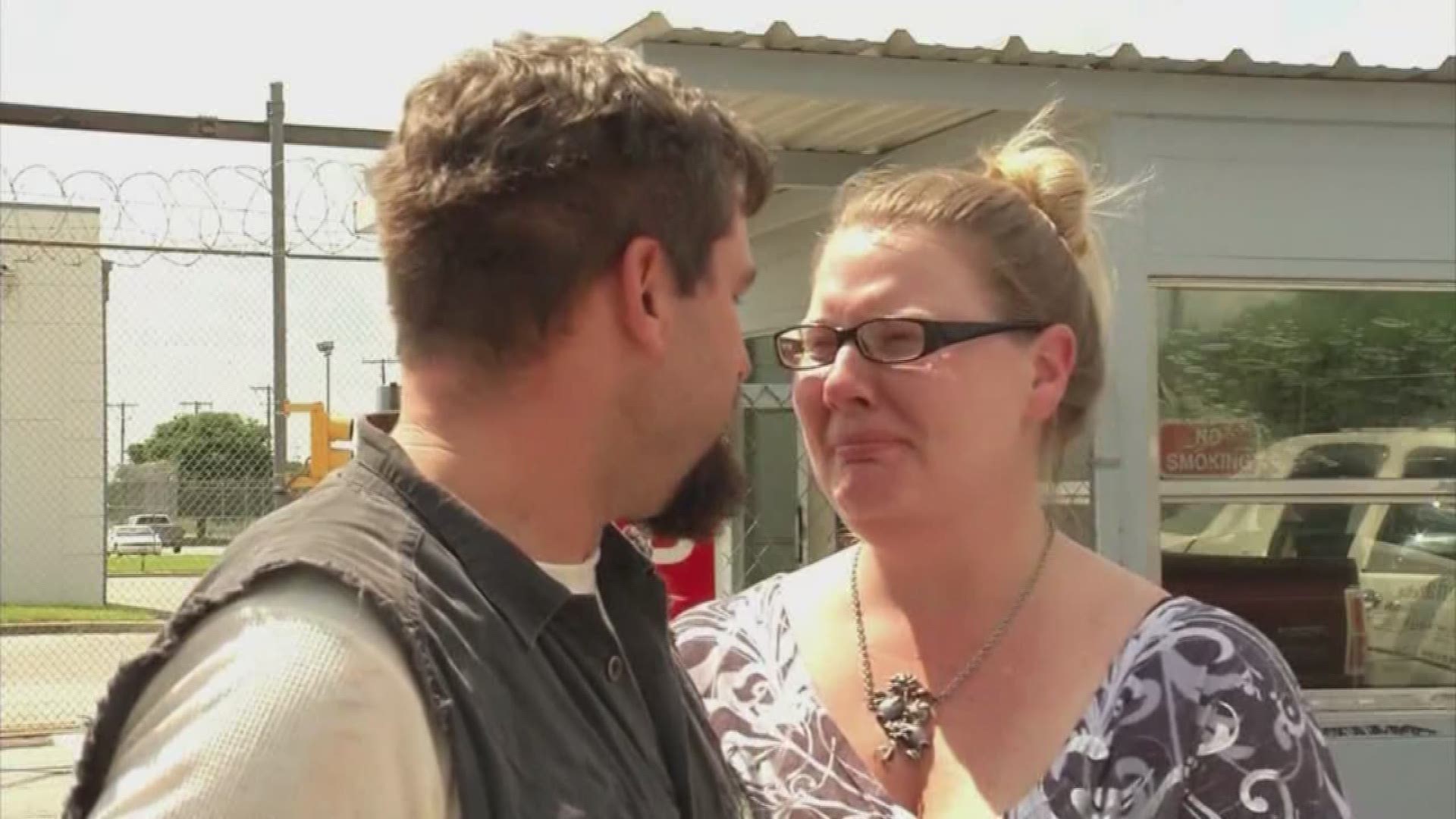 Her attorneys say law enforcement used a "fill-in-the-name" warrant to arrest her, along with the others, even though she claims she was not wearing insignia representing the Cossacks nor the Bandidos motorcycle clubs, which were involved in the shoot-out that day.

“Her arrest warrant was not only a stretch, it was a lie. Following that, she has gone through unmitigated hell,” Looney said.

English, a graduate of Stephen F. Austin University, said she was with her husband William in their car with two friends the day of the shoot-out. According to her attorneys, shots rang out before they even entered the restaurant, and the group immediately took cover. English claims she and her husband both spoke freely with police after the shooting. But she was arrested anyway.

“They had no evidence whatsoever that she had committed a crime or was going to commit a crime. Despite that, they jailed her for 16 days and gave her a $1 million bail bond,” said Kallinen, Houston civil rights attorney representing English in her civil case.

English is seeking damages against each defendant of between $1 million and $100 million on behalf of each of the first 100 people she hopes are found innocent in the criminal trials. Her attorneys claim innocent people were arrested after the shoot-out and had their entire lives ruined by being falsely accused and saddled with one million dollar bonds.

“What is it worth to destroy someone’s life and their children’s life? You’re asking, 'What do you mean?' Well, these people can’t get jobs. When you Google someone and they’re associated with a mass murder, one of the worst crimes in the history of Texas, are you going to hire that person? No, you’re not,” Kallinen said.

The first criminal trials in the Twin Peaks case are expected later this year.

"The issue complained of by Morgan English has already been addressed by a District Judge, who found probable cause existed for her arrest. Unfortunately, our legal system allows anyone who pays a filing fee to file a lawsuit, including those with ridiculous allegations."

“There are pending criminal matters and civil lawsuits, and the City of Waco chooses to litigate these matters in the courts.”