Not only are drugs and people crossing the border illegally, Mexican cattle infected with ticks are also a problem. 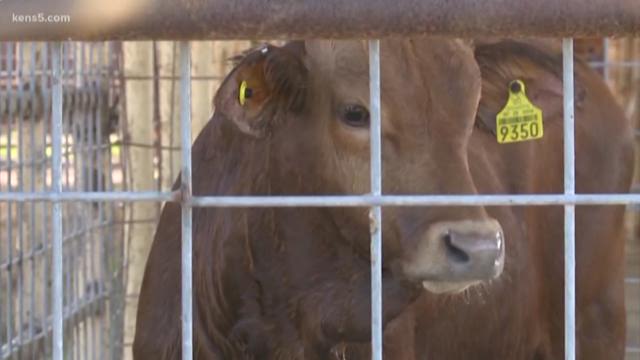 A lot of talk about securing our border revolves around the influx of people and drugs, but something much smaller lurks along the border that poses grave danger to the country’s food supply.

Luckily, there’s a cowboy for that.

For decades, the U.S. government has poured billions of dollars into helping secure the southern border from smugglers and immigrants looking to cross it illegally. However, little public attention is placed on other potential threats that also cost money and take up resources: the mighty tick.

Jorge Solis and his inspectors Rene Munoz and Carlos Salinas are part of the USDA’s “Tick Riders,” a force tasked with rounding up stray cattle that’s crossed the border from Mexico, where cattle are commonly infested with ticks.

“These are two Mexico calves,” Solis noted while treating a couple of animals they found crossing the border. “We’re going to do what we call a ‘scratch’ inspection.”

Not a back scratch, rather a search for disease-carrying ticks that may cause the deadly cattle fever.

“This is a micro-plus tick and it’s still alive,” said Solis as he showed the KENS 5 Border Team a tick removed from a cow.

Clamped onto the animal’s hair and skin, ticks can be so small that they can be overlooked.

When that happens, the cows are treated to a special bath. They leap into a pool of insecticide to get rid of the ticks, a process that’s repeated at least twice before they’re released from quarantine and returned to their rightful owner. In this case, the cows belong to a Mexican rancher.

In 2017, Texas saw one of the worst infestations since the 1970’s. About 1,600 acres in Solis’ jurisdiction had to be quarantined. It prompted the state to allocate a total of $12 million to aid the U.S. Department of Agriculture in the fight against the cattle fever tick.

“The further they roam, the more area that you have to quarantine,” Tick Rider Rene Munoz explained. “They need people like us on the front line.”

When water levels are low at the Rio Grande River, which serves as the boundary between Texas and Mexico, cattle and other animals are able to cross back and forth.

Because of the ongoing cartel violence and the continued illegal smuggling of immigrants and drugs across the border, the Tick Riders are exposed to other dangers.

“The threat is there,” Munoz noted. “Smugglers, snakes, spiders, you never know what you’re going to run into.”

Tick Riders carry a gun and wear bulletproof vests when patrolling along the river.

Munoz oversees a 20-mile stretch. He picked up on a trail that led him to the Mexican cattle they have in custody.

“The river was so low at that time, they were going and coming,” Munoz described.

The USDA keeps a permanent quarantine along the entire southern border. Affected areas are treated for nine months before they can be deemed safe.

Tracking all livestock that finds its way into the U.S. can be a daunting task, but it’s one that Munoz welcomes.

“You get to play cowboy and get paid for it,” he joked.

Nature will continue to defy human laws. The Tick Riders are reminded of that every day.

“As long as there’s cattle across the river, or horses, we’ll continue to have this problem,” Solis admitted.

For now, Tick Riders will continue to protect the border from the deadly cows seeking to cross over.