Body found in Maserati after shootings in downtown Austin

Austin police will be working with downtown venues to review security measures as the entertainment district continues to grow outside of SXSW. 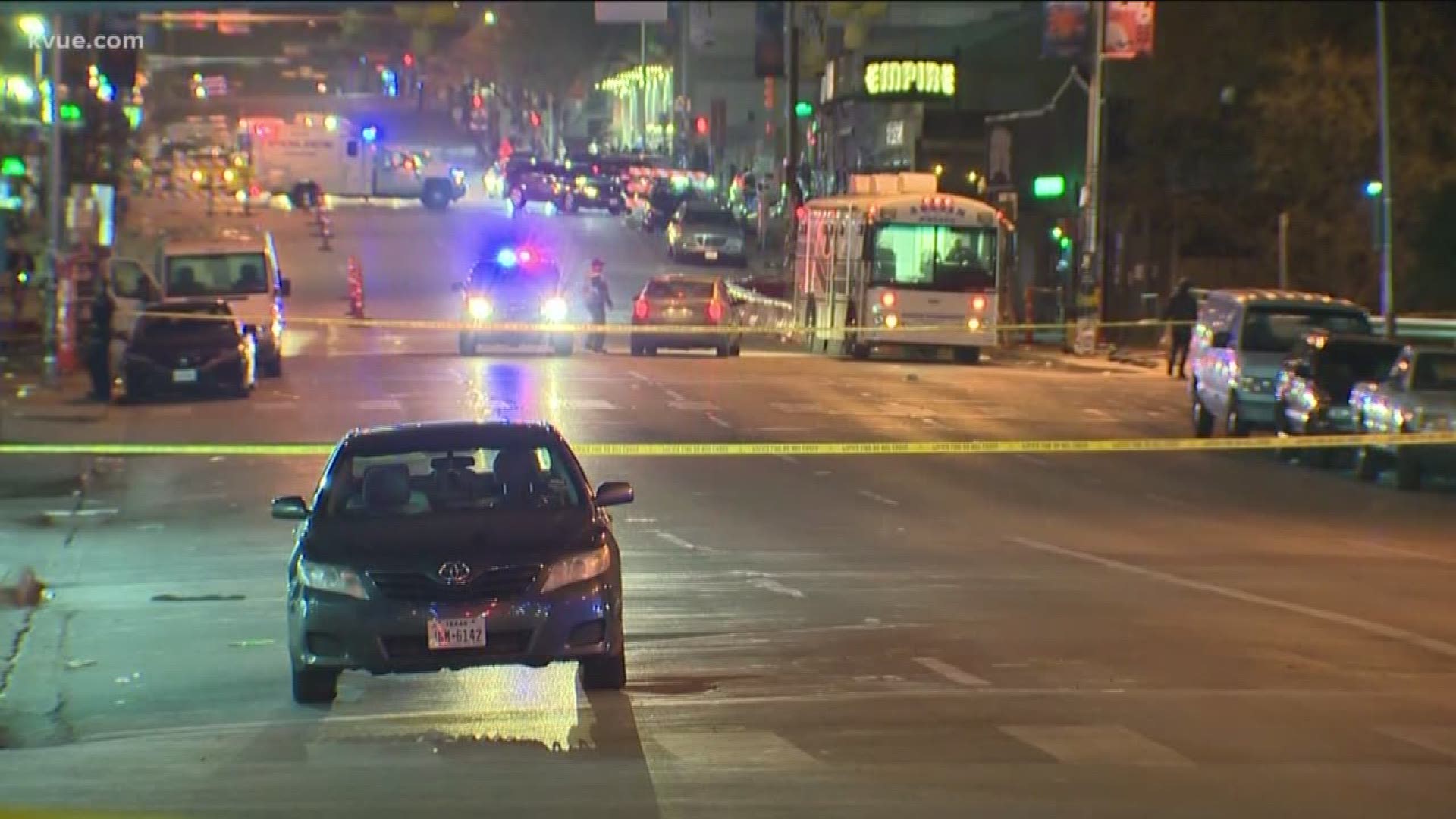 AUSTIN, Texas — After multiple Austin-area shootings occurred over the weekend as the South by Southwest festival came to a close, the Austin Police Department on Monday said they will be reviewing every situation in hopes of making the downtown entertainment district safer.

Five separate shootings occurred within the 48 hours of March 16 and March 17. And while Downtown Austin is at it's busiest and most crowded during the festival, that also means the area has its densest police presence.

In fact, APD Chief Brian Manley said there were at least 300 officers within a mile radius of one of the shootings.

Moving forward, Chief Manley said there are currently plans underway to address these crimes. The department will be reaching out to the Downtown Austin Alliance, SXSW and the venues involved to determine what exactly caused these shootings and if the festival was even a factor.

Throughout the weekend, scanners were active with reports in Downtown Austin as multiple incidents occurred near SXSW events. 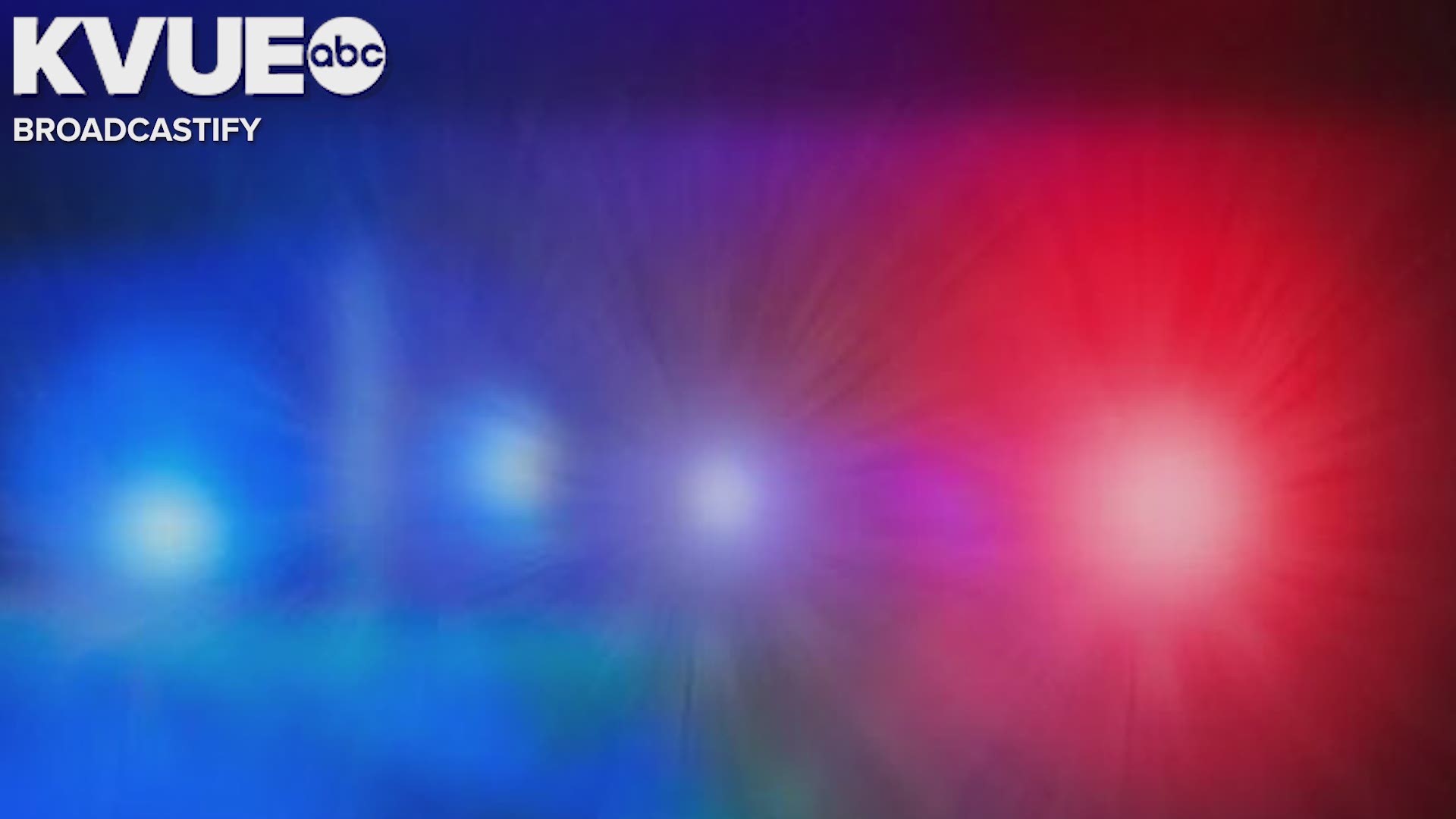 Police will also be analyzing other incidents that happened outside of the festival. Some of the factors they will consider include commonalities between the crimes, specific venues, TABC licensing, security plans, specific artist groups with a history of violent events and more monitoring of pop-up events.

Chief Manley said a visible police presence will remain a key factor, as resources continue to get stretched across Austin's growing entertainment districts like Rainey Street, East and West 6th and 4th Street.

Below is an outline of each shooting incident:

In this incident, people were standing outside waiting to be picked up by network transportation companies when a vehicle drove by firing shots at them. Three victims suffered non-life-threatening injuries to the arms and legs.

No arrests have been made in this case, which police are investigating as an aggravated assault with a deadly weapon.

Four people were identified but they turned out not to be the suspects police are looking for.

The second shooting occurred on March 16 at 5:02 a.m. on the 2500 block of Longview Street, the Axis West Campus apartments.

Police said an 18-year-old resident was shot in the leg. He has since been released. One witness has been identified.

Police are working to identify the suspect or suspects. They are investigating the case as an aggravated robbery with a deadly weapon.

Police are also investigating the third shooting as aggravated assault with a deadly weapon.

Chief Manley said it occurred around 6:21 a.m. at the Denny's restaurant on the 7100 block of North Interstate Highway 35.

In this case, police said a customer and employee got into a dispute over nonpayment, which resulted in a shooting that injured the victim's arm and chest. The suspect's vehicle was identified as being from outside of town.

The victim's injuries were non-life-threatening.

In the fourth incident, police said three people assaulted a victim on the 300 block of East Sixth Street around 11:56 p.m. on March 16. The victim was shot in the altercation.

In this case, as well as one of the I-35 incidents, Chief Manley credited officers' life-saving tourniquet measures.

The victim is expected to be OK.

The final incident took place on March 17 around 2:50 a.m. after a Maserati Levante and a dark-colored Chevy Monte Carlo with racing stripes got into a minor collision at Seventh and Neches Streets, which then resulted in gunfire.

Investigators discovered a body inside the vehicle, which they said matched the description of one of the occupants of the vehicle from the morning incident. The deceased is believed to be from the Dallas area.

Chief Manley said this collision led to a physical altercation.

"Two individuals get out of the SUV and they walk to the driver side of the Monte Carlo," said Chief Manley. "One can then be seen leaning into the window and throwing multiple punches toward someone inside the vehicle."

What happened next led to four officers opening fire, which the chief described as being like something from a movie.

"What is then seen immediately following is muzzle blasts from a firearm being shot from inside from that vehicle towards the individuals that were punching them," the chief said. "The suspect at this point fires at the officers. Our officers return fire as the suspect was getting in the vehicle and then both of those vehicles fled the scene."

Cameron Barton was working the door at Stratchhouse on 7th Street.

"I heard gunshots," he said.

"Once it rang out again, I knew it was gunshots for sure, and so then we started to worry about the safety of our customers so we were trying to get them inside," said Barton.

Austin Police Association President Ken Casaday said he wouldn't be surprised if some of the shootings end up with gang ties.

"What we've seen over the last several years is these unofficial events are drawing in rival music groups, rival gang members from Dallas, Houston, New Orleans and other big cities in the United States," he said.

Whatever the cause, Chief Manley said this weekend's violence is unacceptable.

"We are not going to let our entertainment district be turned into a place where shootings become a common occurrence and this weekend will not stand without a strong response from the police department," he said.

"An easy answer might be: we had 100 security officers so next year let’s have 120," said Bob Woody, the president of East Sixth Street Community Association. "You do things like that, and, if you do enough of those things, I think you’ll make it safer.”

Fred Burton, a director with the Greater Austin Crime Commission said the increase in crime "doesn’t bode well for a city from a public safety perspective."

Burton said the police department, along with the fire department and EMS, needs more resources.

"This is not the sleepy little city that it once was, with countless people moving here all the time, and public safety needs to keep up with the demands of our population growth," said Burton.

“Safety is a top priority for SXSW. Every year we work with local, state and federal public safety partners to share information and refine emergency response plans and procedures.

While none of the incidents took place at any official event venues, we are grateful for the swift response of the Austin Police Department and emergency services. These acts affect all of us who call Austin home.

The downtown entertainment district is one of Austin’s main attractions, yet is a source of year-round concern. We support both the City of Austin and law enforcement’s efforts to address the situation.”

Anyone with more information about these incidents is asked to call 512-472-TIPS or 911.