Billboard hints illegal immigrants should get a sugar daddy

AUSTIN, Texas -- A new billboard on Interstate 35 near William Cannon Drive is causing quite a stir because of its provocative message. 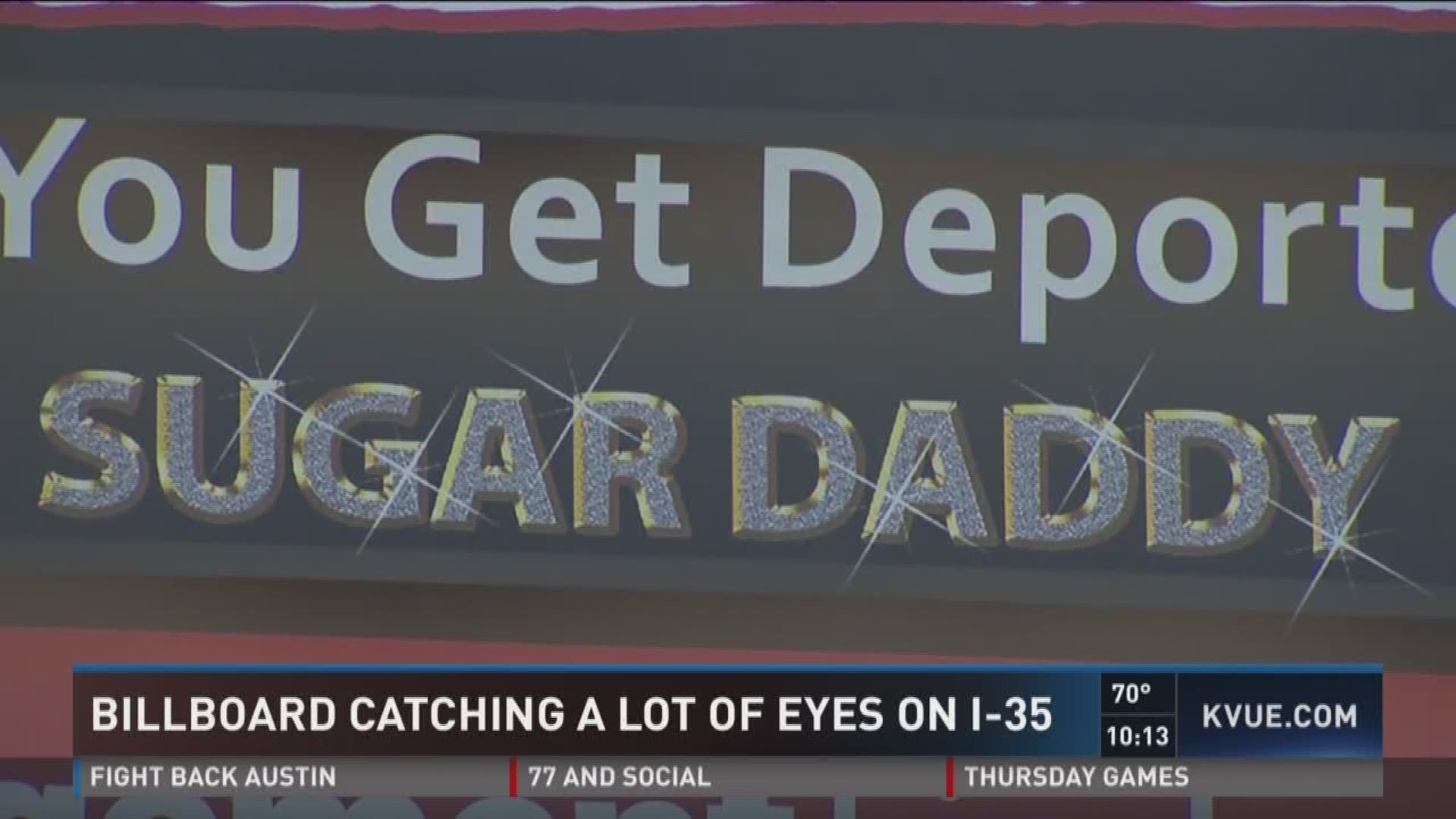 AUSTIN, Texas -- A new billboard on Interstate 35 near William Cannon Drive is causing quite a stir because of its provocative message.

It reads, "Undocumented immigrant? Before you get deported - get a sugar daddy."

"I think it's really disrespectful to all women and illegal immigrants," Kylie Brumley said.

"To get around getting legalization like that," Jesse Aguilera said. "It's just really offensive."

The people behind ArrangementFinders.com say they're only trying to help women avoid deportation if Trump gets elected.

"It may be humorous to some people but [to] others it's a way of life," Raul Torres said. "It's a way of staying here in the states."

ArrangementFinders.com, which was founded in 2009 and operates in the U.S. and Canada, reports Hispanic women make up more than 31 percent of the women using their site and more than half of them are based in Austin.

"Sometimes they got to give up their pride and do stuff that they may not like to stay here," Torres said. "If I were in that situation I'd feel highly, highly offended. I feel that it should go down."

He said he believes this billboard is making light of a serious issue.