"We rolled the camera back and we hear the gunshot loud and clear," the dog's owner said in an email. "We saw him fall and he didn't get back up." 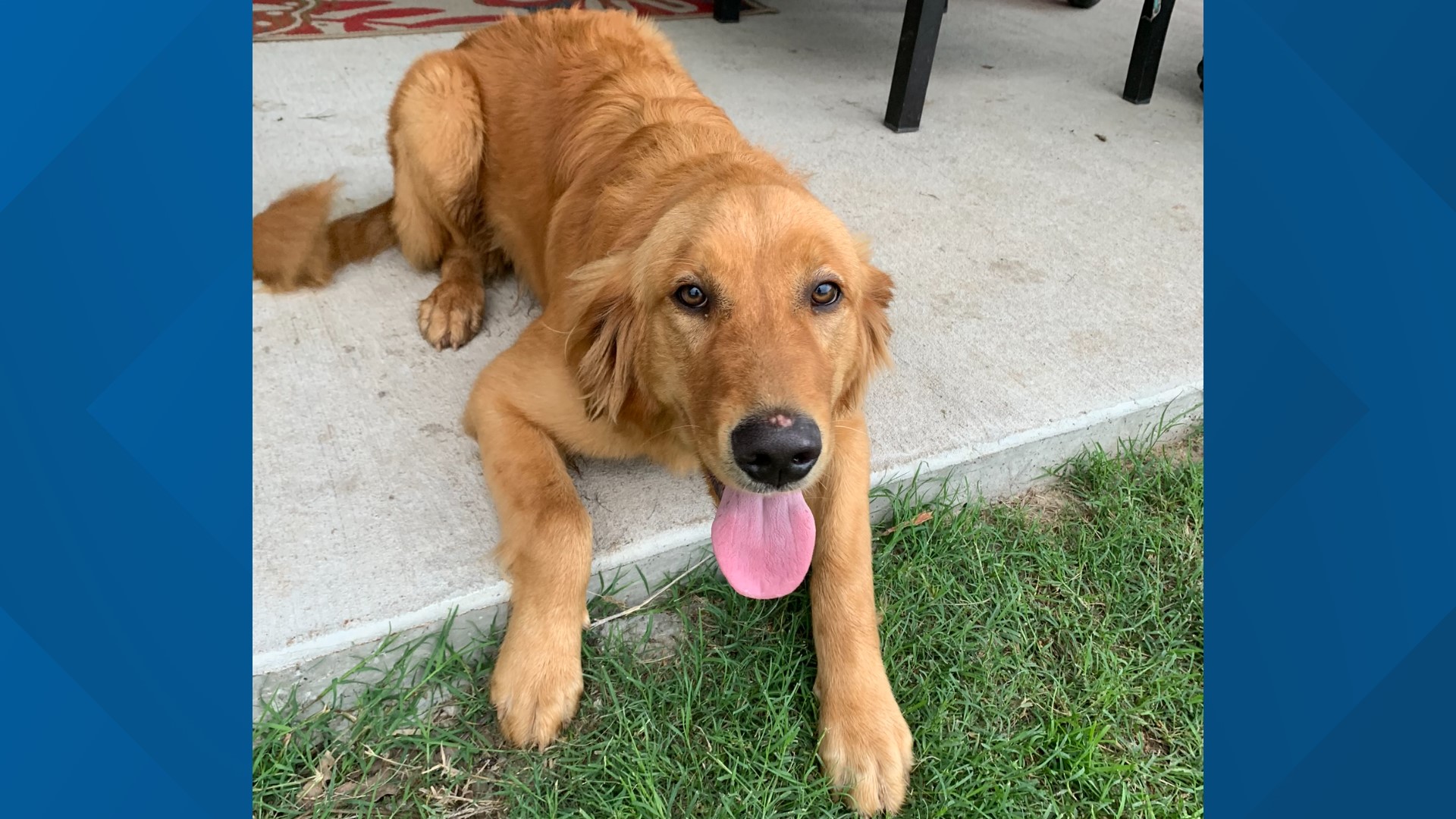 AXTELL, Texas — The McLennan County Sheriff's Office is investigating a case in Axtell where a family's dog was shot and killed in their backyard while they were out of town, Cpt. Steve January confirmed to 6 News on Tuesday.

In an email to 6 News, the dog's owner said her family went on a camping trip over Mother's Day weekend and went on their surveillance camera app to check on their Golden Retriever, Jack. Then they noticed he wasn't moving.

"We rolled the camera back we heard the gunshot loud and clear. We saw him fall down and he didn’t get back up." Jessica Millsaps said.

Millsaps explained how she called her mother to check on Jack, who told her the sad news that he was dead.

"The video has a loud and clear sound of a rifle going off and you can see Jack running from the direction of the neighbors," she continued in her email.

Millsaps told 6 News the McLennan County Sheriff's Office sent a deputy out Saturday to collect evidence and take pictures. She said she believes the bullet is still in her dog and is willing to have the sheriff's office collect it.

Sheriff Parnell McNamara told 6 News investigators have been assigned to the case.

"The dog was shot in the backyard and we are investigating very thoroughly, hopefully we will be able to determine who the shooter was," McNamara said. "We have assigned a couple of people in our criminal investigation division that are working on this."

Millsaps shared the part of the video where he lays down, which you can view below.

Millsaps said she wasn't sure who shot her dog and her family just wants to get to the bottom of it.

"Jack was so loved and only a year and a half old. Never vicious, but super rambunctious and loved his humans so much," she said.

Because of what happened, Millsaps said her two boys, ages 4 and 9, are afraid to go outside and play "because they don't want to get shot."

6 News' Andrew Moore is investigating this story and will have an update on the 5 p.m. and 6 p.m. newscasts.

Credit: Jessica Millsaps
Jack was reportedly shot while his owners were out of town over Mother's Day weekend.