The 2-year-old and 4-year-old were taken around 2:30 p.m. Monday and were found about 12 hours later, police said. 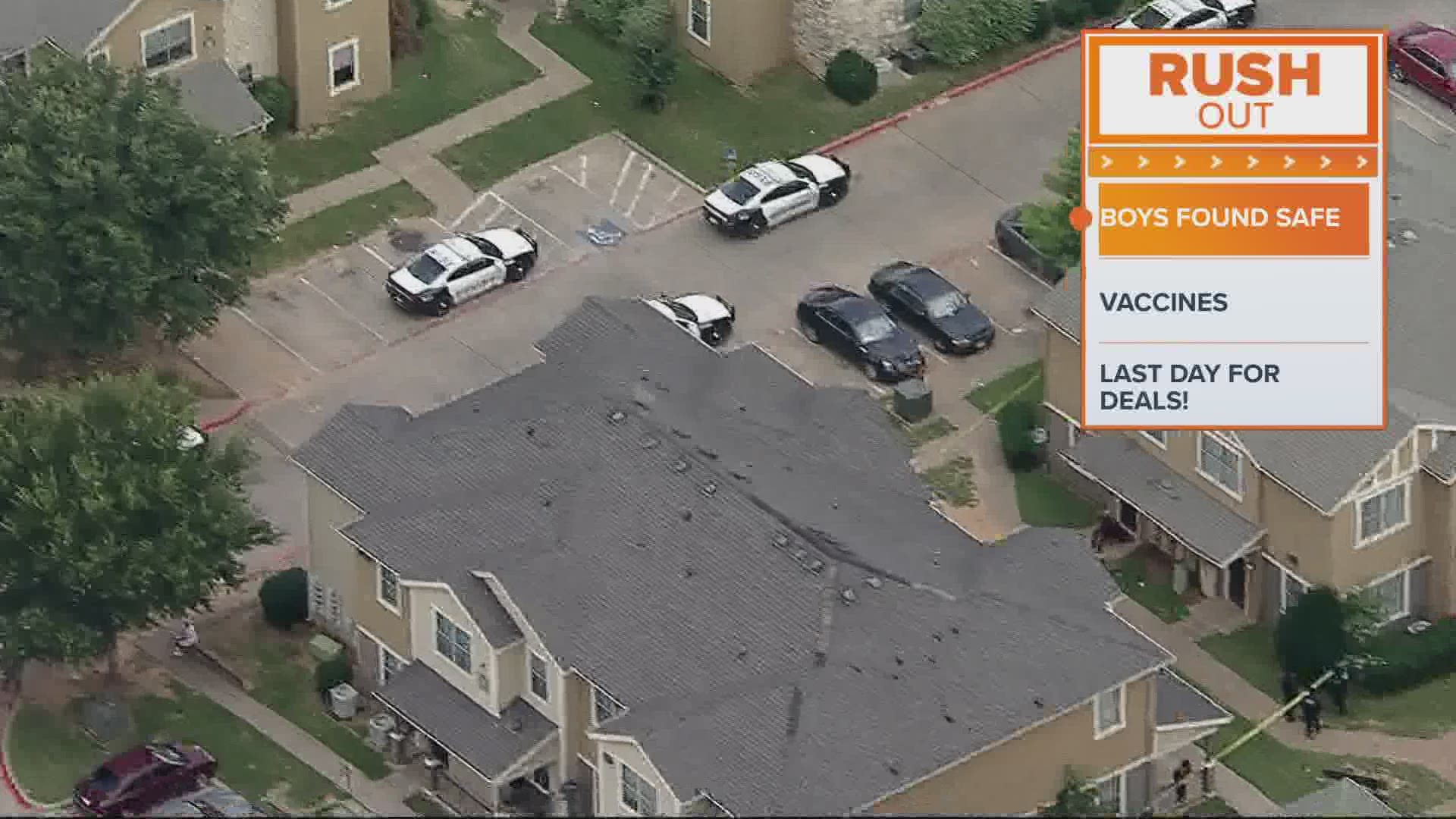 DALLAS — Updated Tuesday at 8:16 a.m. to include update on suspect.

Dallas police say a man was taken into custody after two boys who were at the center of an AMBER Alert Monday were found safe.

Curtis Everett Jeter, 24, surrendered to the Homicide Unit at Dallas Police Headquarters Tuesday morning and will be charged with murder, police said.

A 2-year-old boy and a 4-year-old boy were both taken around 2:30 p.m. Monday in the 5900 block of Highland Village Drive. Police believed the two children were in danger.

Police believed the two boys were with Jeter, who is the suspect in a homicide. Dallas police sources told WFAA he's wanted for the killing of the boys' aunt earlier Monday.