Police also found a malnourished puppy locked in a closet. 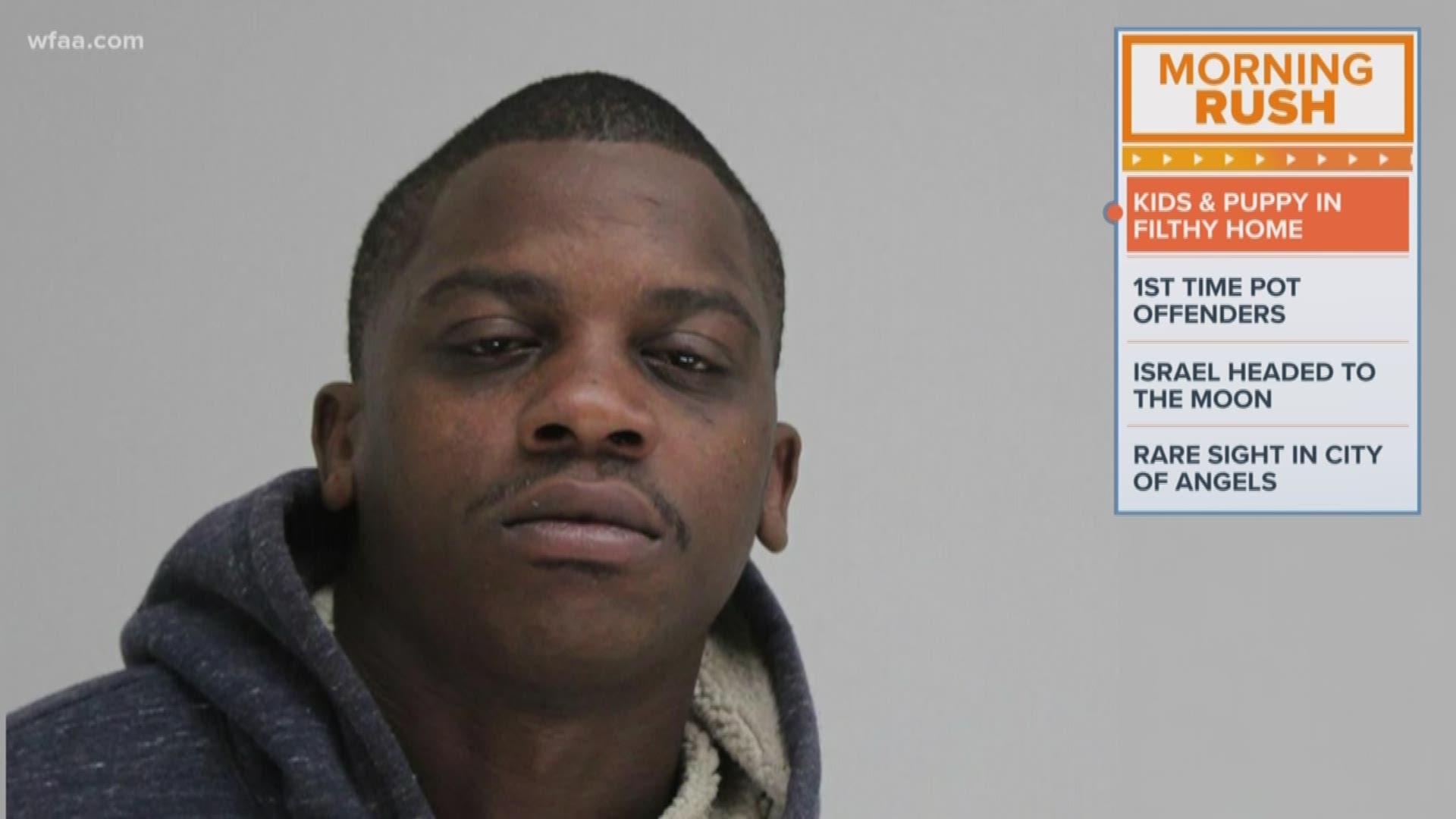 DALLAS — A Dallas man has been arrested on charges of child endangerment after police found his four young children living inside their "filthy" apartment, where water in the sink "smelled like a dead animal" and toilets appeared to not have been flushed in weeks, according to an arrest warrant affidavit.

Police also found a malnourished puppy locked in a closet.

Robert Preston, 31, was arrested on Sunday, according to the affidavit. The children inside his South Dallas apartment were ages 5 and 2, along with two 3-year-old twins.

Officers had responded on Saturday evening to the 4700 block of Meadow Street, where witness had found a small child running around the road inside of the Rosemont apartment complex.

Preston had walked up and asked the officer if they had found his child, the affidavit said.

Preston told the officer that he had walked to the store and was gone for about 10-15 minutes. The officer went to Preston's apartment and found the door unlocked and found three other children inside.

There was no furniture in the home, and the floor was "filthy, unkept, and" there were bottles of alcohol left open on the floor and "the entire apartment reeked of feces," the affidavit said.

The officer also found the oven on, and Preston said he had left it on while we went to the store, according to the affidavit.

When the officer found the dog locked in the closet, "the children reacted to the dog as if they had never seen it," the affidavit said.

The children also called each other "'Robert,' because the did not know their own names,'" the affidavit said.

Preston faces four charges of abandonment/endangerment of a child with intent to return. He also had a warrant out for his arrest for a probation violation in an aggravated robbery case.