The discovery was made during a traffic stop involving a big rig, deputies said. 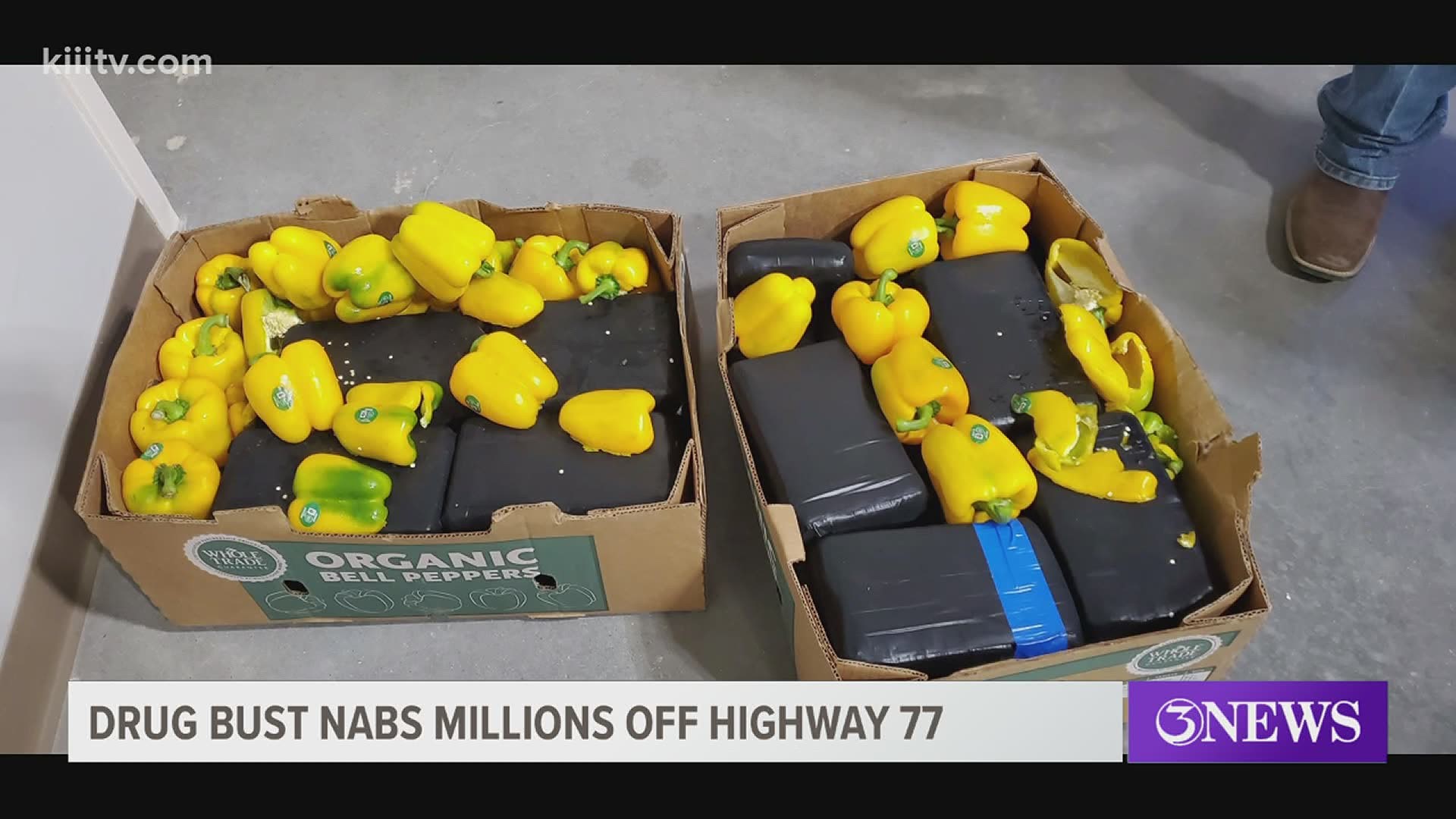 CORPUS CHRISTI, Texas — Many people love bell peppers, but would you ever believe that a box of those South Texas fruits could ever be worth a million bucks?

This story actually begins after drug agents from Nueces County, the Robstown Police Department and Jim Wells County stopped this 18 wheeler south of Robstown on Tuesday.

Officers say when they began questioning the driver, he became nervous. They asked to search his truck and he agreed, according to officials.

A canine team was brought in and the dog alerted them on something that was inside the trailer. That’s when the truck and the officers all headed to the Walmart in nearby Calallen. That’s where they began to unload the produce from the back of the 18 wheeler. One alert officer found out what made those peppers so expensive.

"One of the Robstown officers saw that one of the bell pepper boxes look like it had been crushed and it looked messed up so I just kept looking around outside of it with a flashlight and sure enough he saw bundles inside that one box," Mike Tamez with the task force said.

Agents tell 3News that they found 36 kilos of cocaine valued at nearly $1 million hidden in the bell peppers.

The truck driver is now facing at least one charge of possession of a controlled substance. We’re told that this case is still under investigation and may end up in the hands of federal authorities.