Three storm chasers were reportedly killed Tuesday in a crash east of Lubbock, according to KLBK. 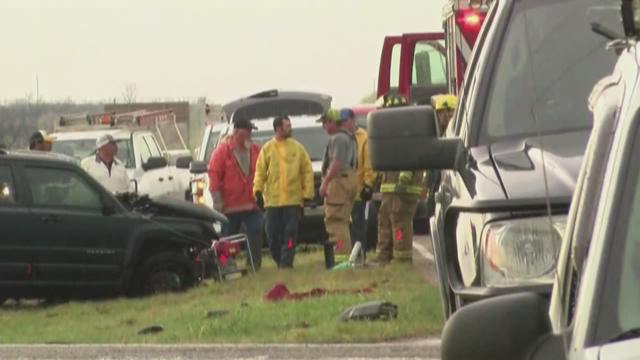 Three storm chasers were killed Tuesday in a crash east of Lubbock, according to KLBK.

It happened just before 3:30 p.m. in the town of Spur. The area was under a tornado warning at the time.

The victims were reportedly chasing the storm when they crashed into another vehicle. A black suburban driving north on FM 1081 went through a stop sign and collided with a black jeep that was heading westbound on FM 2794 around 3:30 p.m. Tuesday, DPS Sgt. John Gonzalez confirmed.

The victim in the Jeep has been identified as Corbin Lee Jaeger, 25, of Peoria, Ariz.

The Texas Department of Public Safety and the Dickens County Sheriff’s Department are investigating.

Tragedy strikes our community once again, confirming 3 storm chasers killed west of Spur TX. Now is the time to pray not share names.#txwx