DPS says they sent troopers to secure the scene after the McAllen Police Department asked them for assistance. 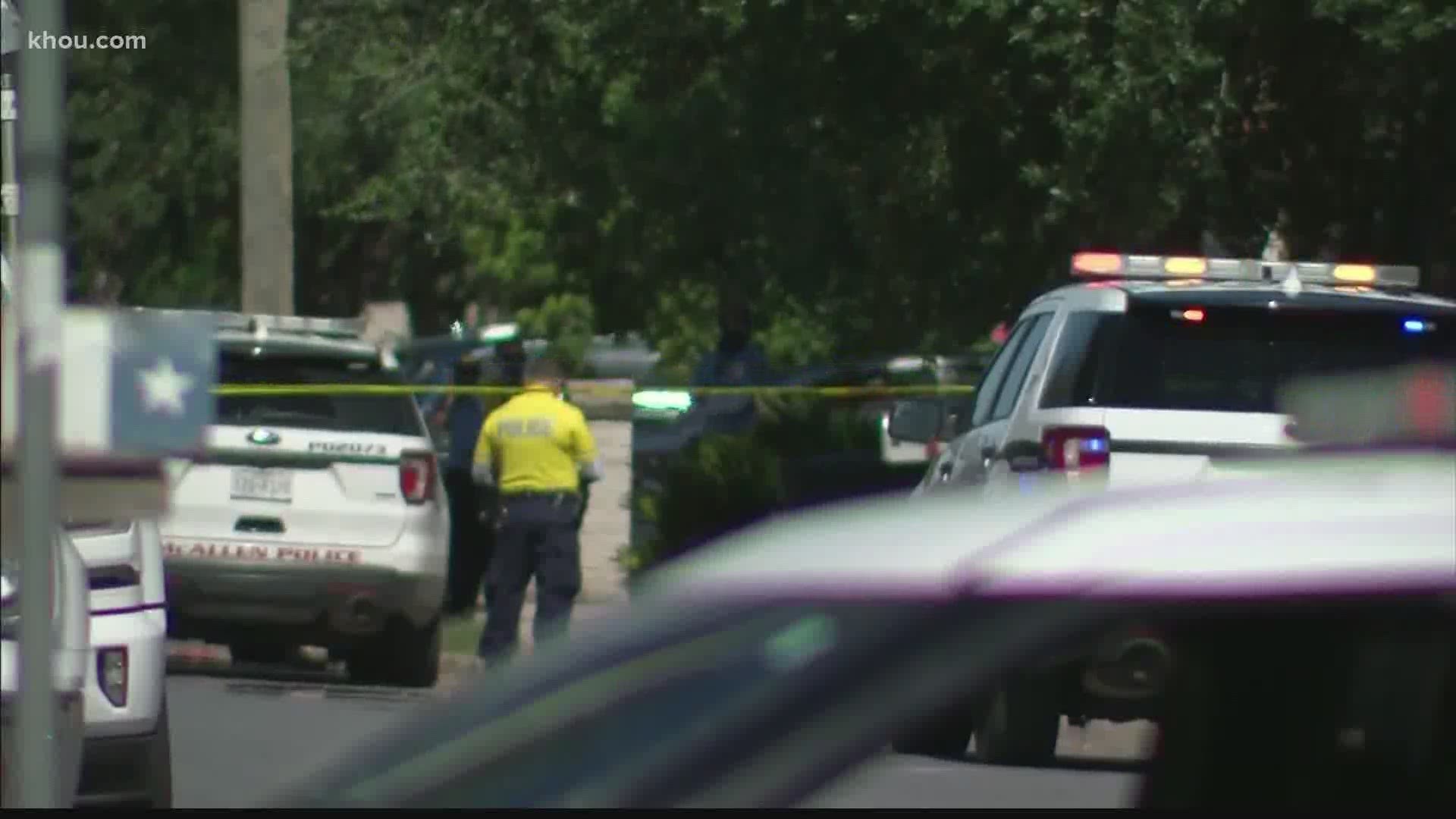 Texas Department of Public Safety spokesman Lt. Christopher Olivarez said both of the McAllen police officers were shot on the south side of the city and transported to an area hospital.

The city of McAllen has identified the two as Officer Edelmiro Garza, 45, and Officer Ismael Chavez, 39. Garza was a nine-year veteran on the force while Chavez has served for more than two years.

The police chief said the two officers did not have a chance to draw their weapons.

“The officers never had a chance to suspect deadly assault on them, much less death," the chief said.

Rodriguez said other officers patrolling the area drove by to check up on the responding officers and saw them down. They then approached the home.

Camarillo exited the home and was behind a vehicle when the officers approached him. Rodriguez said the officers instructed him to put his gun down, but instead he fatally shot himself.

Olivarez said DPS sent troopers to secure the scene after the McAllen Police Department asked them for assistance.

He noted that his agency received a call about the incident around 4:30 p.m.

City of McAllen TX Government
In an abundance of caution, the next regularly-scheduled City of McA... llen Commission meeting, scheduled for Monday, July 13, 2020 will be held via ZOOM only. For those wishing to make public comments, please call the McAllen's City Secretary's Office at 681-1020 by no later than 4:00 p.m.

Gov. Greg Abbott expressed his condolences to the McAllen police chief. He released the following statement.

“The hearts of every Texan are broken tonight as two of our finest in the City of McAllen Police Department have paid the ultimate sacrifice. We are praying for our frontline heroes in McAllen and around the state. This office stands ready to assist however we can.”

Two of our finest were killed in the line of duty while working to protect residents in their community.

I've spoken with McAllen Police Chief Victor Rodriguez and offered the full support of the State of Texas.

"Deeply saddened to hear of the passing of two @CityofMcAllen PD Officers who were killed in the line of duty today. Heidi and I are lifting up in prayer their families and the entire #McAllen community, and stand with all the courageous men & women who protect our communities."

Deeply saddened to hear of the passing of two @CityofMcAllen PD Officers who were killed in the line of duty today. Heidi and I are lifting up in prayer their families and the entire #McAllen community, and stand with all the courageous men & women who protect our communities. https://t.co/5QSmHQqbVA