In October and November, an aggressive coyote had been spotted four times along Eldorado Parkway. 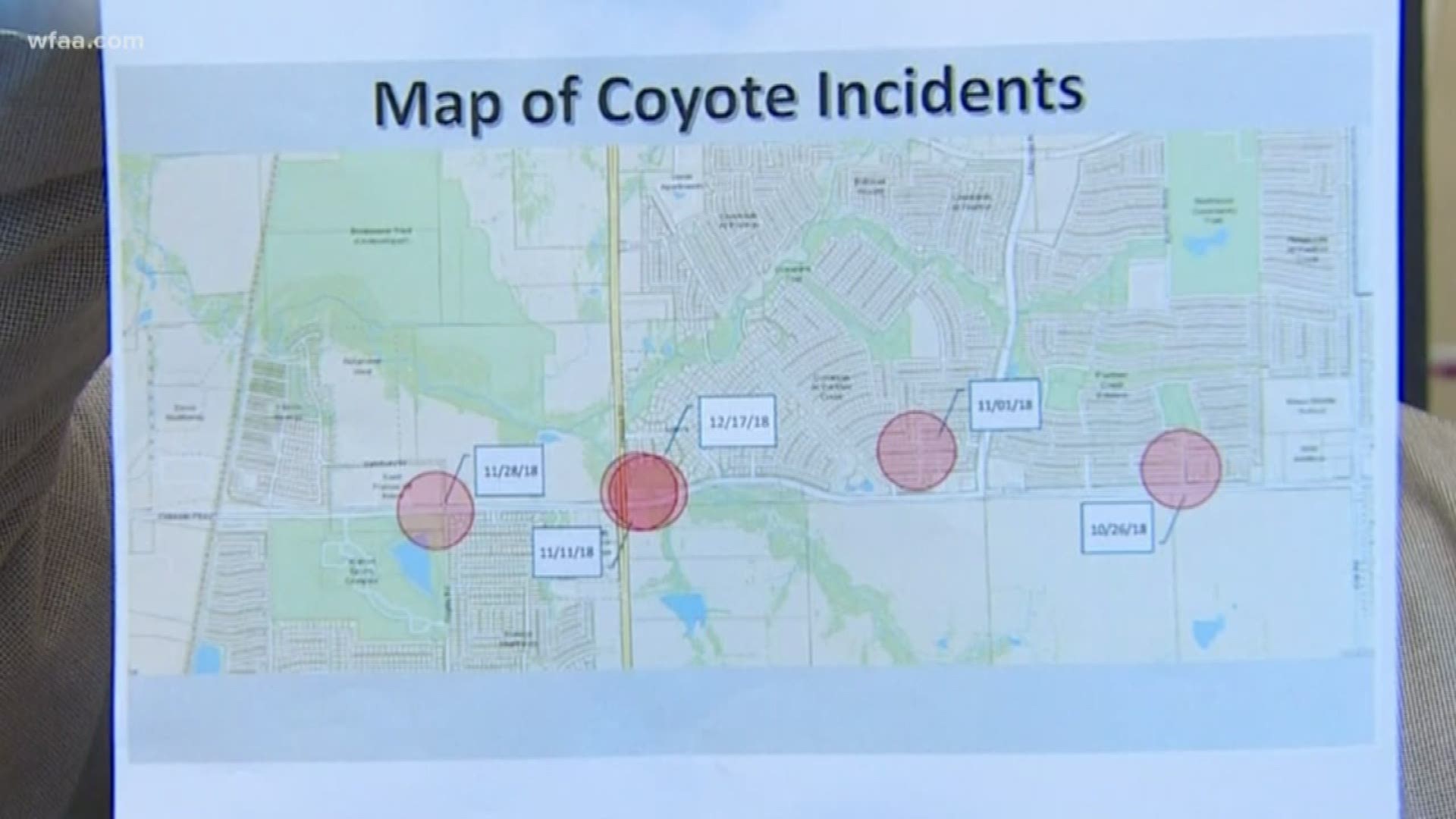 Another coyote attack in Frisco has left two female joggers injured Monday morning in the same area where an aggressive coyote has been spotted four other times since October.

The attack happened about 6 a.m. near Eldorado Parkway and Preston Road.

Both joggers suffered minor injuries and were taken to a hospital for treatment, police said.

In the previous incidents in November, a coyote attacked a jogger's neck, forcing the jogger to undergo surgery, and it also attacked a child, resulting in a minor injury.

In one incident, on Nov. 11, a police officer spotted a coyote "stalking" a runner at the intersection of Eldorado and Preston Road, police said. The officer turned on his siren and drove through the intersection, scaring off the coyote, according to dashcam footage.

Some neighbors in that area said the coyote attacks have them on edge.

“We’ve been looking around and just making sure nothing’s been coming out of the woods," Theo Green said.

Neighbors said the concern was growing as they learned more victims were getting attacked by the animal.

“You know, Frisco is a pretty safe town,” Green said. “Knowing that a coyote is running around here and chasing after people, it kind of makes you not even want to go out and walk your pet or just do anything else.”

Shana Boyarski, another nearby resident, has been on high alert, knowing there have been five coyote attacks in the same general area since late October.

Boyarkski said she and her children are too nervous to walk their dog at night. They’ve altered their schedules, as a safety measure.

Frisco police believe the same aggressive animal is behind each case.

"This is very abnormal for this to happen which is concerning for us," Sgt. Jeff Inman said.

For now, police said Animal Control officers are regularly patrolling the area. They have hired an outside contractor to try catching the coyote. They are also consulting with Texas Parks and Wildlife.

Hopefully, they will be able to catch the coyote pretty soon," Boyarski said.