Some restaurant owners are preparing their employees for combative customers. 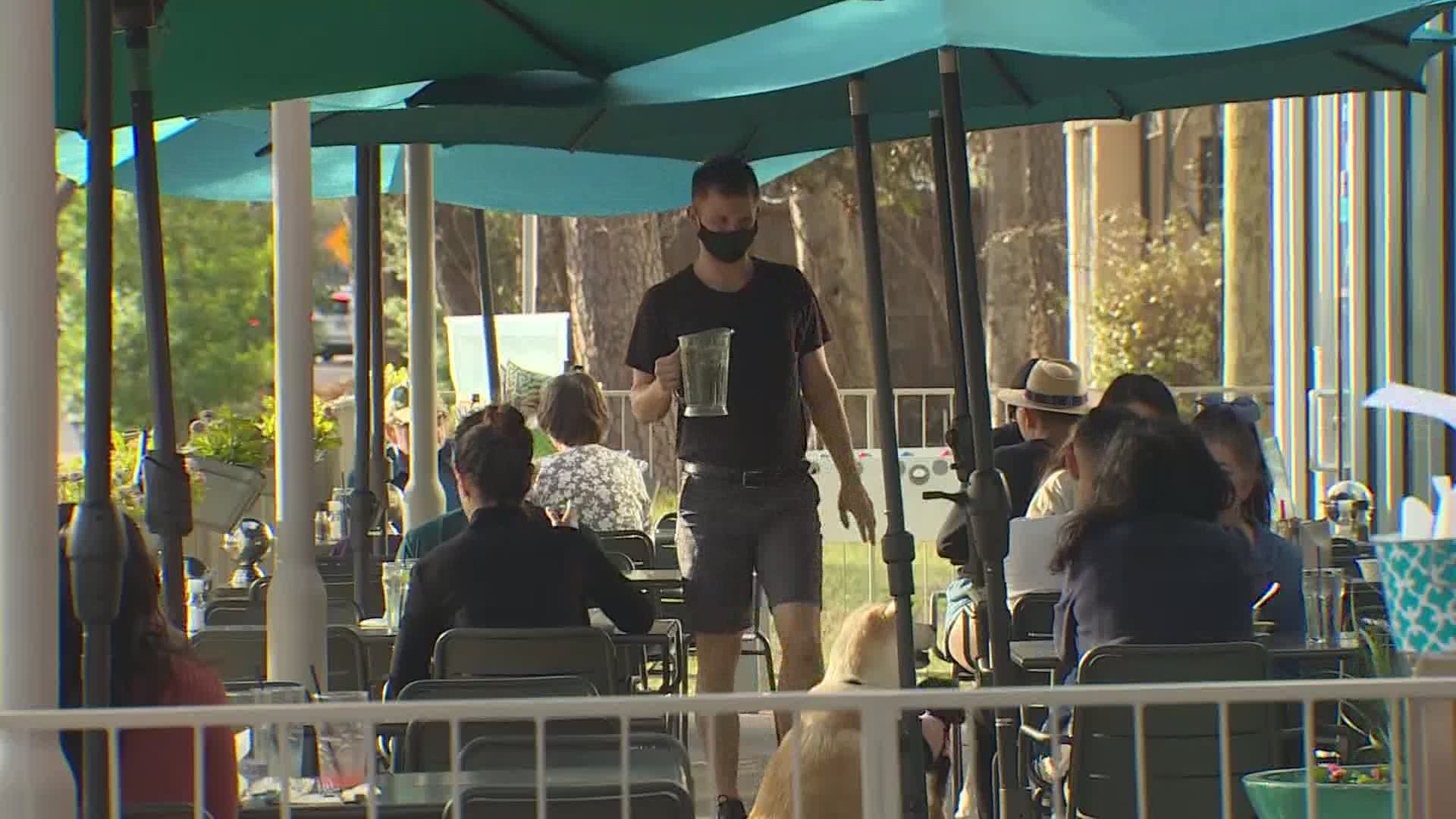 HOUSTON — On the eve of Governor Greg Abbott's statewide rollbacks, business owners are forced to make up their own minds about following CDC guidelines.

In a year with a pandemic, Daniel Wolfe took a gamble.

“We’ve been rocking and rolling with the punches with covid," he said. “Opening the restaurant during this time is incredibly challenging.”

City Cellars HTX in the Museum District is his dream.

“It’s definitely a constantly evolving, OK so what are we doing today?" Wolfe said.

He’s already making a plan for tomorrow. When the statewide mask mandate ends at midnight, he still plans to require them inside his restaurant.

“We’re right in the heart of the Museum District, and I can see one of the hospitals from the Medical Center from where I’m standing. I’m going to trust them over any politician from either party," Wolfe said.

“People should realize that businesses are entitled to ask them to wear a mask," said Emily Berman, a UH Constitutional Law Professor.

Berman said even though Texans like to tout and flex their freedom, the law is clear.

At this restaurant, there are options.

“If you don’t want to wear a mask, that’s great, you know, sit on our patio," Wolfe said.

But still, this owner is preparing his employees for combative customers.

“All of our staff does have to undergo training on how to cut someone off that has too much alcohol, so it’s kind of the same thing, you know," Wolfe said.

We’ve also heard from restaurants that are doing the opposite: not requiring masks for staff and guests. But no matter what side you’re on, if you become violent or destructive, you could face criminal charges.