Alex Chod thought his life and career might be over when doctors found a brain tumor, but thanks to surgeons in Houston, he's now on the road to recovery. 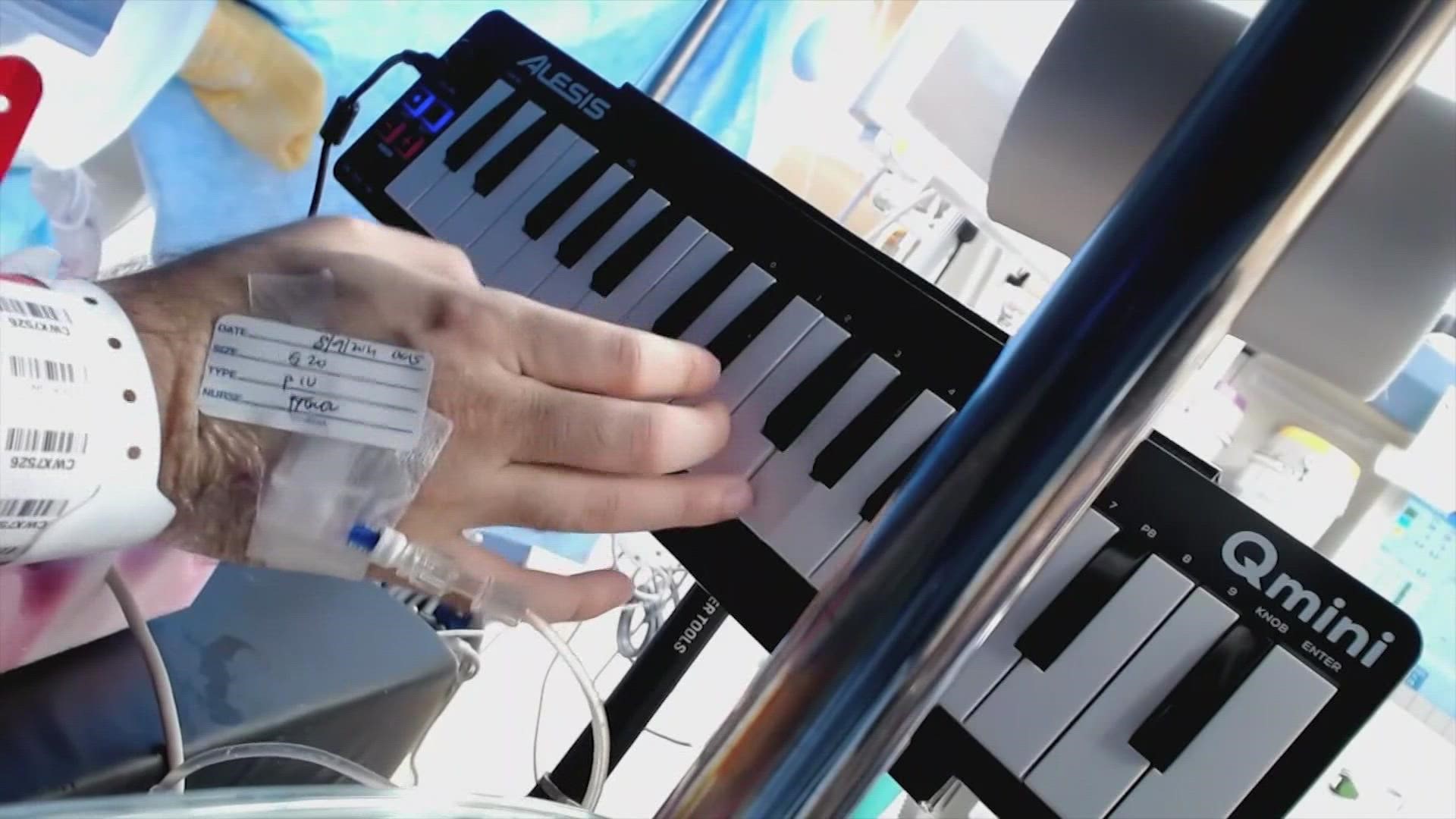 HOUSTON — An Austin man thought his life and career might be over when doctors discovered a brain tumor. Less than a month later, thanks to surgeons in Houston, he's on the road to recovery.

"I was chilling at my house on a Sunday and I felt really funny, and I called my mom and I couldn't say anything on the phone," Alex Chod said.

On July 25, Chod suffered a seizure and was taken to the hospital.

"We found this large mass in his left temporal lobe immediately adjacent to an involving part of the brain that has to do with language, perception and music perception," Dr. Nitin Tandon, a surgeon at Memorial Hermann, said.

Chod went to Memorial Hermann to have the tumor removed.

"We're going to do the surgery with the patient awake," Tandon said.

Doctors performed an awake craniotomy. That's a procedure when the patient is awake for part of the procedure where doctors map the brain.

"Music is critical for him, for a vocation and defines him as a person," Tandon said. "Pinpoint which parts of his brain make language and music to stay away from those areas and to remove the tumor without any major impact on those two critical functions for him."

“It's the craziest thing," Chod said. "I feel very crazy about it."