Almost every year someone becomes a victim of celebratory gunfire. A Texas lawmaker and survivor continues to push for stricter penalties. 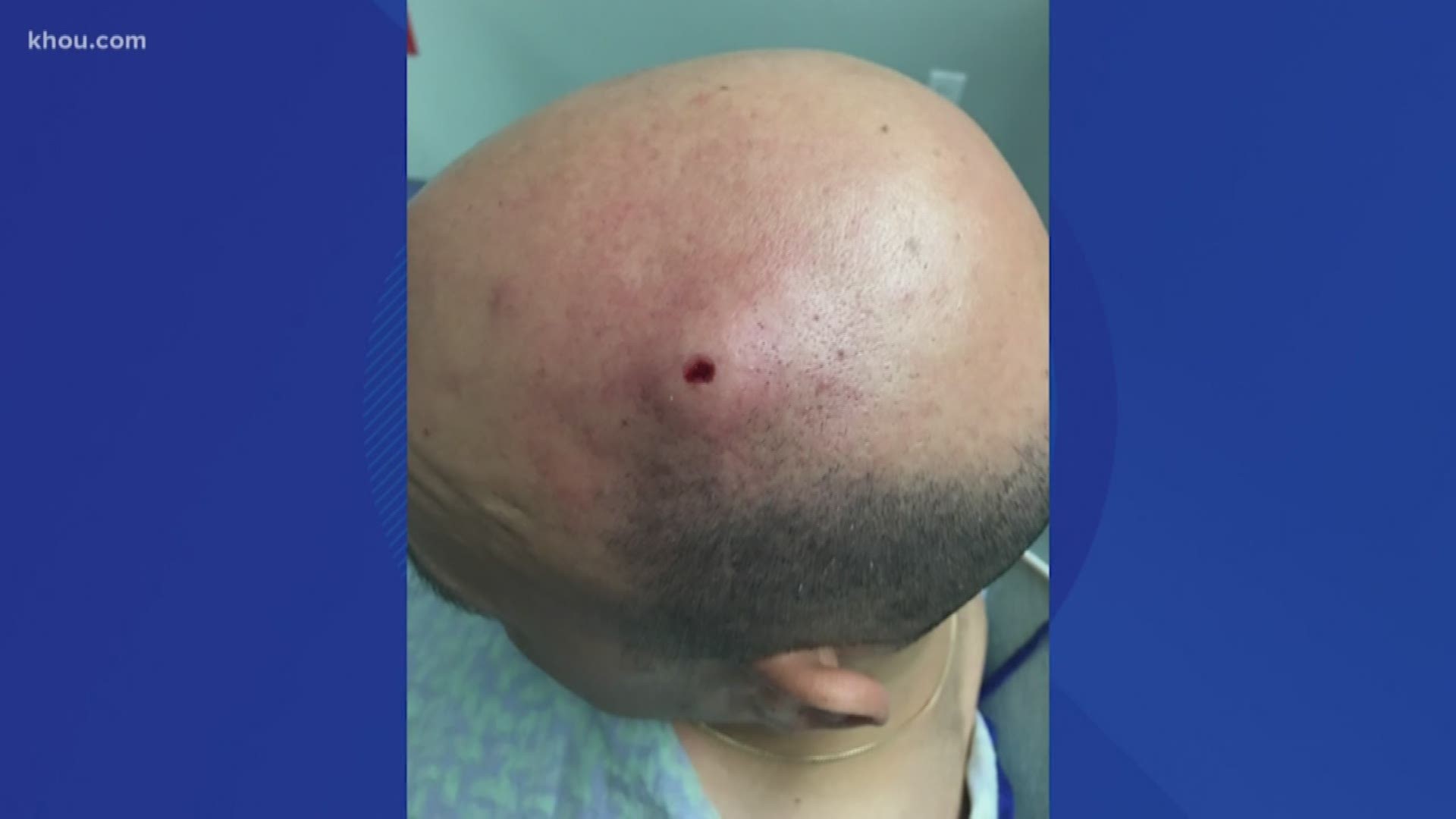 HOUSTON — Just two days into 2020, Crime Stoppers of Houston already has its sights set on a bill for next year -- one that would address celebratory gunfire.

The push comes after 61-year-old Phillipa Ashford was killed by a stray bullet outside her home New Year’s Eve.

Since 2017, Rep. Armando Martinez, D-Weslaco, has been fighting to pass legislation that would make indiscriminate, or celebratory, gunfire illegal.

Martinez was ringing in 2017 with family and fireworks in the Rio Grande Valley when he was struck in the head by a random bullet.

“My wife came over,” Martinez said, “I just hugged her and gave her a kiss and for whatever reason I let her go.”

Moments later, he was shot. At first, Martinez thought the wound was superficial because he could still talk and walk. Doctors quickly realized it was serious.

“When they did the CT scan, it revealed that the bullet had gone all the way through the skull and was poking my brain,” Martinez said.

Martinez was rushed into surgery to have the bullet removed. After his recovery, Martinez introduced legislation in 2017 to prevent celebratory gunfire.

“There is no current law,” Martinez said. “There is a lot of gray area.”

His bill would penalize people with a Class A misdemeanor who knowingly fire a weapon without an intended target. The penalty would become a first-degree felony in the event of serious bodily injury or death occurred.

His bill failed to pass, so he reintroduced it in 2019, but it failed again. He plans to refile in the next legislative session.

Every year before New Year’s Eve, law enforcement in Harris County vows to go after these dangerous shooters. In 2019, several people were arrested, and the DA’s office promised to crack down once again overnight this past New Year’s, and charge them.

However, Andy Kahn with Crime Stoppers Houston said he was surprised to learn there’s no direct law against celebratory gunfire. It’s up to law enforcement to find a charge it could fit under.

“I was actually surprised that a bill has been filed not once but twice instead of Texas to address celebratory gunfire to enhance penalties and it went nowhere. I was kind of dumbfounded at that.”

Martinez finds it frustrating that his bill hasn’t moved forward and believes it’s a necessary step in protecting people from these dangerous shootings.

“There is no way to defend firing your weapon in the air,” said Martinez. “Number one, bullets are much more expensive than fireworks; number two, it’s just completely irresponsible.”

“Those types of tragedies can be stopped and should be stopped.”

When Martinez refiles next session, Kahn says Martinez's bill will have the support of Crime Stoppers Houston, and other area law enforcement agencies behind him.

“So that’s going to be one of our main goals next session and hopefully the third times a charm.”

RELATED: 'I’m not going to get to hug him again' | Family of man killed outside popular Houston bar begs for answers