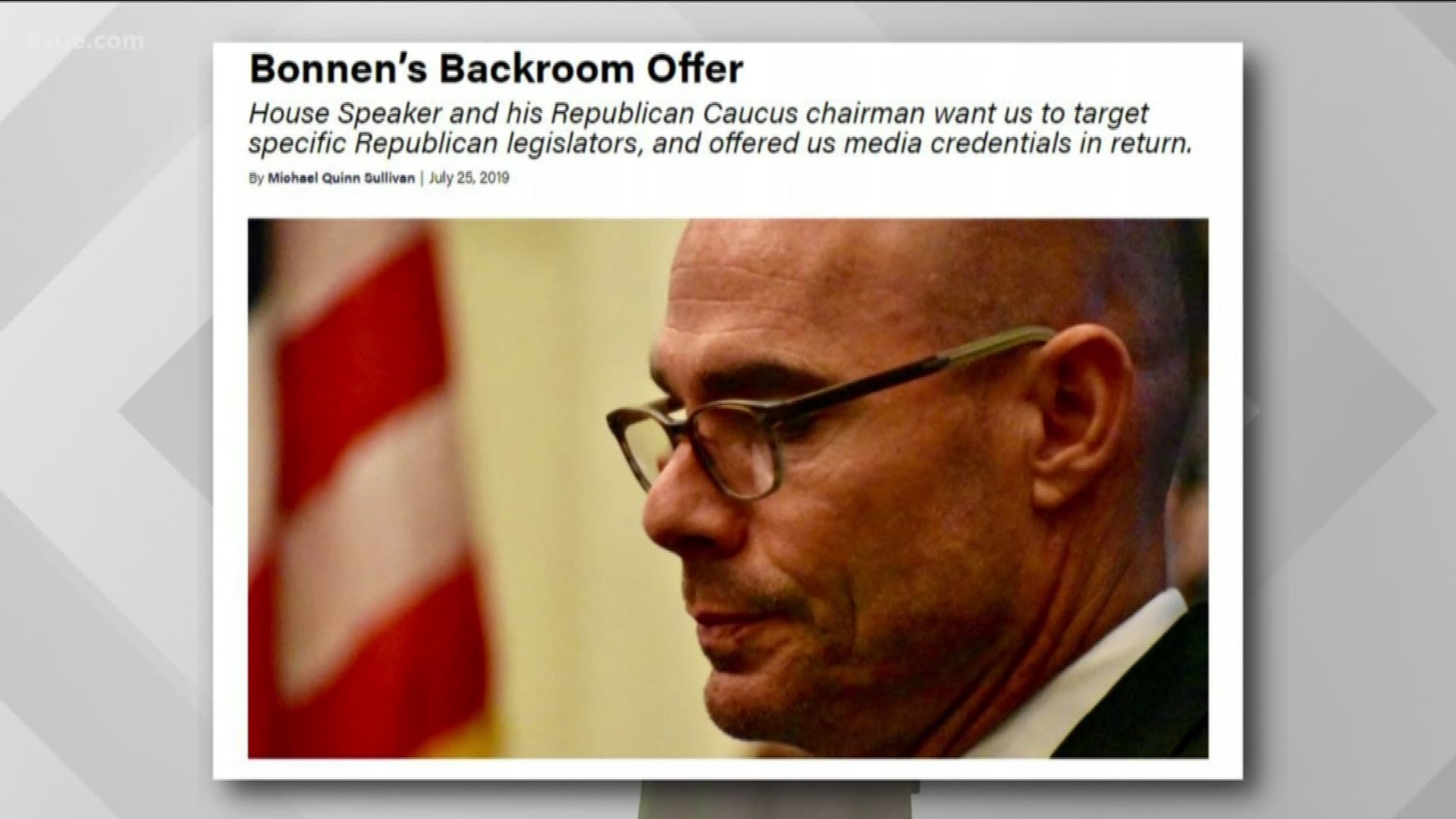 AUSTIN, Texas — A scandal is starting to swirl around the Texas Capitol involving Speaker of the House Dennis Bonnen (R-Angleton), the CEO of the conservative group Empower Texans, and a conversation they had in June.

In the final days of the legislative session, Speaker Bonnen told members more than once that he wouldn't tolerate them campaigning against incumbents, regardless of their party.

So, many people were shocked when Michael Sullivan, CEO of the conservative group Empower Texans, posted an article on the Texas Scorecard website, an arm of Empower Texans, last month alleging he received a "backroom" offer from Bonnen.

Sullivan wrote that Bonnen offered Texas Scorecard media credentials to get onto the House floor, something Sullivan has wanted for years. If he agreed, his well-funded Empower Texans PAC wouldn't go after certain Republicans but would target a list of others.

Bonnen came out and said Sullivan was lying. But Sullivan wrote another article, stating he recorded the whole conversation. That was followed by reports that he played the recording for Republicans on the list and others and they confirmed Sullivan's story about the campaign hit list.

On Tuesday, Bonnen emailed the members of the House apologizing for the meeting and for things he said. But Wednesday, the House General Investigating Committee announced it's having a hearing with plans to launch an investigation.

And Thursday, the Texas Democratic Party filed a lawsuit over all this, alleging the actions of Bonnen and Sullivan violate the Texas Elections Code.

Read the lawsuit in full below: 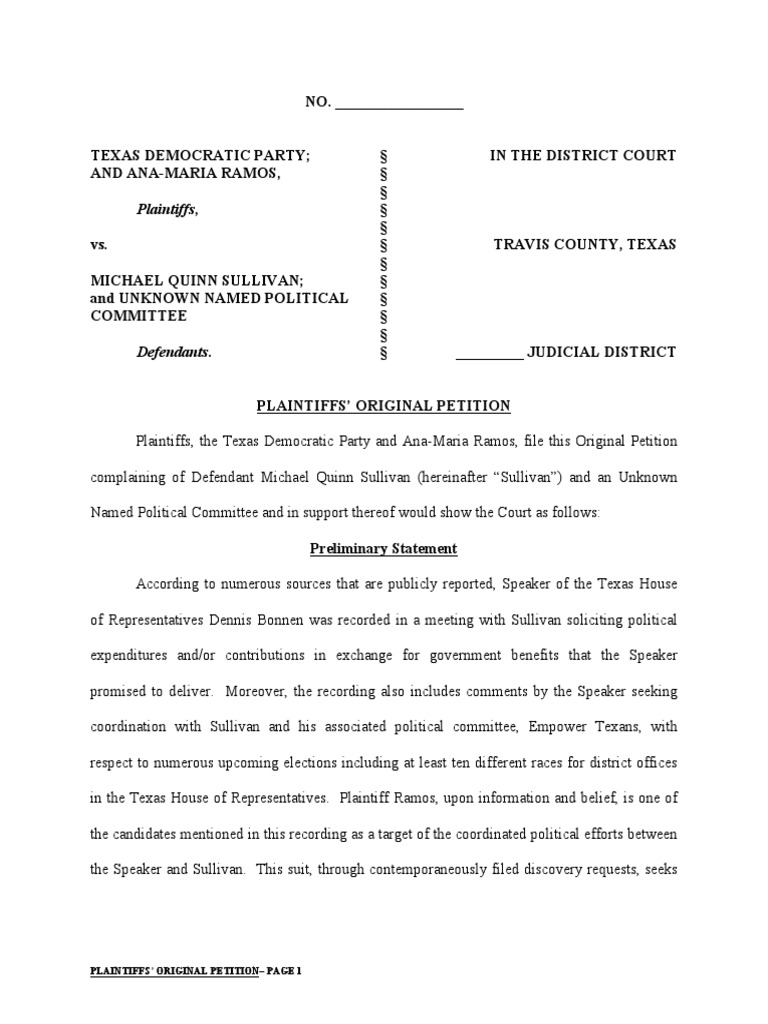 Two zebras dead after escaping from owners in New Braunfels