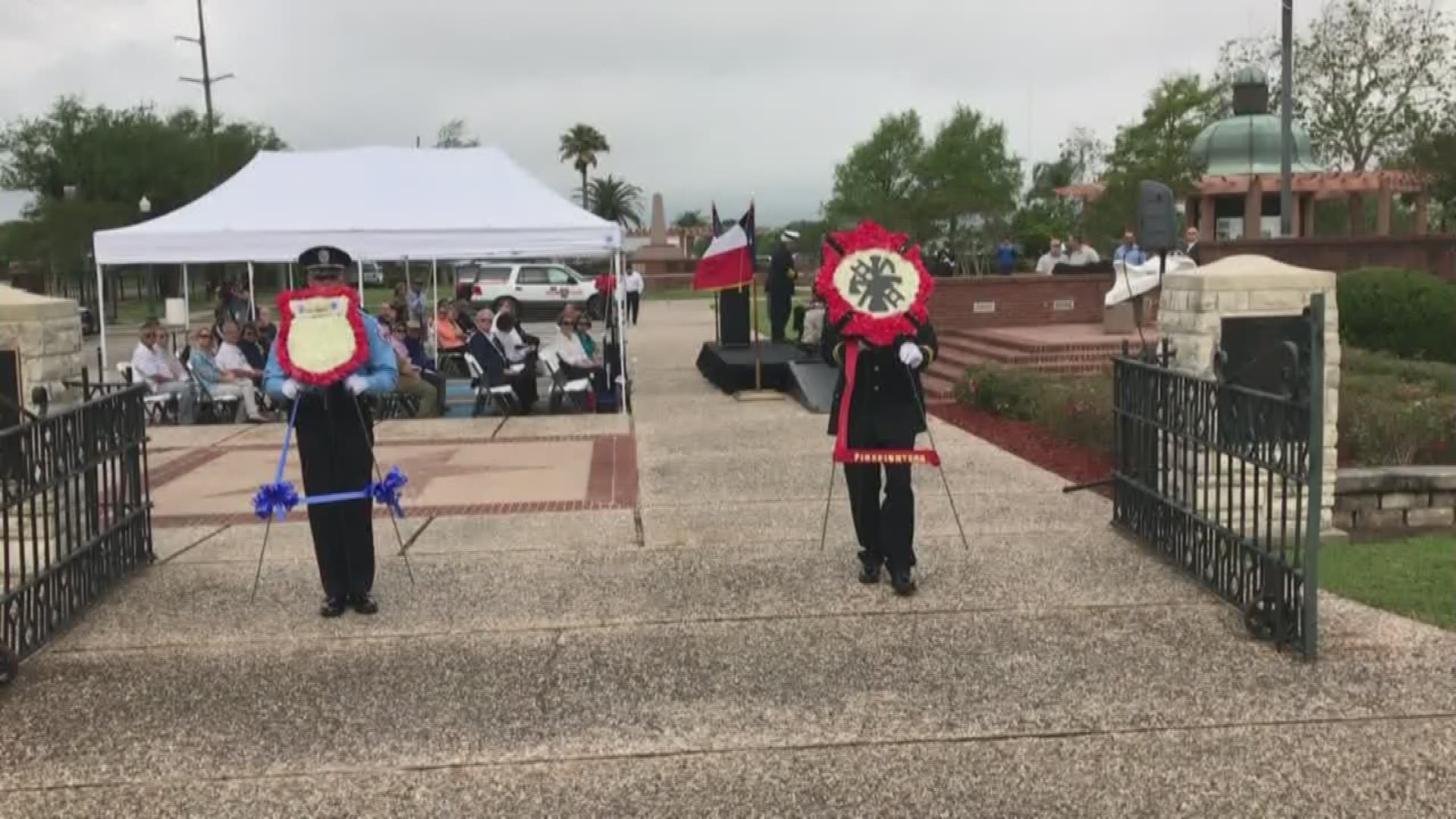 HOUSTON, Texas — TEXAS CITY, Texas — On April 16 of every year, Donna Spurlock Falco walks up to a stone memorial in a Texas City park and lays a flower beneath her uncle's name.

Editor's note: This story was originally published in 2015, and the video was broadcast on KHOU 11 in 2017 on the previous anniversaries of the disaster.

"Took us three days to find Uncle Joe," she said.

The park's centerpiece is a busted section of a 3,000 pound anchor that was blasted more than a mile and a half away from the S.S. Grandcamp, a ship carrying a load of fertilizer that ignited a catastrophic chain of explosions and fires now collectively and infamously known as the Texas City disaster.

On this date in 1947, longshoremen had spent the last five days loading onto the Grandcamp sacks of ammonium nitrate, a fertilizer that would later become notorious as the explosive agent used in the 1995 Oklahoma City bombing. At least 2,300 tons had been loaded onto the ship when workmen boarded it and discovered a fire.

By the time the town's volunteer firefighters arrived, a cloud of dense and colorful smoke had attracted a crowd of curious bystanders. At 9:12 a.m., the ammonium nitrate cargo detonated in a blast so powerful it shook the ground for hundreds of miles and registered as an earthquake in Denver.

Fireballs shooting into the sky were visible across Galveston Bay. The concussion triggered a fifteen foot wave that crashed over the dock and flooded surrounding streets. A chemical plant just a football field's distance from the explosion was flattened in an instant.

"We didn't know if the world was coming to an end," said Vera Bell Gary, who was teaching a classroom full of middle-school students. "All was black. The whole sky, you could see the flames going up between the smoke."

The blast sent hot shrapnel flying through the sky, puncturing and igniting storage tanks full of oil and chemicals in nearby refineries. Without the 28 firefighters who died in the blast, Texas City was virtually defenseless against a series of secondary explosions and roaring infernos.

Another ship anchored next to the Grandcamp, the High Flyer, was loaded not only with 1,000 tons of fertilizer but also with 2,000 tons of sulfur, a substance that made the ammonium nitrate even more volatile. When the High Flyer caught fire, tugboat workers tried but failed to tow it away from the docks to minimize the damage from an inevitable explosion. Fifteen hours after the first blast, at about 1:10 a.m. on April 17, the High Flyer's cargo detonated in yet another massive explosion.

At least 581 people died in the disaster, but the exact tally of the dead will never be known. So many dismembered body parts were scattered around the city, authorities spent months identifying corpses. Among the dead, it's believed, were an untold number of foreign sailors and laborers.

Today, the remains of 63 unidentified victims are buried beneath berms in a memorial park, a short walk away from the anchor of the ship blasted into the sky by the explosion aboard the S.S. Grandcamp.