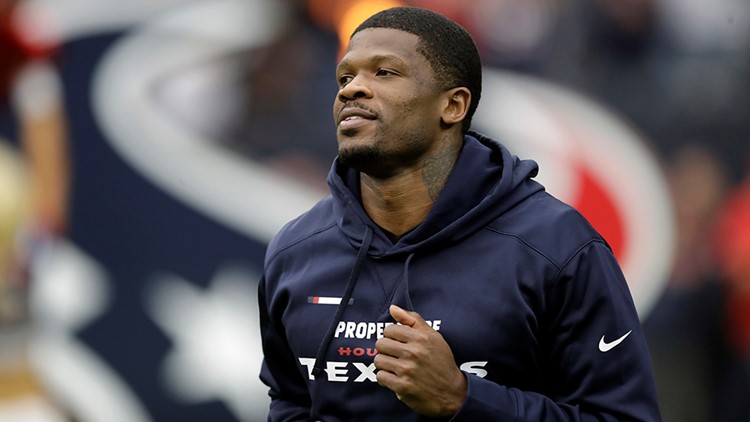 HOUSTON — Andre Johnson is one of the most beloved sports figures in Houston history.  And the feeling has always been mutual.

When the star wide receiver’s football career ended, he signed a one-day contract with his former team so he could retire as a Houston Texan. Johnson now serves as a special advisor to the Texans.

The Miami native has always given back to the city he now calls home. The Andre Johnson Foundation works with underprivileged youth "to motivate and empower them to make a difference."

Dre takes Houston kids on a shopping spree every Christmas and lets them choose whatever they want.

He raised money to help Houston rebuild after Harvey.

But a man and woman Johnson says he recently encountered apparently didn’t see any of that.

Johnson said he was sitting at a restaurant last week when a white man called him “boy.”

On Wednesday, Johnson says a white woman accosted him at a stoplight.

“And just a few minutes ago I had a white lady at the stop light give me the middle finger and call me a “n****r and yells “president Trump,” Johnson posted on Instagram. “Be careful out here and protect yourself.”

“I’m sorry this happened to you. Because of you, a lot of lives have changed, whether it was your generosity every Christmas or being a role model for a young child with a dream. Stay strong, the world we live in isn’t always kind, but it still is because of people like you,” said one.

“Not all trump supporters are like that trust me man. but sorry u had to go through that,” one posted.

But others said they don’t believe the story and accused Johnson of “fake news."

If you’d like to send a message to Johnson, join the conversation here.