Constable Mark Herman said his accident investigators are confident no one was in the driver's seat when the car hit a tree. 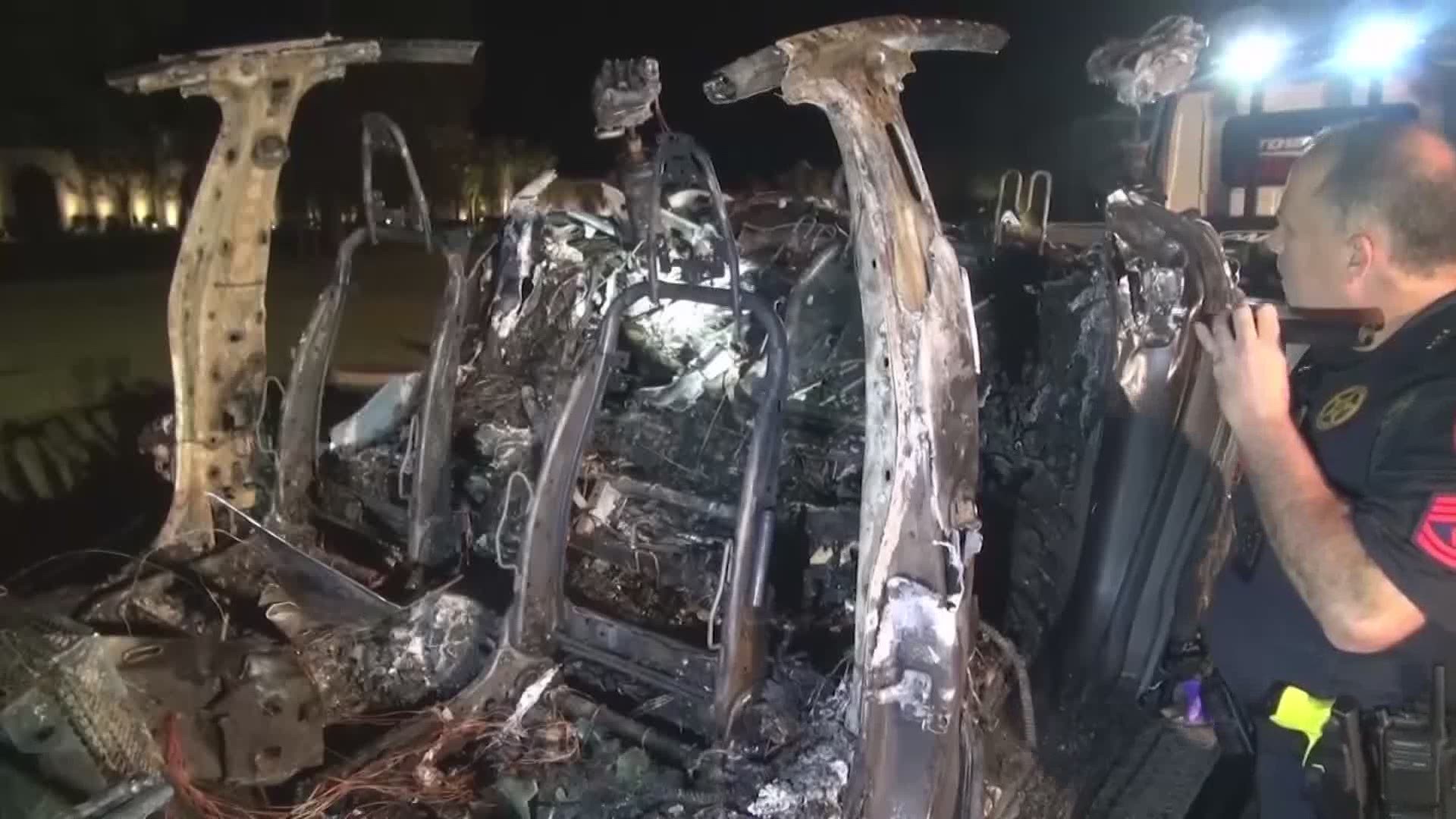 SPRING, Texas — 5/10 update: The NTSB report said there is video of the owner getting behind the wheel just before the accident. They said the car did have autopilot, but needs both the Traffic Aware Cruise Control and Autosteer features engaged to work.  During the NTSB's re-enactment, they weren't able to get the Autosteer feature to engage.

4/26 update: Tesla founder Elon Musk and other company executives pushed back against reports that suggested the crash had something to do with Tesla's autopilot feature.

RELATED: Federal investigators to look into fiery Tesla crash near The Woodlands that killed two people

This happened at about 11:25 p.m. in the Carlton Woods Subdivision on Hammock Dunes Place.

Constable Herman said the 2019 Tesla Model S was traveling on a roadway and at some point, the vehicle, which deputies said was traveling at a high rate of speed, came to a slight curve. Deputies say the car went off the roadway, crashed into a tree and burst into flames.

Herman said it took firefighters nearly four hours and more than 30,000 gallons of water to extinguish the fire.

“Normally when the fire department arrives, they have the vehicle fire in control in minutes, but this went on close to four hours,” said Herman.

At one point, crews had to call Tesla to ask how to put the fire out, Herman said.

“[Investigators] are 100-percent certain that no one was in the driver seat driving that vehicle at the time of impact,” Harris County Precinct 4 Constable Mark Herman said. “They are positive.” #KHOU11 https://t.co/q57qfIXT4f pic.twitter.com/eQMwpSMLt2

Once the fire was put out, Herman said deputies recovered two bodies from the Telsa and said neither one of them was behind the wheel. Herman said one person was found in the front passenger seat and the other person was in the backseat.

“They are 100 percent certain that no one was in the driver seat driving that vehicle at the time of impact. They are positive," Herman said. "And again, the height from the back seat to the front seat, that would be almost impossible, but again our investigators are trained. They handle collisions. Several of our folks are reconstructionists, but they feel very confident just with the positioning of the bodies after the impact that there was no one driving that vehicle.”

Tesla founder Elon Musk tweeted on Saturday the electric car maker’s accident data report for the first quarter of 2021, saying a driver of Tesla with autopilot engaged is 10 times less likely to be in an accident than a driver behind the wheel of an average vehicle.

So far, deputies have only confirmed that one of the victims was 59 years old and the other was 69 years old.

This is still an ongoing investigation.  KHOU11 has reached out to Tesla for comment.