Elon Musk, Tesla executives dispute reports that deadly crash in The Woodlands was related to autopilot

The company said it believes someone was likely in the driver's seat when the vehicle crashed, killing Dr. William Varner and Everette Talbot. 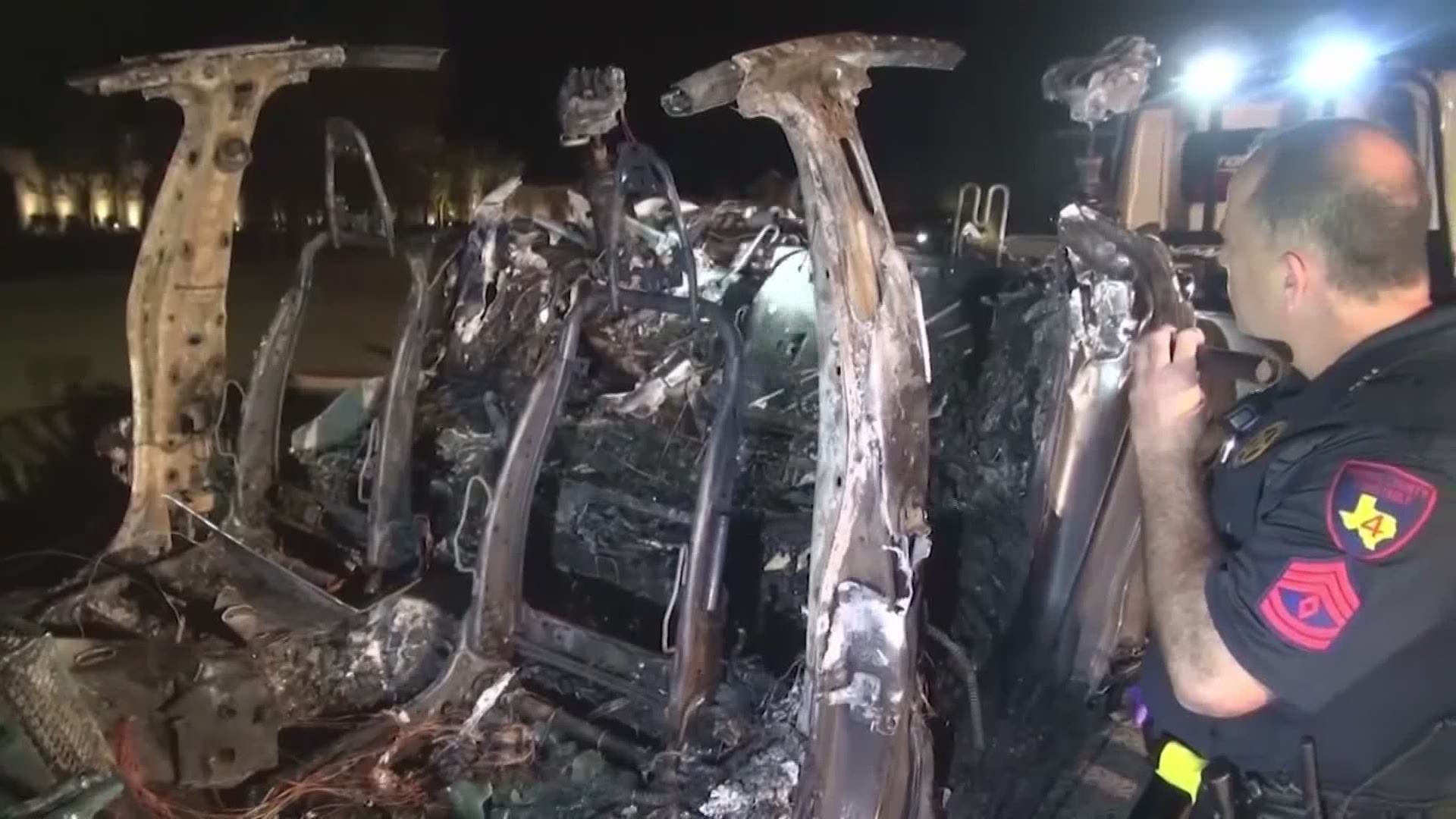 HOUSTON — Tesla says they believe someone was in the driver's seat during the deadly crash that happened in The Woodlands earlier this month.

Tesla's founder calls allegations that the crash is related to autopilot “completely false.”

Dr. William Varner and Everette Talbot were both killed in the crash.

During Tesla’s earnings call on Monday, someone asked a question about how the company would respond to what they called "deceptive media reports" about the crash.

“There was really just extremely deceptive media practices where it was claimed to be autopilot with us is completely false," Musk said. "And those journalists should be ashamed of themselves.”

Tesla founder Elon Musk and other company executives pushed back against reports that suggested the crash had something to do with Tesla's autopilot feature.

One of the executives shared details he claims Tesla has gathered while working with crash investigators.

"We did a study with them over the past week to understand what happened in that particular crash," the Tesla executive said. "And what we've learned from that effort was that all steer did not and could not engage on the road condition that as it was designed, our adaptive cruise control only engage when the driver was buckled in about five miles per hour, and it only accelerated to 30 miles per hour over the distance before the car crashed.”

RELATED: Tesla founder Elon Musk responds to report that no one was behind wheel in deadly Tesla crash

The executive said they believe there was someone in the driver’s seat when the vehicle crashed.

"We inspected the car with NTSB and NTHSA and the local police and we were able to find that the steering wheel was indeed deformed," the Tesla executive said. "So there was leading to the likelihood that someone was in the driver's seat at the time of the crash and all seatbelts post-crash were found to be unbuckled.”

Shortly before midnight on April 17 the vehicle crashed into trees in the gated Carlton Woods neighborhood not far from one of the victim’s homes.

"They are 100% certain that no one was in the driver seat driving that vehicle at the time of impact. They are positive," Pct. Four Constable Mark Herman said in regards to the investigation.

He says the men’s family members watched as the Tesla Model S burned for hours.