NTSB: Driver was behind wheel at time of fiery Tesla crash in Spring, refuting original claims

Dr. William Varner and Everette Talbot were both killed in the crash. Federal investigators say evidence confirms the doctor was driving at the time. 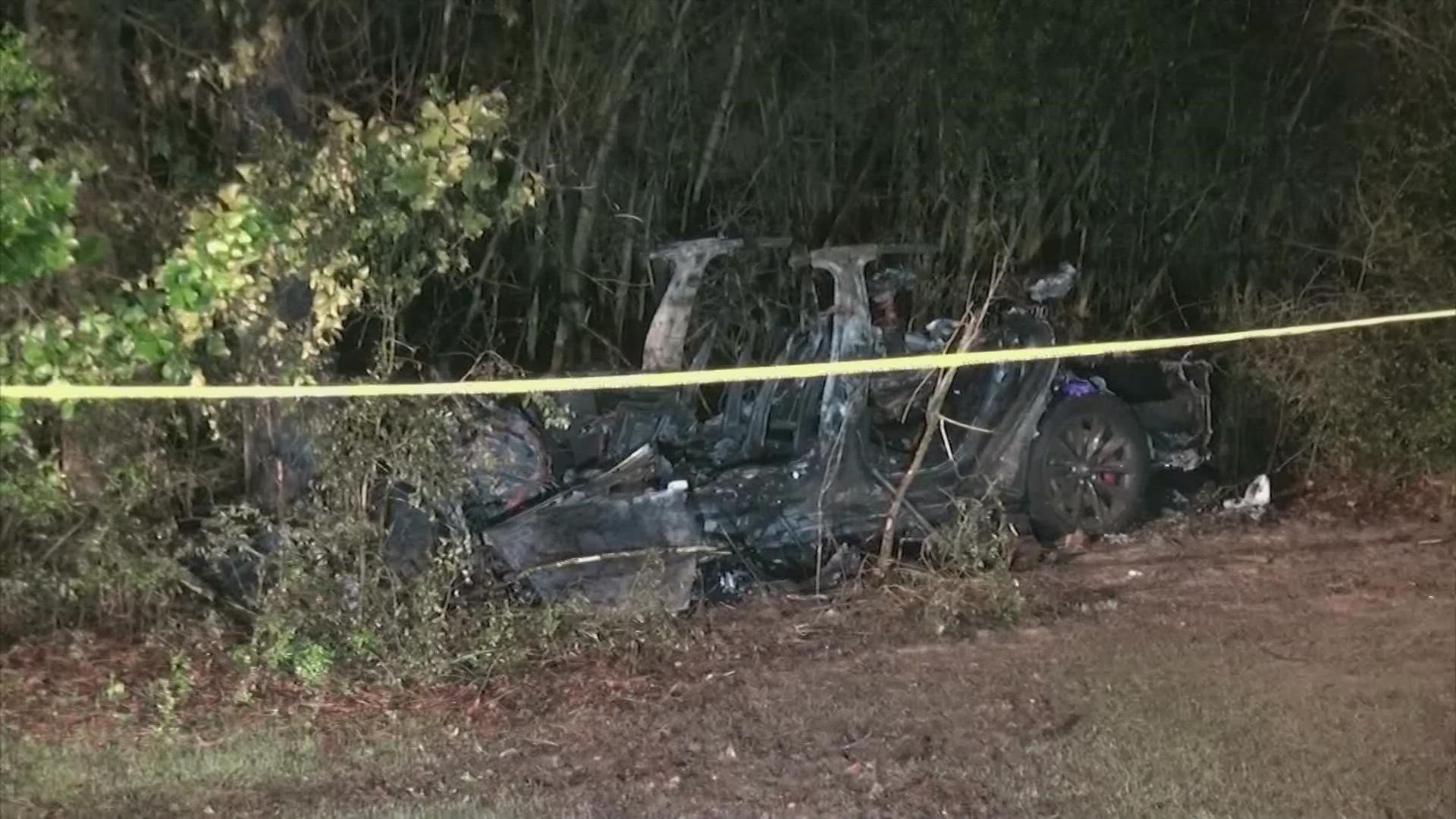 HOUSTON — The National Transportation Safety Board has released new details about what happened during a Telsa crash that killed two Spring men in April, and some of what the agency is saying is different from what investigators originally reported.

The NTSB is saying not only was the driver behind the wheel at the time of the crash, but the report claims the driver was wearing his seatbelt when the Telsa electric car went off the roadway on April 17, crashed into a tree and burst into flames in the Carlton Woods Subdivision on Hammock Dunes Place.

Dr. William Varner and Everette Talbot were both killed in the crash.

The day after the crash, Harris County Precinct 4 Constable Mark Herman said his deputies recovered two bodies from the Telsa and neither one of them was behind the wheel, leading them to believe no one was driving the vehicle upon impact. Herman said one person was found in the front passenger seat and the other person was in the backseat.

“They are 100 percent certain that no one was in the driver seat driving that vehicle at the time of impact. They are positive," Herman said.

“[Investigators] are 100-percent certain that no one was in the driver seat driving that vehicle at the time of impact,” Harris County Precinct 4 Constable Mark Herman said. “They are positive.” #KHOU11 https://t.co/q57qfIXT4f pic.twitter.com/eQMwpSMLt2

Back in May, the NTSB released a report saying there was video of the owner getting behind the wheel just before the accident. The NTSB says the car did have Autopilot, but needs both the Traffic Aware Cruise Control and Autosteer features engaged to work.  During the NTSB's re-enactment, they weren't able to get the Autosteer feature to engage.

Since their initial findings in May, the NTSB has had a chance to evaluate and investigators discovered three things.

A report from the Harris County Fire Marshal's Office said after the fire was extinguished -- which Herman reported took four hours and more than 30,000 gallons of water -- Talbot was in the front passenger seat, but Dr. Varner was found in the backseat.

A week after the crash, Tesla founder Elon Musk commented on the allegations that the crash was related to autopilot and called the reports “completely false.”

An autopsy report said Varner died, in part, to smoke inhalation, which means he was still breathing after the crash.

The NTSB said this is not a final report and investigators are still looking at several things including the car's autopilot system and the driver's toxicology results before making a final conclusion.