Teen in coma after getting stuck in intake pump at Galveston Co. water park

It happened at the Fun Town Water Park after the sheriff says the boy lifted a grate in the pool. 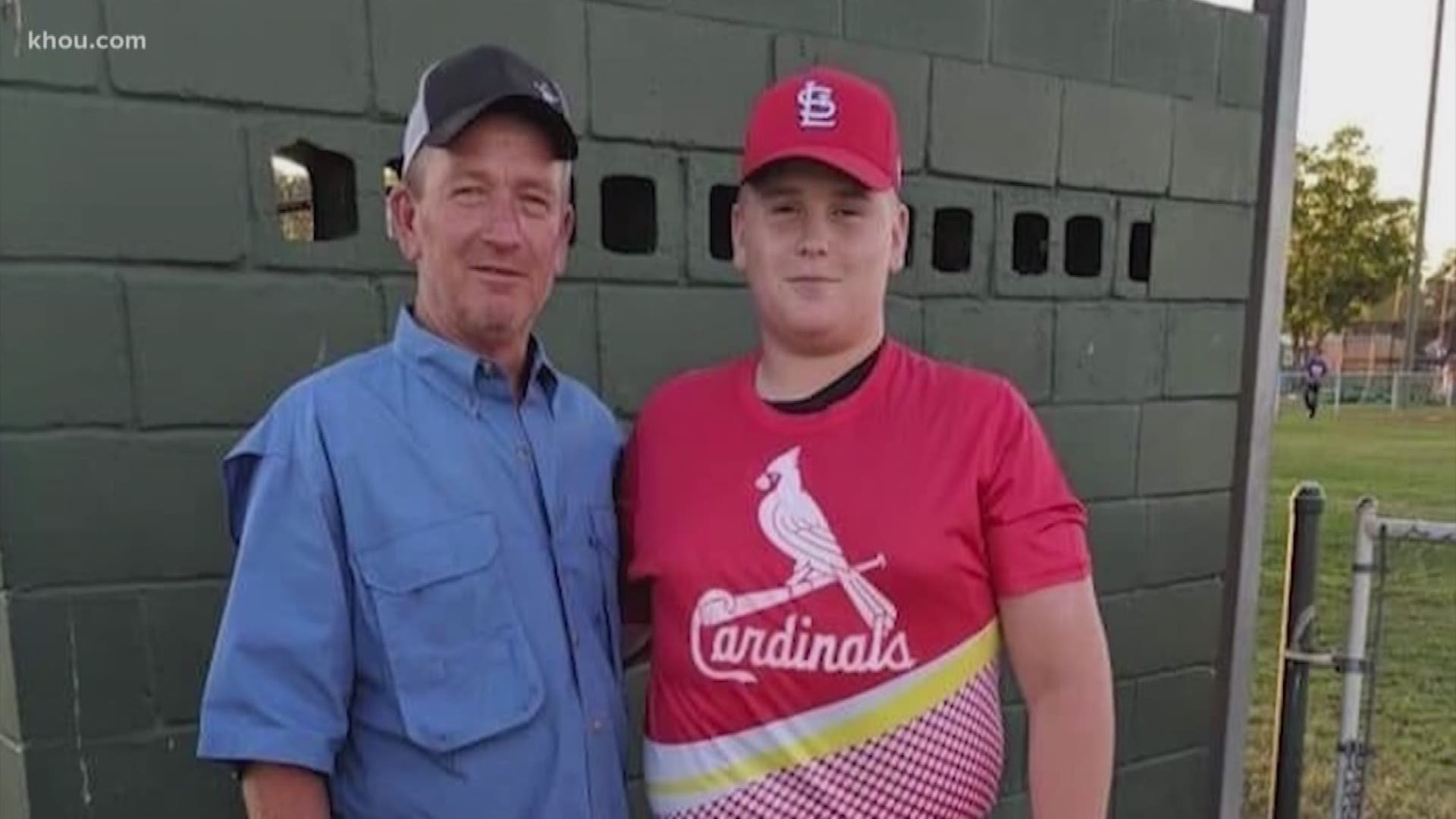 BOLIVAR PENINSULA, Texas — A 14-year-old boy is in a medically induced coma after nearly drowning at a water park on the Bolivar Peninsula.

It happened Saturday night at Fun Town Water Park. Galveston County Sheriff Henry Trochesset said Caden Strimple slipped into an intake pump after he lifted a grate in the pool.

“Even after they turned the pump off, there was still a suction keeping him down,” Sheriff Trochesset said.

Caden was in about three feet of water when he nearly drowned.

When they finally pulled him out, the sheriff said Caden was unconscious but came to soon after.

“He told his dad, ‘I love you, sorry it happened.’ He was able to stand up. They walked him away from the area to the gurney to get into the ambulance,” Sheriff Trochesset said.

However, the sheriff said Caden suffered internal injuries that required him to be put into a medically induced coma.

Sheriff Trochesset has known Caden’s father for more than 30 years, so this incident hits close to home.

“I’ve talked to his father personally myself, and as any father would be, he’s concerned for his son," he said.

Caden is at the University of Texas Medical Branch in Galveston.

On Monday, the tight-knit community came together to pray for Caden and his family.

The sheriff’s office is investigating and they’re looking at what can be done to make sure something like this doesn’t happen again.

We reached out to Fun Town Water Park. A park employee said owner Harold LeBlanc had no comment.

A GoFundMe page has been set up to help Caden’s family as he recovers.