Teen dies after jumping out of moving vehicle during argument with mother on I-45, sheriff says

Sheriff Gonzalez said the teen was struck by another vehicle, which did not stop at the scene. 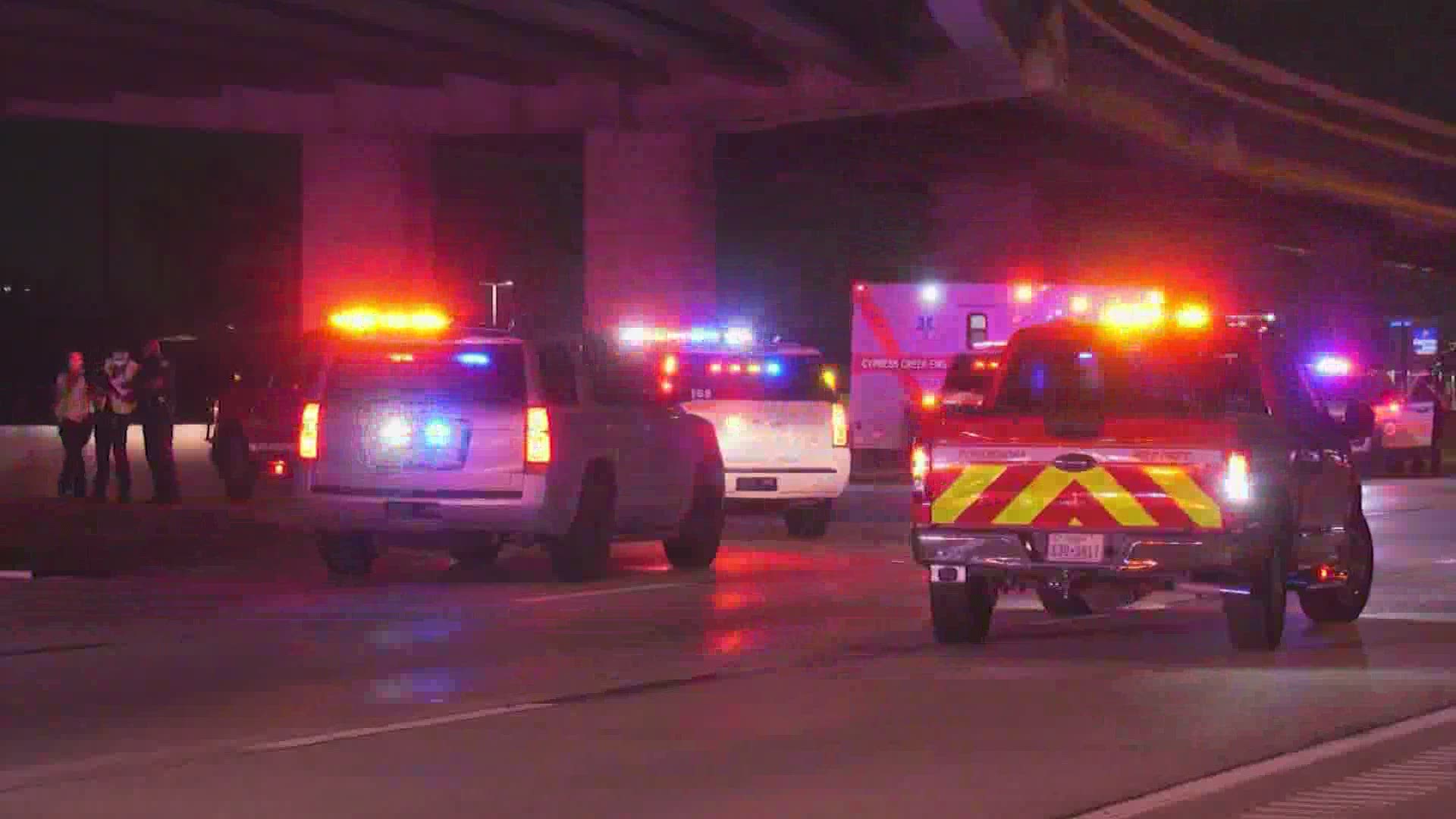 HARRIS COUNTY, Texas — Harris County Sheriff Ed Gonzalez said a teen was killed Monday after she jumped out of a moving vehicle on the North Freeway.

Gonzalez said the teen was arguing with her mother when she opened the door and jumped out while it was moving. The teen was struck and killed by another vehicle, which did not stop and left the scene, Gonzalez said.

No further details were immediately released.

The southbound lanes of I-45 were closed at FM 1960 while crews worked at the scene of the incident.

The freeway has since reopened for the Tuesday morning rush hour.

@HCSOTexas units responded to a scene at 16827 North Freeway. Preliminary info: a teen female (possibly 15) was having a disturbance w her mother when she jumped out of a moving car. The teen was struck by an unknown car the fled the scene. Teen was pronounced deceased on scene. pic.twitter.com/utlQ5khzvX