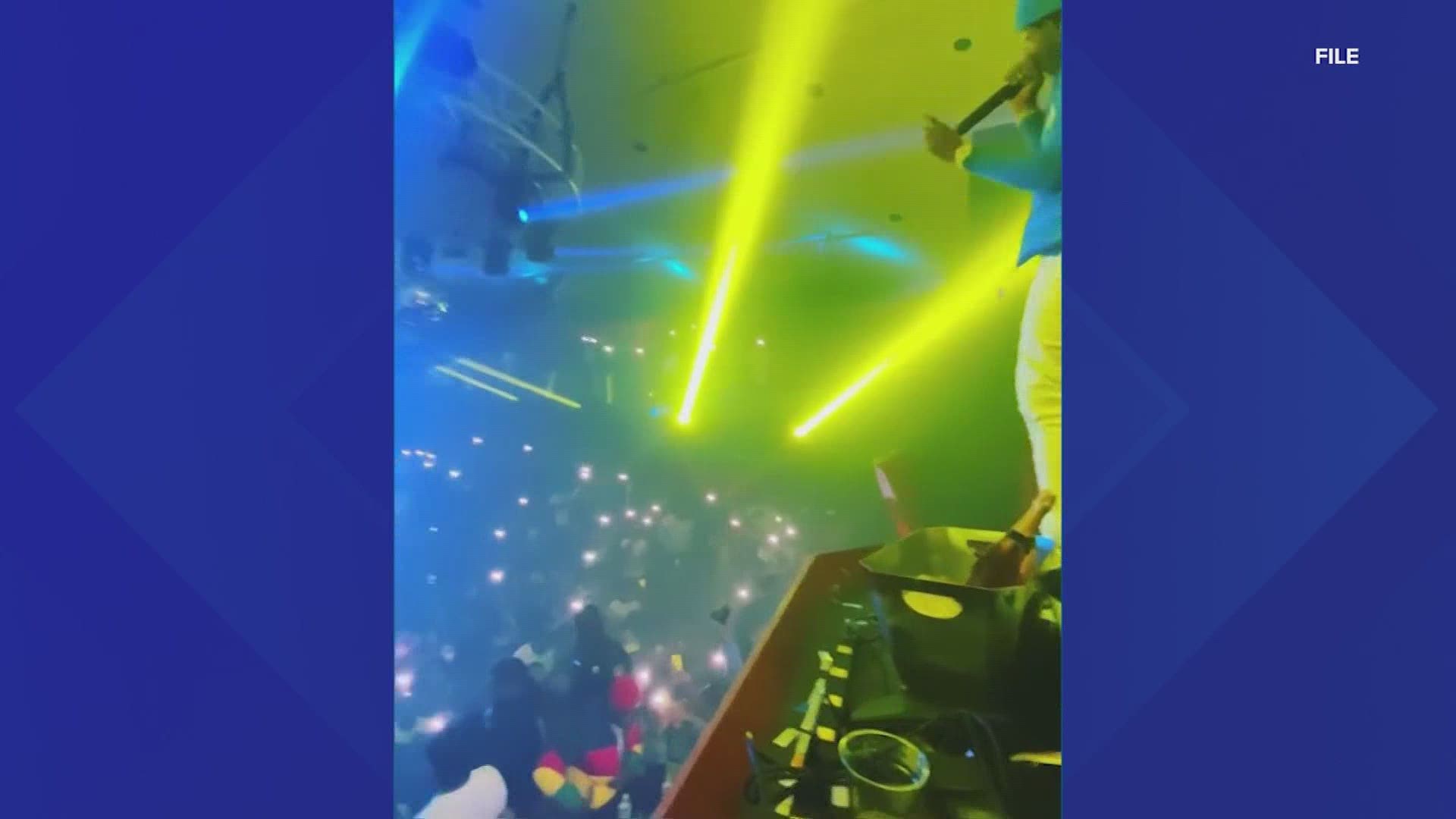 HOUSTON — Mayor Sylvester Turner said fire crews would be out Saturday night keeping an eye on Houston nightclubs that have been reclassified as restaurants.

Mayor Turner said these restaurants are becoming community spreaders, and he’s hoping TABC will step in.

Rapper Bow Wow is getting a lot of criticism for his concert Friday night in Houston.

“I am still getting disturbing pictures of people who are hanging out in these clubs that have been re-characterized as restaurants," Mayor Turner said.

The video from Bow Wow’s public Instagram page shows a packed club inside Cle Houston with hardly anyone wearing a mask.

“They are community spreaders, and they are working against what we are trying to achieve," Mayor Turner said.

Mayor Turner is calling out clubs out that have been reclassified as restaurants.

“And let me tell you, they are not restaurants. So I am calling on the TABC to really crack down and to rescind some of these reclassifications," Mayor Turner said.

TABC said it has opened a complaint and are now investigating Cle Houston over Friday night’s event. The club’s license was suspended back in September for violating Governor Greg Abbott’s Emergency Order, but the suspension was resolved nine days later.

“But as Chief (Samuel) Pena said, 'Mayor, it is ludicrous when these bars and clubs have been allowed to be reclassified themselves as restaurants, and when you look at these pictures, there’s no food on the table.' None," Mayor Turner said.

But Mayor Turner wants TABC to do more.

“They have to review their policies. That is a huge loophole," Mayor Turner said.

He said he’s spoken with Chief Pena, who said he will have crews out at these restaurants Saturday night, but said with this loophole, enforcement isn’t easy.

“And it makes it difficult for us to do anything with when TABC has allowed these clubs to operate as restaurants, and they are not," Mayor Turner said.

But Chief Pena on Twitter said, “personal decisions are critical and personal responsibility is key to beating the #coronavirus.”

There is a real risk of overwhelming our healthcare services here in @HoustonTX and people - our friends and family - could die needlessly from this virus https://t.co/VqnzyY5rJJ

We have reached out to Cle Houston for a response to Friday night’s event. We are still waiting to hear back.