Police called in a heavy duty crane to lift the SUV off the embankment so it could be towed away. 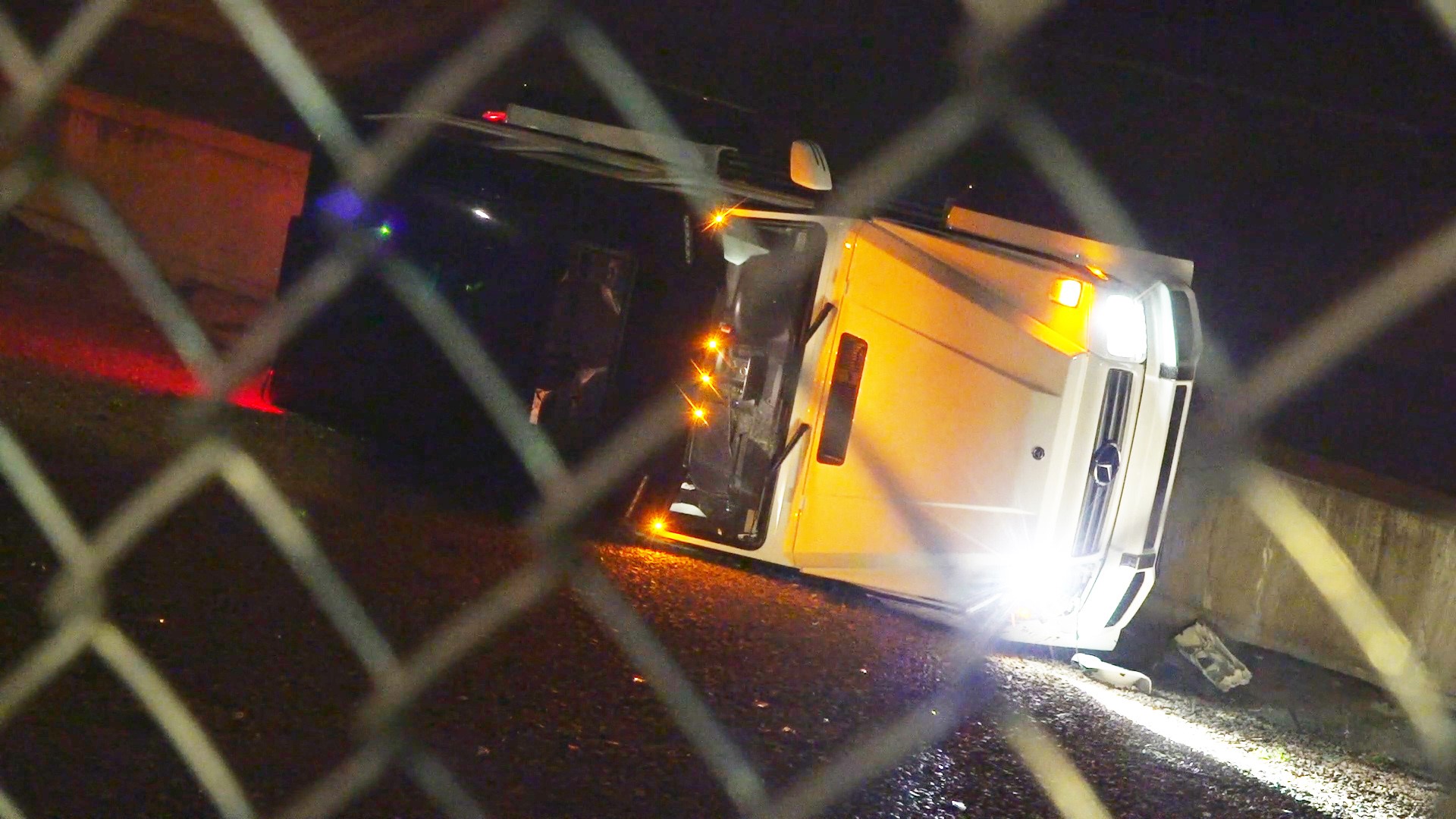 HOUSTON — Two vehicles were involved in a crash that sent an SUV flying down an embankment along the Southwest Freeway in Houston's Midtown.

Just before 2:30 a.m. Friday, Houston police and firefighters responded to the freeway at Elgin where they found a Mercedes G Wagon on its side on the embankment.

It appeared the Mercedes and a Nissan Altima collided at the intersection of Hamilton and Elgin above, sending the Mercedes through a barrier. Thankfully the SUV did not smash through the second barrier, preventing it from going into the freeway's mainlanes and colliding with even more vehicles.

At least one person was taken to the hospital, however.

There’s no word as to who was at-fault in the wreck.

Police called in a heavy duty crane to lift the SUV off the embankment so it could be towed away. The freeway has now fully reopened.