The charge comes after investigations by the Harris County District Attorney's Office and the University of Houston, which suspended the fraternity from campus until 2023. 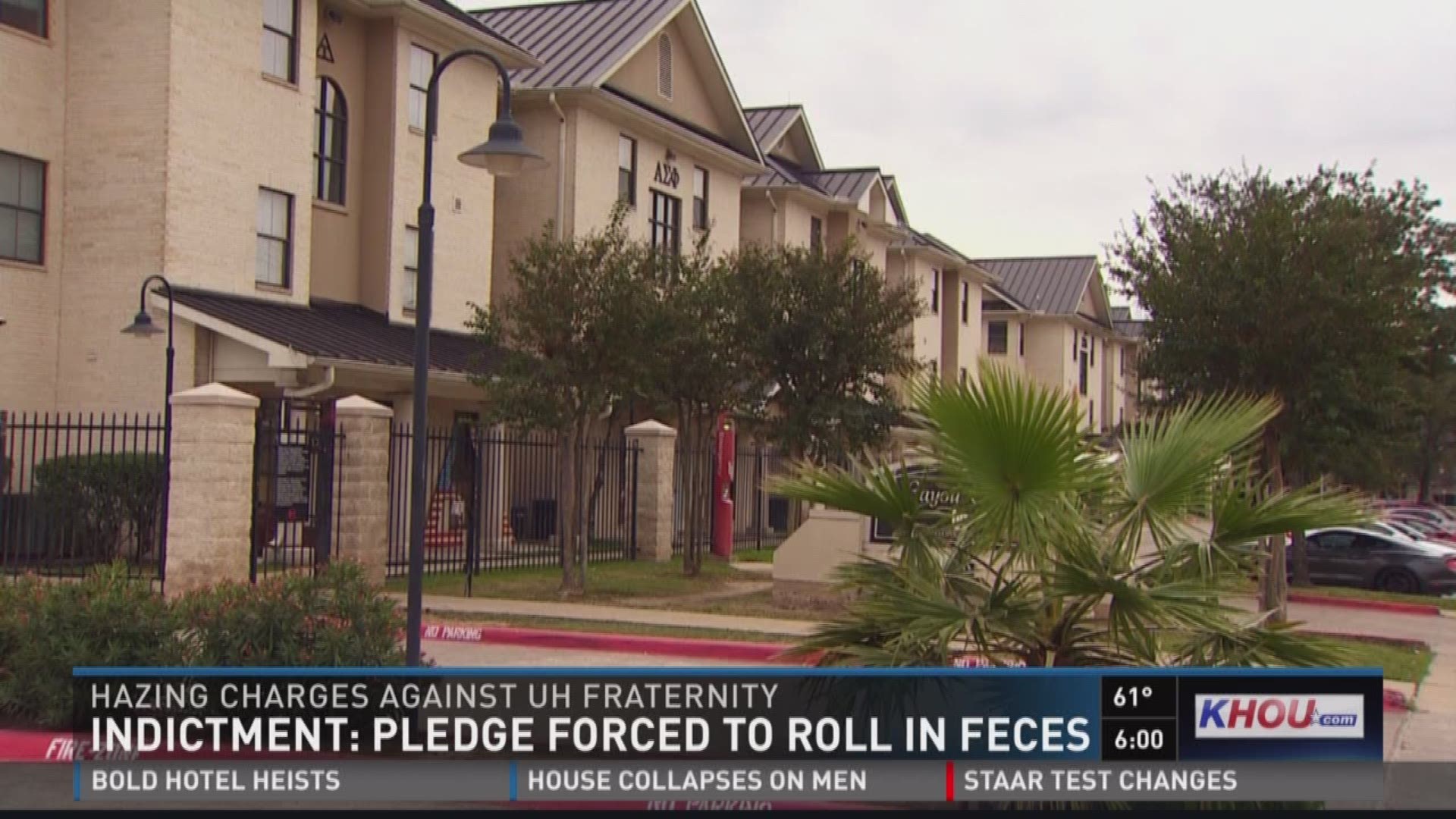 HOUSTON - A Harris County grand jury has indicted the Pi Kappa Alpha fraternity for hazing during a 2016 case which alleges pledge members were deprived of adequate food, water and sleep.

The charge comes after investigations by the Harris County District Attorney's Office and the University of Houston, which suspended the fraternity from campus until 2023.

According to the Harris County DA's Office, the charge was filed against the Tennessee-based Pi Kappa Alpha International Fraternity Inc., whose members are known by students as Pikes.

The indictment focuses on the alleged treatment of one pledge from Nov. 17-20, 2016.

The DA's office says the pledge was forced to roll around in vomit, spit and feces, as well as going without food and drink and sleep during much of the incident.

At one point, prosecutors say he was instructed to run through a rural stretch of land in the dark while clutching a glow stick.

"They had a game called a glow stick game — where in the dark night the pledge has a glow stick in his hand, has to run down a field and try to get to the other end, and then he's tackled in the dark by people with dark clothes on," said Assistant District Attorney Jim Leitner. "That is how the ruptured spleen actually occurred."

The pledge had to be hospitalized.

"Memberships in fraternities and sororities should be about brotherhood and sisterhood — it's not about these sorts of activities that don't build them up or support the rituals or values that these organizations originally stood for," Leitner said.

Harris County District Attorney Kim Ogg praised the University of Houston’s efforts in the wake of the incident.

“The University of Houston showed resolve in conducting a thorough investigation and holding the fraternity accountable,” she said.

The indictment does not charge any individual criminally, but subjects the fraternity to a fine of up to $10,000 and the organization is subject to conviction for hazing including mental and physical abuse.

The University of Houston released the following statement Thursday afternoon:

In October, the University of Houston took administrative action to suspend the UH chapter of the Pi Kappa Alpha fraternity for activities that violate the University hazing policy, which is consistent with the Texas Education Code. For the last several months, the UH Police Department has coordinated with the Harris County District Attorney’s Office in investigating these activities, which revealed violations that occurred off campus. Today we are grateful that our county partners have delivered a stern message through the grand jury’s decision against the fraternity, that such behavior, which jeopardizes the well being of our students, will not be tolerated. Our University takes pride in the camaraderie and well-rounded experience of our students, and for many that includes participating in fraternity and sorority life. We take seriously our responsibility to train our fraternities and sororities to adhere to University policy and laws against hazing and the need to conduct themselves in a safe manner.