Surprising signs your kid could be in a gang

There are dozens of symbols, words and numbers used by Houston-area street gangs and many of them would go unnoticed by most parents. 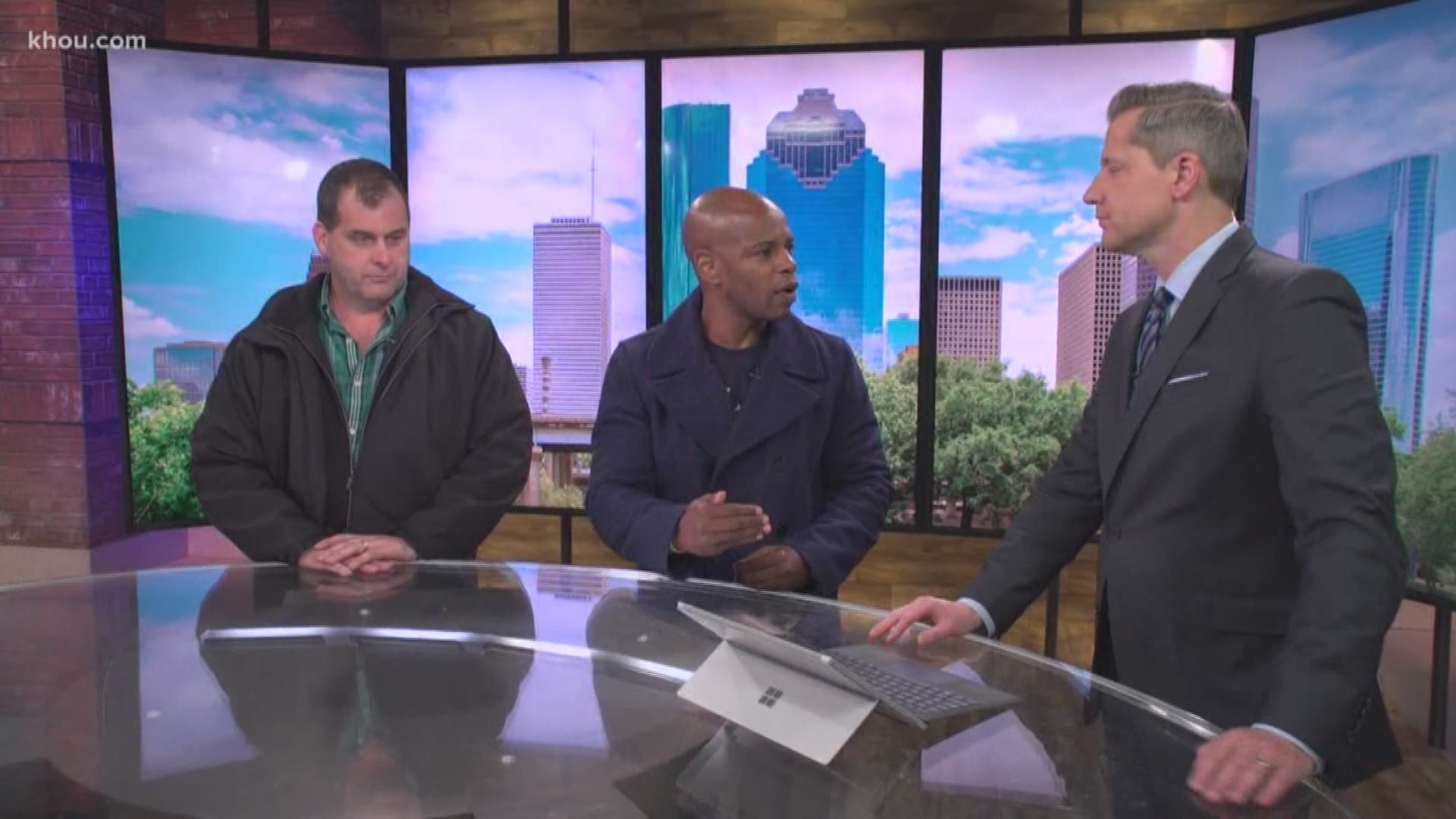 Gangs are running rampant in Houston-area streets and they’re in our schools too.

“They are selling drugs to our kids, shooting up our neighborhoods, invading our homes, robbing our banks and stores, stealing our identities, our money, and instilling fear and violence everywhere they go,” according to the FBI.

It’s easier than ever for the gangs to recruit new members through social media and video-sharing websites.

RELATED: See how many gang crimes are in your neighborhood

Like child predators, they often prey on kids who are lonely and seeking attention.

Some school districts sweep the problem under the rug, but Pasadena ISD is facing it head-on. They compiled a list of banned, potentially gang-related items that every parent should read.

Many of the items are also popular with non-gang members, so parents need to look at the big picture.

Bandanas: It’s no secret that bandanas are often associated with gangs and most districts banned them years ago. If your kid insists on wearing them outside of school, you should start asking questions.

Colors: The same applies if he or she favors wearing the same color all the time and refuses to wear other common colors. Houston-area gang colors include red, blue, black, white and green. Some gangs don’t have a color and others have backed off wearing them to fool police.

Shoelaces: Red or blue shoe laces, untied shoelaces (this is also a fashion trend so don’t panic if your son or daughter is doing it)

Gang paraphernalia: Any and all items with gang symbols, hand signs, initials and names which depict violence or violent behavior affiliated with gang membership that are on clothing, belts, belt buckles, shoes or jewelry

Belts: According to stophoustongangs.org, long white or black belts are worn by some gangs.

Rosaries: The Rosary used as a necklace or any religious depictions mixed with gang symbols; HPD specifies white or black rosaries are tied to Houston gangs

Others: Any clothing depicting gangs, mobsters, drugs, alcohol, or firearms; anything depicting the Houston skyline unless approved by the school; Confederate flag or swastika emblems

Gangs use a variety of symbols to identify themselves and some will surprise you.

Pitchfork pointing up or down

Three dots in a triangle formation

Along with clothing and tattoos, the symbols, numbers and letters listed above might be on drawings, photos, pictures, decals, stickers, backpacks, binders, folders, book covers, even toys.

Sometimes good kids can be vulnerable to the gang mentality because they don’t have any friends or they’re afraid.

These are other common reasons kids join gangs.

TIPS TO KEEP KIDS OUT OF GANGS

Most young people who work with Anti-Gang Office counselors say they became involved in gangs or risky behaviors because no one was paying attention to them or seemed to care what they were doing until it was too late.

Parenting isn't always easy and young people can be challenging, but the most effective way to keep kids from making poor choices is to stay actively involved with them.

Here are some other tips to help kids stay on the right track:

If you’re concerned your child might be in a gang, there is help available. Contact school administrators, counselors, health care professionals or youth service organizations that have experience in dealing with juvenile delinquency issues.

The Anti-Gang Office can help. Call 832.393.0931 or email Patricia.Harrington@houstontx.gov for more information.

KHOU coverage of the gang problem

Submit an anonymous tip about gangs