Supporters of Hernandez family gather at Denny's in Sheldon 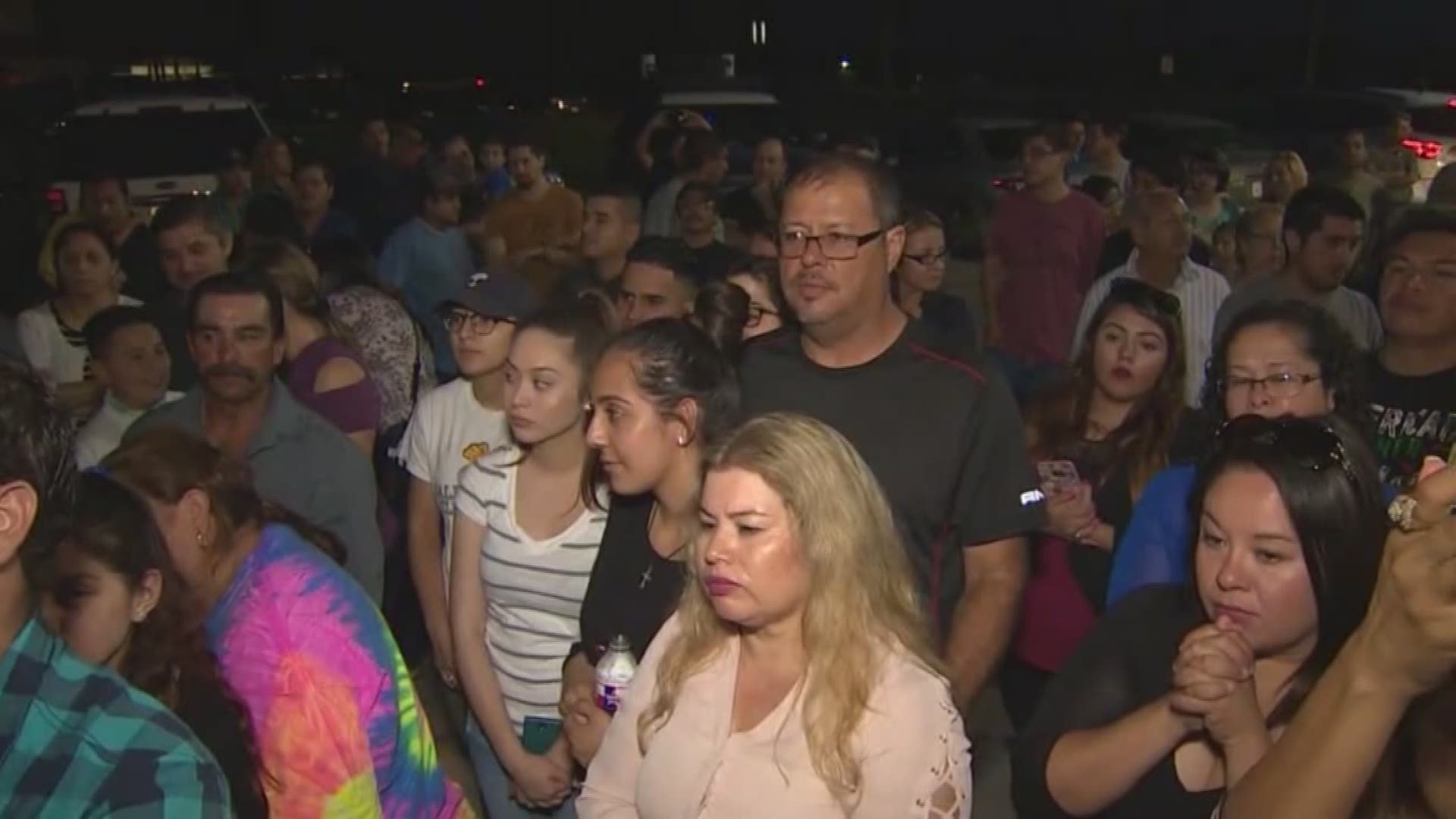 HARRIS COUNTY, Texas - Supporters surrounded the Hernandez family Thursday evening as they made their way to the Denny's in Sheldon where a violent incident happened more than a week ago.

John Hernandez and Terry Thompson were involved in an altercation outside the restaurant last week. Thompson can be seen on video holding Hernandez in a choke hold.

Chauna Thompson, a Harris County Sheriff's deputy and wife of Terry Thompson, helped restrain the victim and didn't stop her husband from choking him.

Hernandez died in the hospital from lack of oxygen to the brain caused by strangulation and chest compression, according to the Harris County Medical Examiner.

Terry and Chauna Thompson, who were indicted for murder by a Harris County grand jury Thursday, turned themselves into authorities Thursday night.

Community activists from around Houston as well as the family's attorney enveloped the family with love Thursday evening - all vowing to support the Hernandez family throughout the trial and beyond.

Most family members had mixed emotions about Thursday's indictment.

Hernandez's wife could not speak to the media for legal reasons Thursday night.