Businesses in Houston have been dealing with supply chain shortages for the past year. Experts predict it will be an issue for a while longer. 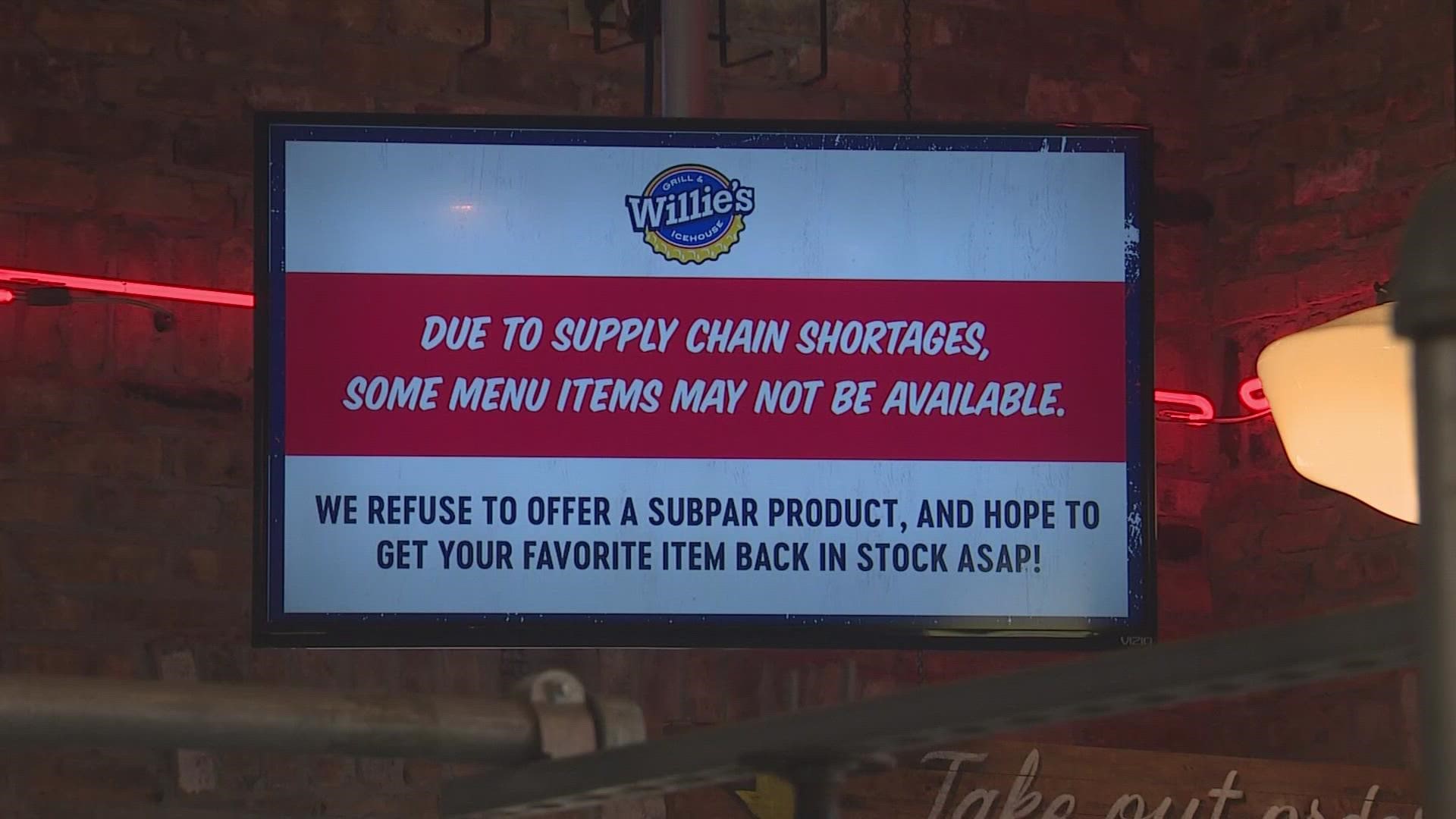 HOUSTON — Restaurants and businesses in Houston and across the country have been dealing with supply chain shortages for the past year. Experts predict it will be an issue for months to come.

“We have plain bags that do not say our logo on them, but we’re very happy to even have bags," Justin Schultz, with Willie's Grill & Ice House, said.

From paper to plastic to, practically, everything.

“It’s our ribeye meat that we shred. Fine-shredded ribeye meat, so we don’t have the Philly cheesesteak today," Schultz said.

Willie’s Grill & Ice House says they’ve been in short supply of so many items over the past year, but lately, it’s gotten worse.

“First, it was paper and to-go items, which is OK, it was just one thing. Now it’s specific ingredients. Sometimes it's steak meat, sometimes it’s chicken. Now it’s ramekins," Schultz said. “It’s something new every day.”

Across the street from Willie's, a completely different business is dealing with the same problem.

Benham said it can take weeks, even months, to get one product.

“Besides the fact that my shelves are not as full as they are supposed to be, the prices are going up, too," Benham said.

“Oftentimes, when you ask someone where they get their meat from, it’s the grocery store. We don’t think about that entire distribution network, the inventory, the warehousing," von Beidenfeld said. “I would say, be patient with suppliers, be patient with retailers, while being impatient with those who make those decisions."

He thinks the supply struggles could be around through next year, but for some businesses, it’s becoming more than an inconvenience.

“There’s a serious fear that either I won’t have enough stuff to put into the store, or that it stops coming and I won’t be able to keep paying my bills," Benham said.

Von Beidenfeld said one thing you can do is stock up on a couple of weeks' worth of your favorite items. That way if your store runs out, you have backup.