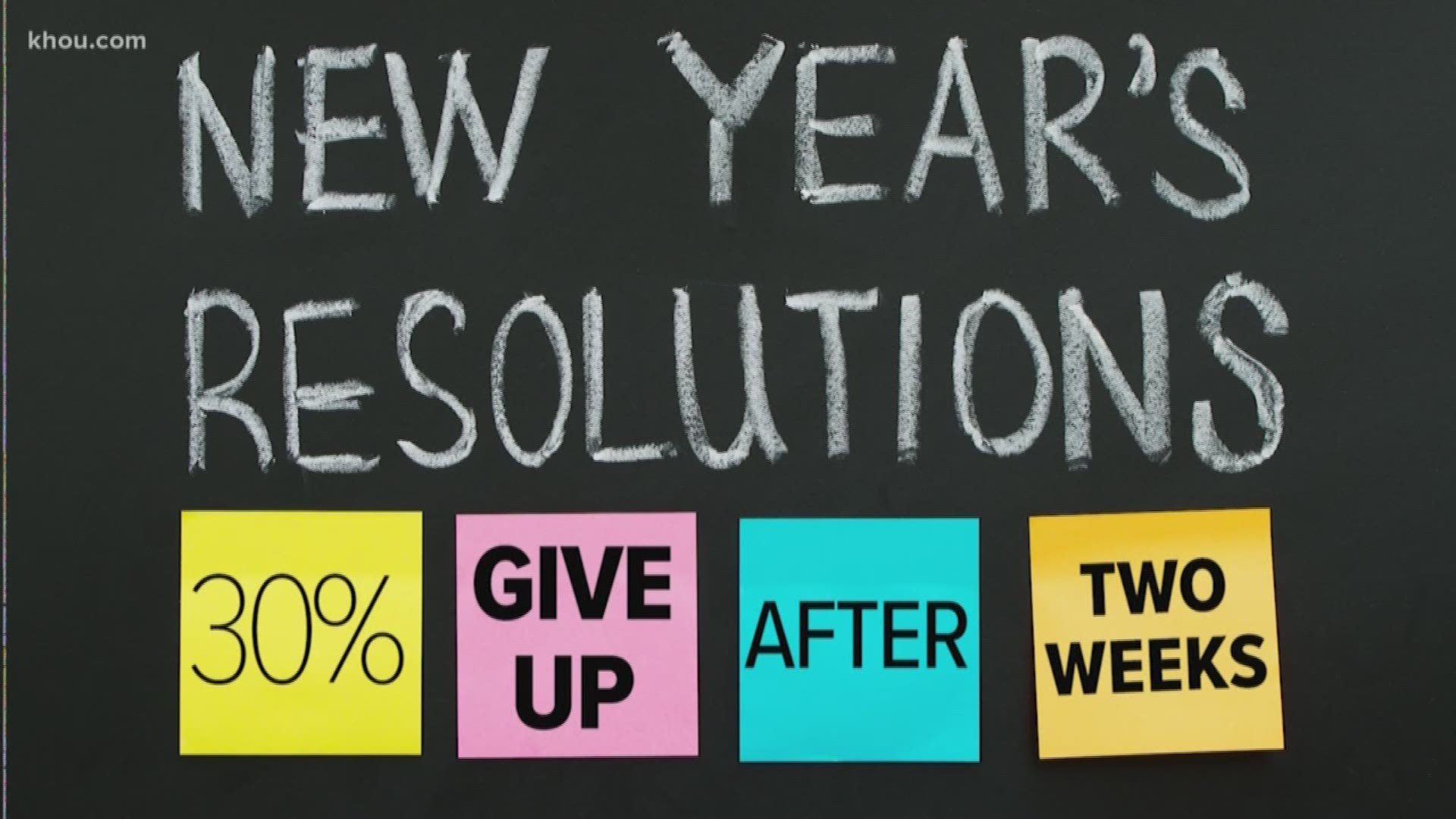 HOUSTON — New Year's Eve - it's the ever epic evening of extravagance, the end of the year party that promises a night you’ll never forget.

New Year's resolutions are easy to make, but not easy to keep.

Different surveys say anywhere from 80 to 90 percent of people retire those resolutions before the end of the year. The University of Scranton says 30 percent give up after only two weeks.

A national survey by Swagbucks found that 51% of women make resolutions compared to 46% of men.

The top promise we make to ourselves, is losing weight and exercising more, 35 percent of women make that promise, compared to only 26 percent of men.

What Wallethub found is where you live can also have an impact on how easy it is to keep that resolution.

They ranked Houston number 33 among 182 cities for it’s ability to help you practice that pledge, comparing things like nearby gyms, healthy restaurants, incomes and credit scores.

But experts say the key to keeping that promise is preparation: Start small, be realistic and reward yourself.

Lastly, misery loves company so find someone to suffer with you.