Investigators said they think two Mustangs were racing when they hit a truck. One of the cars then struck a motorcycle head-on, killing the rider. 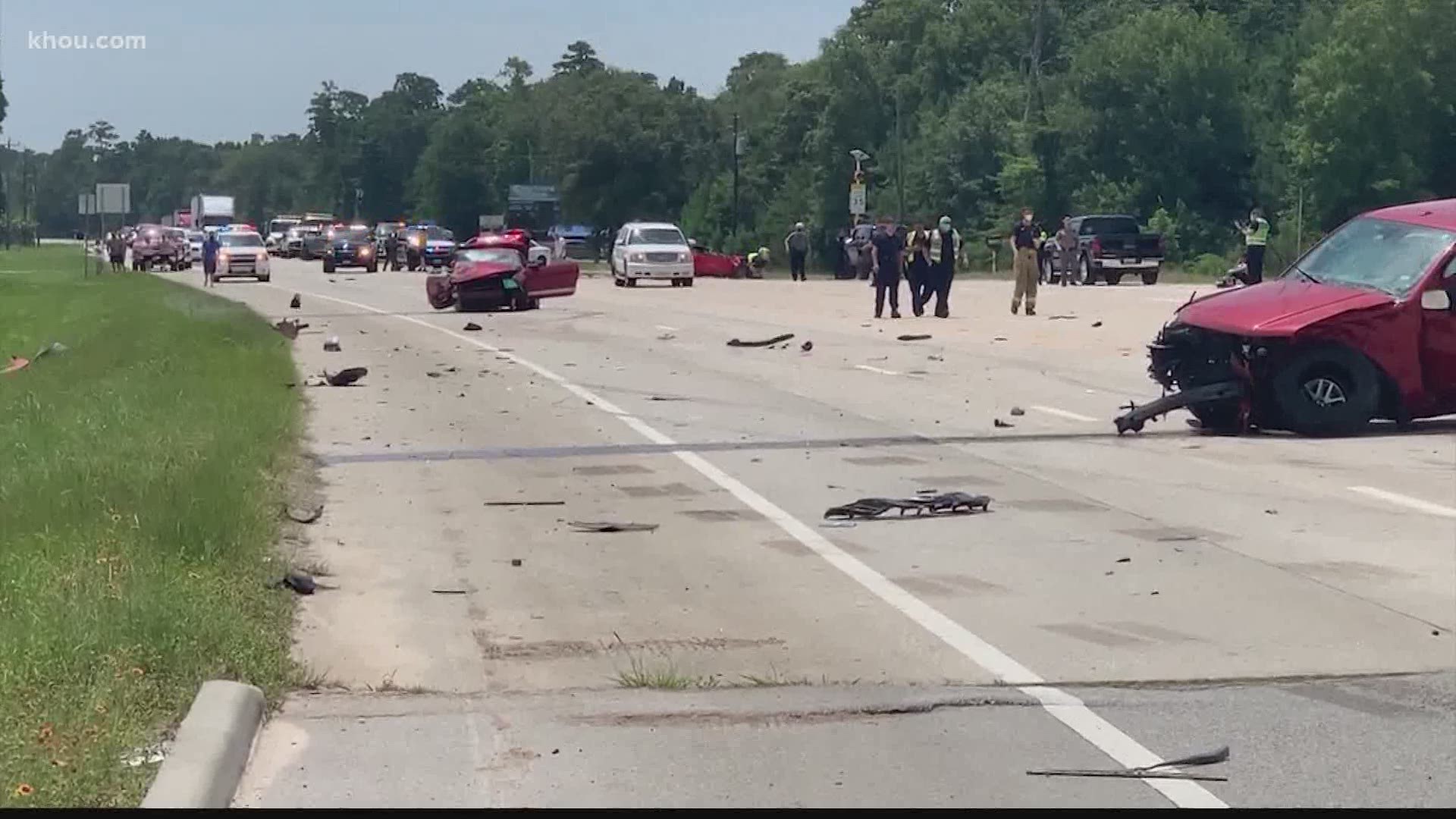 MONTGOMERY COUNTY, Texas — A man who was riding a motorcycle was killed in a crash around noon on Sunday. Authorities said two Mustangs were street racing when they were involved in a crash with a truck that was pulling out of a restaurant in Montgomery County. After the first crash, one of the street racing vehicles struck a motorcycle head-on, investigators said.

According to authorities, the two Mustangs were speeding on FM 1314 when they crashed into a truck that had pulled out of Busters Crawfish, just south of SH 242. After the initial impact, the two Mustangs continued south on the roadway and are believe to have struck each other. One Mustang continued into the northbound lanes and then back into the southbound lanes, where it struck the motorcycle, investigators believe.

The motorcycle driver, believed to be about 60 years old, was pronounced dead at the scene.

Arrest warrants were issued for Joseph Amigliore and Franco Muto.

RELATED: Pedestrian airlifted to hospital after getting hit by motorcycle on FM 1960