The suspects were in a truck and smashed into the storefront. 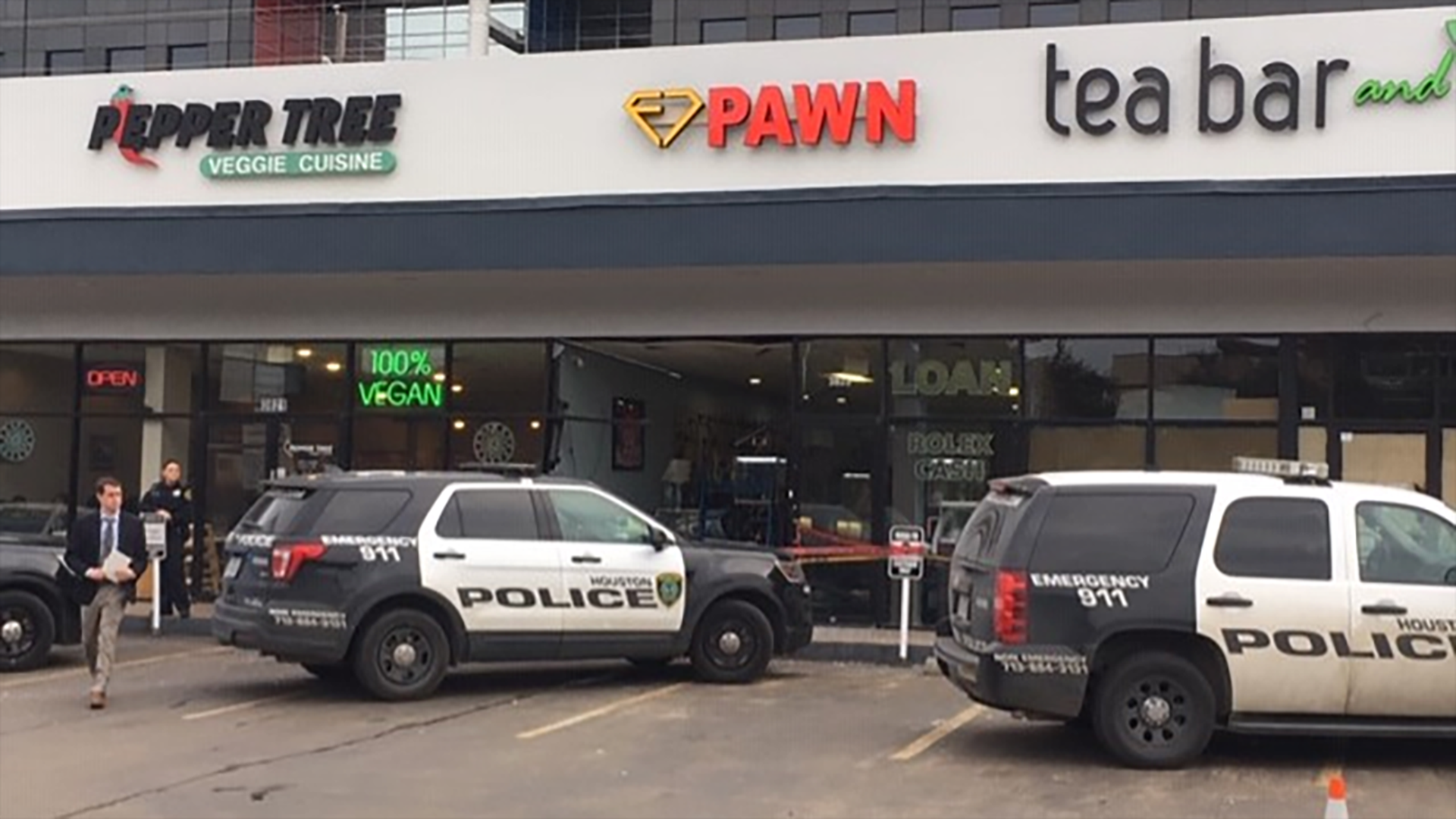 HOUSTON, Texas — One person is dead after an altercation inside a pawn shop in the Greenway Plaza area of Houston.

He was pronounced dead at the scene.

The incident happened sometime after 3 p.m. while the shopping center on Richmond Avenue near Weslayan Street was busy with customers.

Amber Hellsinger was eating at Pepper Tree next door when it happened.

The popular spot for shoppers and those looking for a meal was blocked off on Saturday as police investigated the latest incident to take place at the pawnshop.

“There has been a history of crime at this location before,” Collier said.

“I heard somebody say there was a gunshot and so I was just hoping that the owner and the people that work there were OK and safe,” Hellsinger said.

After the shooting, Collier said the truck the suspect was in smashed into the shop’s storefront.

“He was backing up, but he was at an angle and I thought that was kind of interesting and I just heard a banging noise of like a really loud sound,” Hellsinger said.

Houston police do not know if the crash was accidental or intentional.

Collier said no one else was hurt.

The incident rattled people who visit the area often.

The suspect’s truck was found abandoned not too far from the shopping center.

HPD asked anyone who witnessed the incident or has information that can help them to call 713-308-3600.