The goal was to denounce senseless attacks on Asian Americans, including the recent shootings at Atlanta spas that killed eight people. 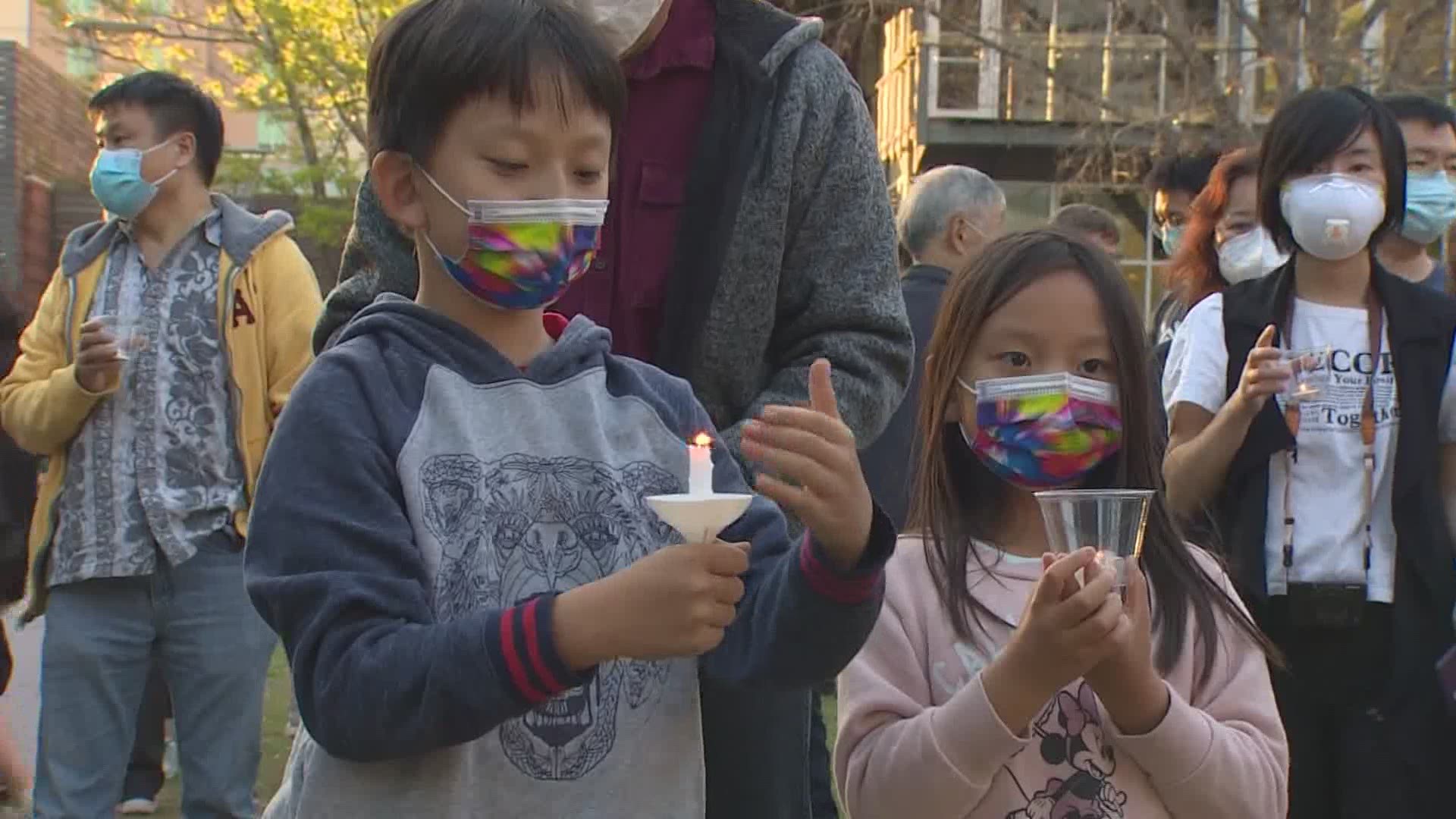 Attendees were frustrated, fed up, but some say they're in fear.

“You don’t know when you’re going to be attacked," one woman, Shanny, said.

"My daughter is in New York. I ask her, 'Try to stay at home. Don’t go outside in the evenings a lot,'" another man said.

The "Stop Asian Hate Vigil and Rally" lasted for about two hours downtown.

The goal was to denounce senseless attacks on Asian Americans, including the recent shootings at Atlanta spas that killed eight people, six of them women of Asian descent.

“I feel like I have heard and seen a lot over this past year. It’s very sad," Jane Yan said.

Police are not yet calling it a hate crime, but many at the rally feel differently.

“We are all facing the scourge of all the unchecked biases in this country," said Brandon Mack with Black Lives Matter Houston.

Since the pandemic, unprovoked attacks against people of Asian descent are reportedly up as much as 150 percent in some cities.

“People are just doing terrible stuff to Asians like me. We’re just all the same, as god’s kids," 10-year-old Nolan Chang said.

“This is our home. We shouldn’t hate each other no matter what color we are," Tao Tu said.

So now, they’re speaking out.

“We do want to spread awareness that we are more than what people perceive us to be," Matthew Curran said.

But in the end, they just want their voices to be heard.

“Nobody stands up for us, and we’re just hoping more and more people will see we are a group of people who love this country. We need a voice from us. We need someone to hear from us," Tu said.

RELATED: These are the victims of the metro Atlanta spa shootings

Authorities said the accused shooter, 21-year-old Robert Aaron Long of Woodstock, Georgia, who is white, claimed that the shootings were not racially motivated. But the horrific killings come amid a surge in hate crimes targeting Asian Americans and those of Asian descent across the U.S. during the coronavirus pandemic.

Nearly 3,800 incidents of anti-Asian violence and discrimination were reported across the country in the past year to Stop AAPI Hate, a coalition that tracks crimes targeting Asian Americans and Pacific Islanders (AAPI). These incidents included vandalism, verbal attacks and physical assaults.

“For over a year, our community has been a target of hate and bias, living fearful of public threats and harassment,” said Debbie Chen, OCA-Greater Houston Programs Director. “We call for solidarity from the community and elected officials to support the AAPI community by reporting incidents, becoming empowered bystanders, and initiating legislative action.”

Since the attacks in Atlanta, the Houston Police Department and the Fort Bend County Sheriff's Office have vowed to increase patrol in Asian communities.

There are several ways you can support national organizations that are fighting injustice against Asian Americans and providing life-saving resources to the community, including: