DOUGLAS COUNTY, Colorado — A student is dead and 8 others were injured following a shooting at a charter academy in Highlands Ranch Tuesday afternoon, according to the Douglas County Sheriff's Office.

The shooting was reported just after 1:50 p.m. at STEM School Highlands Ranch near South Ridgeline Boulevard and Plaza Drive. Law enforcement officers ran into the campus’ high school just as shots began to ring out in the quiet suburban Denver community.

RELATED: Suspect in STEM School Highlands Ranch shooting will be held without bond until next court appearance

Rocco DeChalk lives nearby and said his neighbor came to tell him there was a shooting victim down by his mailbox.

DeChalk said he saw a young teenage boy who had been shot in the back, as well as his friend and a teacher. DeChalk said he brought the boy inside and to call 911, but that he was coherent the entire time.

“He was talking, he seemed OK, we were even able to talk to his mom,” DeChalk said. “I’m pretty shaken up right now.”

Nyki Giasolli is the mother of two students at the school. She said both her son and daughter are OK.

“Numb, a little numb,” Giasolli said of her emotions. She was one of the parents who gathered at Northridge Recreation Center to reunite with their children. “I’m glad they’re both OK. It was a while before we knew my son was OK.” 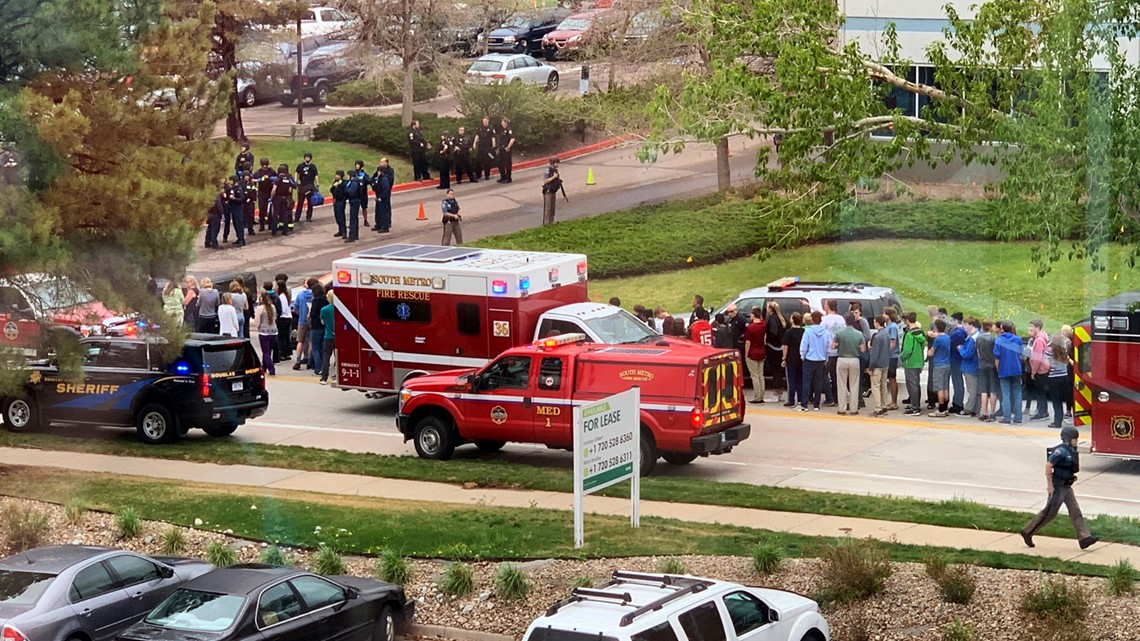 9NEWS Reporter Katie Eastman was at the rec center, where she watched as students arrived in buses and embraced their waiting parents, some of whom ran a half a mile from the elementary where they were initially told to meet their children.

Parents had to show their IDs in order to reunite with their children at a school with more than 1,850 students from kindergarten to 12th grade.