The Texas Secretary of State’s Director of Elections threatened legal action through the Attorney General’s Office in a letter Thursday to the Harris County Clerk. 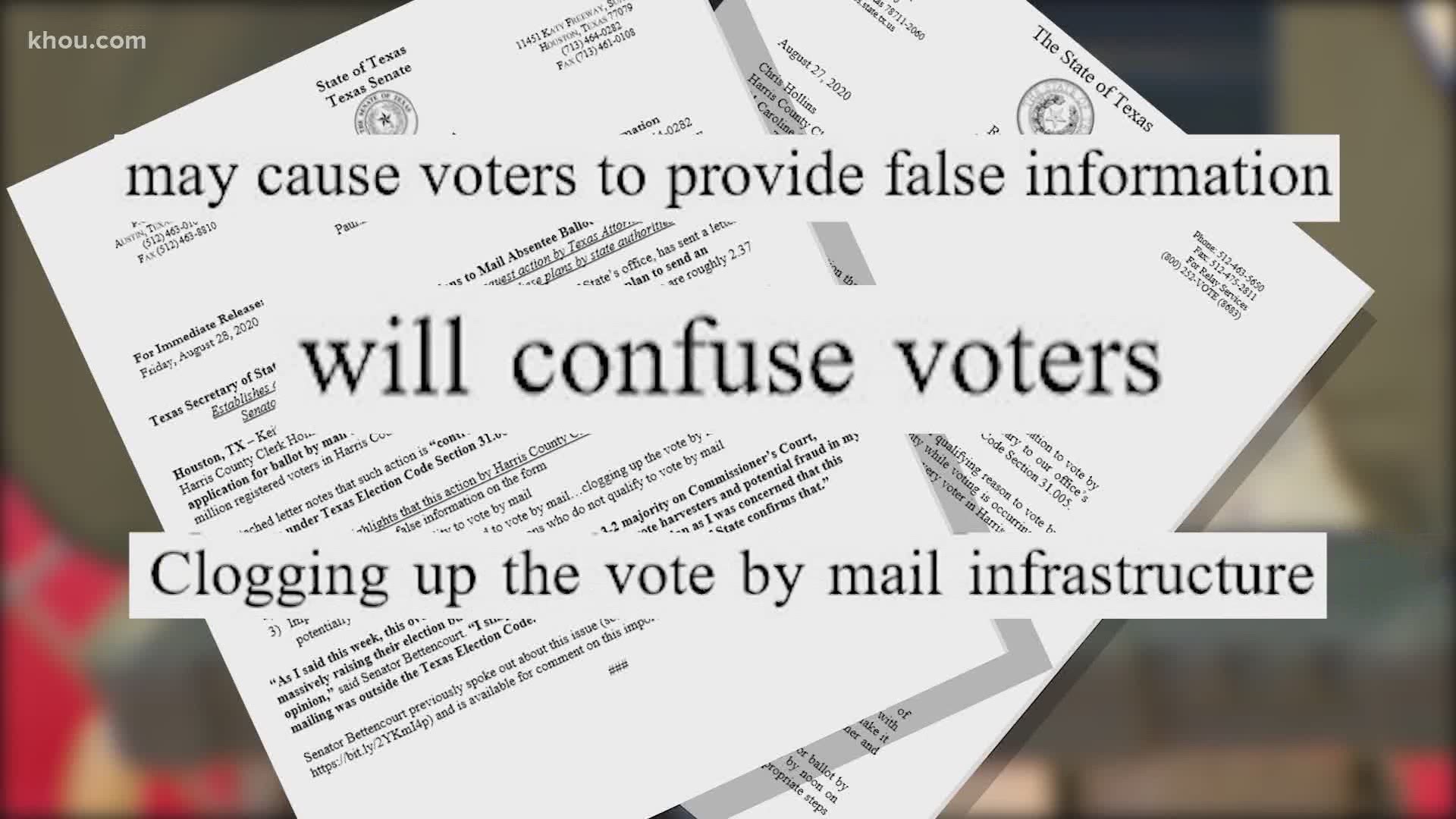 HOUSTON — State officials say Harris County has until Monday, Aug. 31 at noon to drop a plan to send mail-in ballot applications to all of its more than 2 million registered voters for the general election.

Keith Ingram, Director of Elections with the Texas Secretary of State’s Office, threatened legal action through the Attorney General’s Office in a letter Thursday to Harris County Clerk Chris Hollins.

Ingram wrote the county’s plan would go against the Secretary of State’s guidance on this issue and violate Texas Election Code Section 31.005.

He also claims sending applications to everyone may lead to false information, confusion, and a slower process.

“When you mail millions of applications out to everybody on the voter roll, there’s just no way that…the individual average voter can even possibly qualify for it,” Sen. Bettencourt said.

Mail-in voting in Texas is open to people who are 65 or older, sick or disabled, away from the county on Election Day and during early voting, or in jail.

A spokesperson for the Harris County Clerk’s Office told KHOU 11 Friday anyone can apply to vote by mail and must determine their own eligibility.

Hollins was unavailable for an interview Friday but emailed this statement:

"Along with mail ballot applications, my office will include detailed guidance to inform voters that they may not qualify to vote by mail and to describe who does qualify based on the recent Texas Supreme Court decision. Voters will, of course, make their own decisions about if they qualify to vote by mail. Providing more information and resources to voters is a good thing, not a bad thing. We have already responded to the Secretary of State's Office offering to discuss the matter with them."