The General Land Office added Harris County to its list Wednesday but local leaders say it's not enough money and why is Houston still left out in the cold? 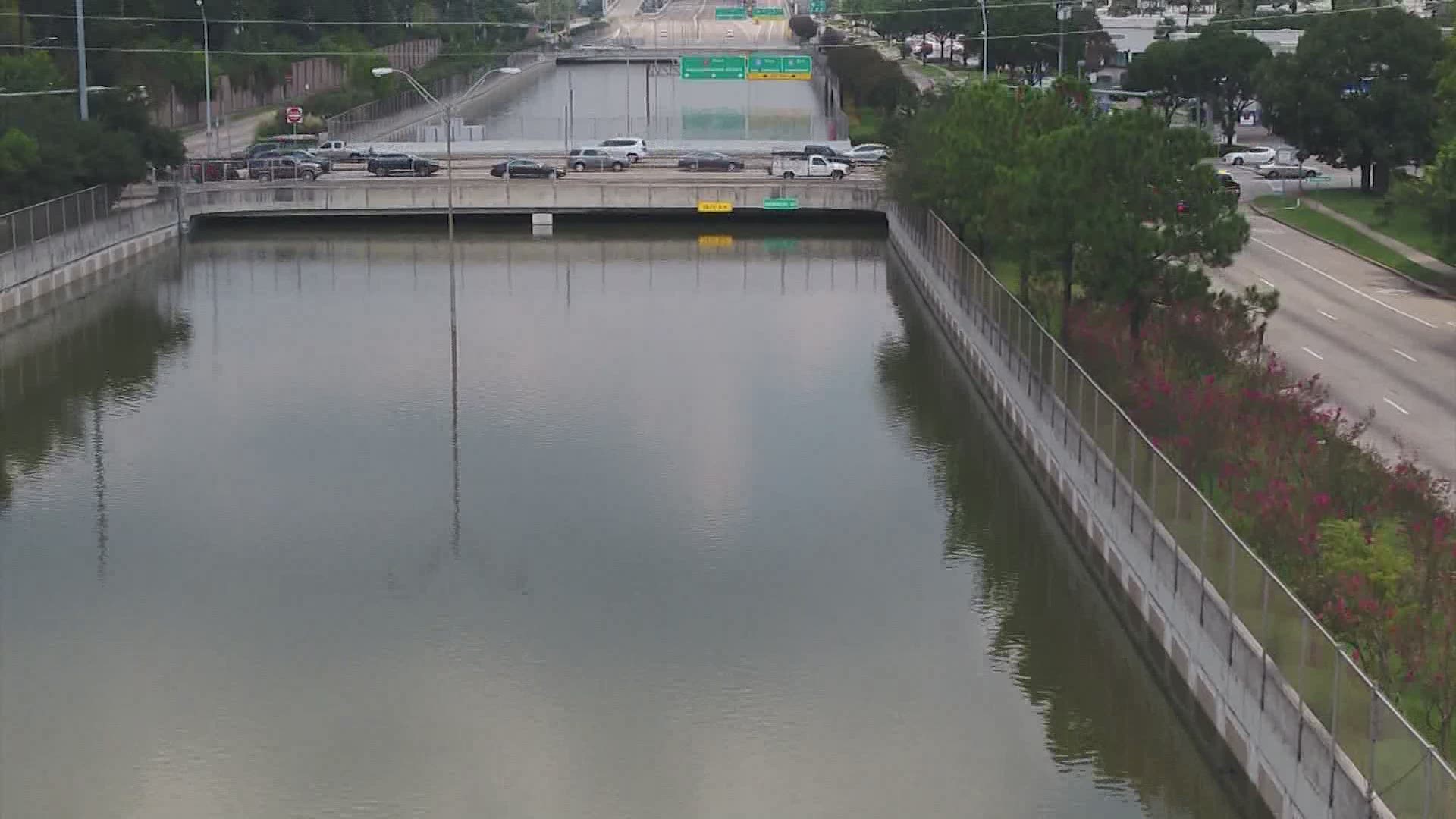 HARRIS COUNTY, Texas — Texas Land Commissioner George P. Bush says he's asking the U.S. Department of Housing and Urban Development for Harris County to get $750 million for flood mitigation efforts. This comes after criticism from local leaders for Houston and most of Harris County being initially left out.

“I have heard the overwhelming concerns of Harris County regarding the mitigation funding competition,” Bush said in a release.

Bush went on in the release to blame 'federal government red tape requirements and complex regulations' for Harris County being left out.

After his announcement, both Houston Mayor Sylvester Turner and Judge Hidalgo reacted.

“Houston and Harris County experienced 50% of the damages from Hurricane Harvey. These $4.2 Billion from HUD were intended to build infrastructure to mitigate the risk from future flooding.

and the City of Houston should  receive $1 billion.

All Commissioner Bush has to do is amend his state plan to provide that direct allocation  to the city of Houston and to Harris County.”

Judge Hidalgo also released a statement,  calling out the amount Bush was asking for.

“This week, our community stood united in outrage over the loss of vital Harvey mitigation funds intended to protect us from future storms. Republicans, Democrats, business leaders, and residents from every corner of our county came together to call for these desperately needed resources.

I’m encouraged state officials have recognized the flaws in their process and Harris County’s desperate need for certainty in receiving Harvey mitigation funds. I support and continue to call for certainty in funding, but $750 million for Harris County is still a mere fraction of the $4.3 billion that the state received for flood mitigation after Hurricane Harvey and not enough to meet our needs.

Harris County is the epicenter of our nation’s energy infrastructure, home to nearly 5 million people, suffered over half of the damages and deaths from Hurricane Harvey, and continues to be too vulnerable to future flooding. That’s why we need more funding and why we will continue working with leaders from around our county, GLO, and HUD to secure a fair allocation.”

Earlier this week, Adam Bennett reported on two conservative Harris County Commissioners saying the GLO’s decision to leave Houston and most of Harris County off the list for $1 billion in federal flood mitigation was a “shock.”

At that time, the GLO said neither area scored high enough on their application to get money, yet some smaller cities in Harris County, like Galena Park and Baytown, got money from the GLO.  But most of the help this time went to surrounding counties.