In small towns like Edgard, damages from a strong storm often seem magnified. 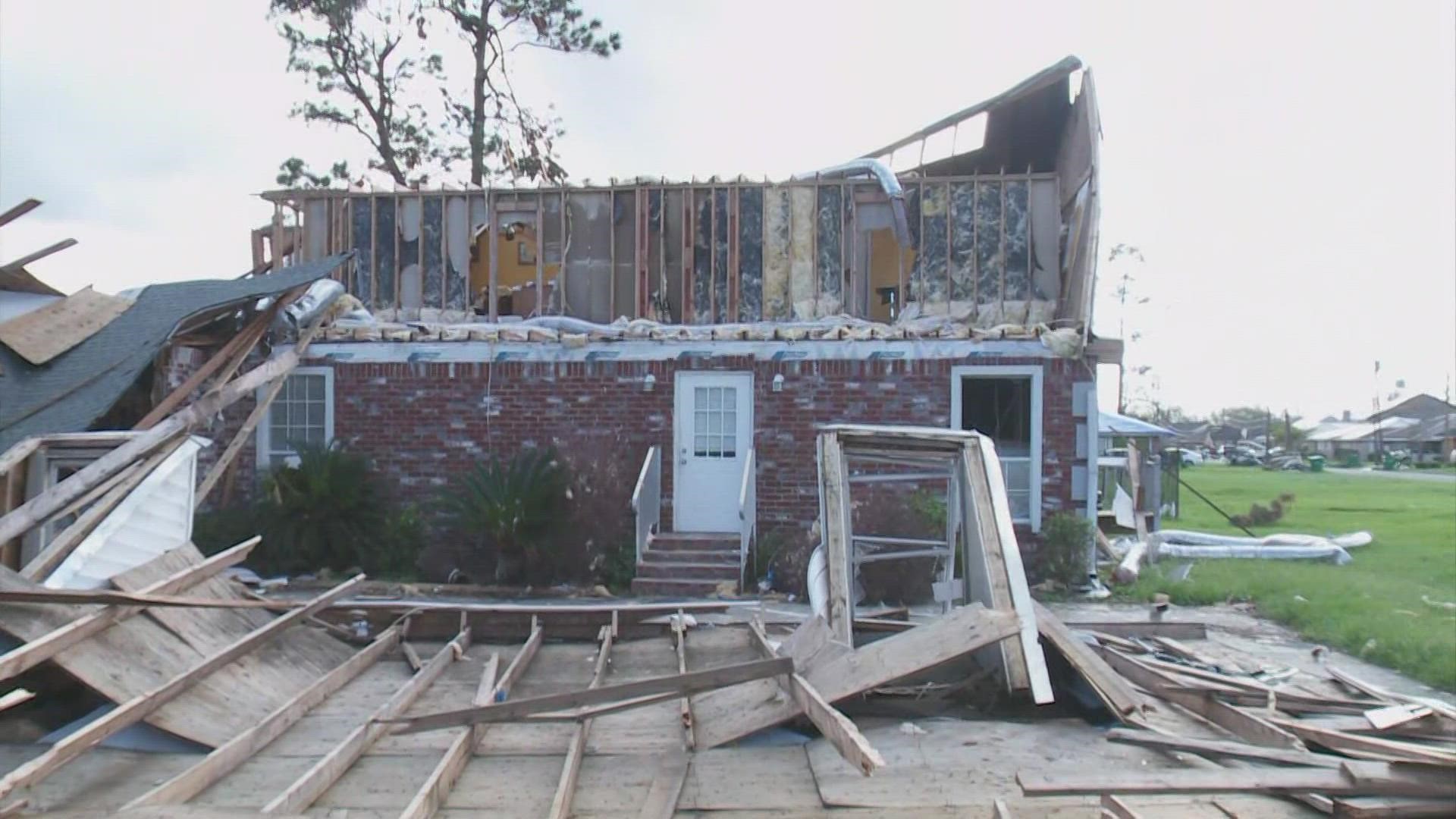 EDGARD, La. — More than half a month after Hurricane Ida slammed ashore damaging tens of thousands of homes and businesses, there's barely any cell service in Edgard, a small town on the west bank of St. John Parish.

The president of the civic association says that about 50 percent of the community doesn't have power and they're on the third week waiting for their garbage to be picked up.

Like many other smaller towns, they feel they've been forgotten in the wide swath of Ida's destruction.

In small towns like Edgard, damages from a strong storm often seem magnified.

"We're resilient," said Ronnie Feist. "We're gonna be here and we're gonna fight back, but we need some help. We're not a rich community but we're a dedicated community."

Feist is the president of the civic association. He showed Eyewitness News the extent of the damage to his church, which, despite having most of its roof off, is in relatively good shape compared to some of the other buildings.

Right next door to the church is a friend's home, or what remains of it. Somehow a portrait managed to hang on to a sliver of a wall.

Before Ida, word of mouth was a big means of communication, but two weeks after, it's often the only form.

"Our phone and internet are out," said Feist. "We don't have the communication like everyone has normally so we are trying to drive around the community and let people know where things are and where they are not."

Preston Jack says some issues that were a problem before Ida are just getting worse. He said sewage backs up on his street during a heavy rain. This week, he says, has been exceptionally bad.

"I'm afraid, I'm gonna have the same problem," he said. "Sewage all in the alley way. Can't use my bathroom. It's so bad it's coming up around the toilet."

Jack and many others believe Hurricane Ida exposed systemic problems that are less evident in the more populated communities on the east bank of St. John Parish.

"During election time, they call the west bank the best bank, until the election is over and then we're back where we were," said Gary Watson.

Watson says he feels fortunate. Trees surrounded his house and when many of them fell, none landed on his house.

A recipient of good fortune, Watson is now sharing goodwill by giving out hot meals. He has helped serve 500 a day for more than a week. Watson says that when help doesn't arrive, there is little choice than to help each other.

RELATED: 'Nobody is leaving from this' | St. John business owners vow comeback