The chief said firefighters are many times the first to arrive to a scene and are not always told the nature of the situation. 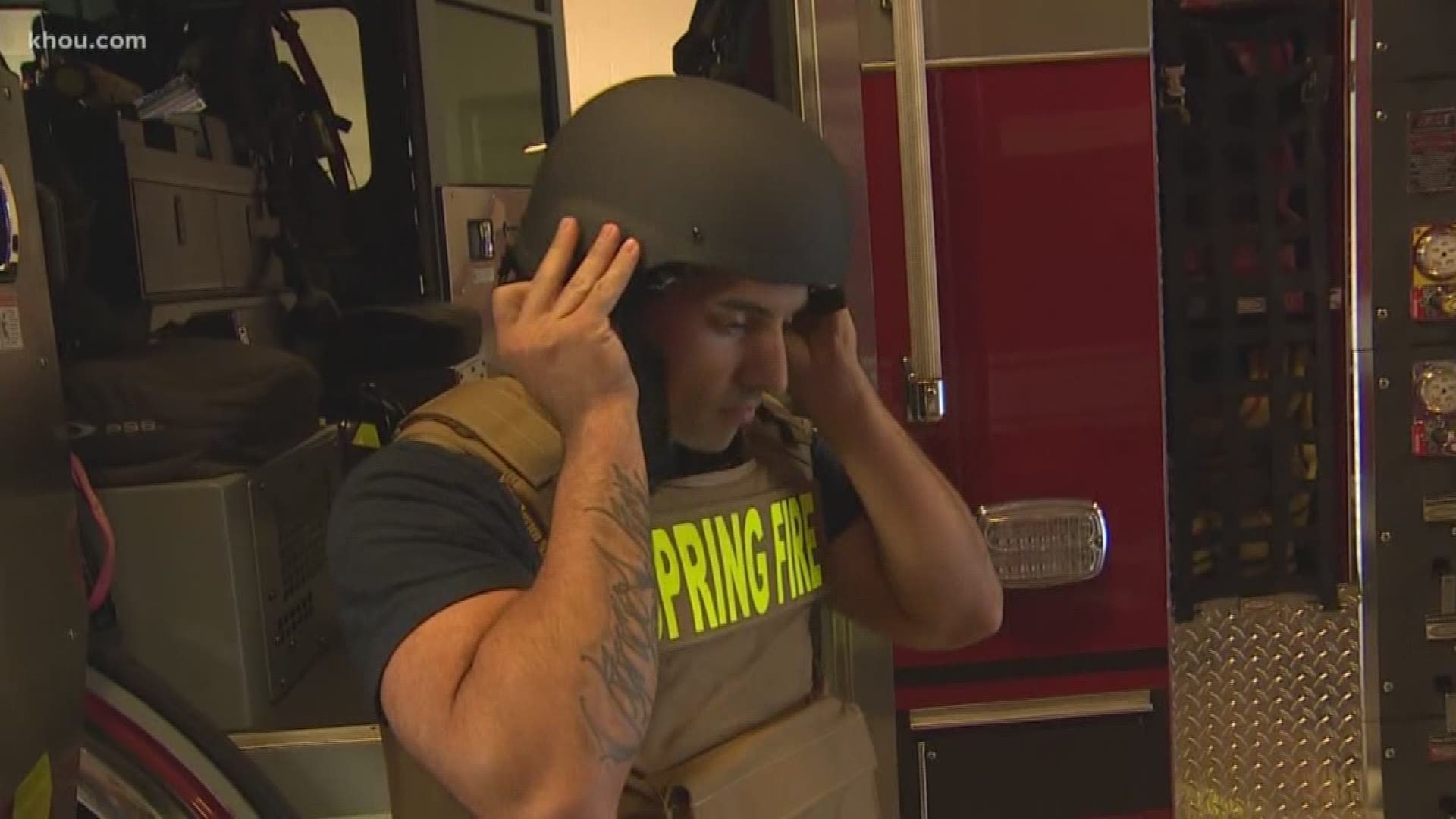 SPRING, Texas — Firefighters north of Houston say they have deployed a fleet of ballistic vests and bullet-proof helmets for Spring Fire Department crews.

Fire department officials say the purchase of 85 sets of tactical gear was necessary after fire crews have increasingly had to respond to potentially violent calls.

There are a lot more situations out in the suburban areas, in the suburbs of Houston,– where we’re going into situation where we’re unsure of the status of it," said Spring Fire Department Chief Scott Seifert.

The sets of protective gear is provided for all working crew members and costs upwards of $1,000 per set.

Chief Seifert said firefighters are many times the first to arrive to a scene and are not always told the nature of the situation.

"There are those cases where we may not know there is a situation and we’re never told to stage," Seifert said. "And we go in and now we’ve put ourselves at risk.”

Spring firefighters were among the first to respond to a violent shooting in Tomball earlier this year where a woman was gunned down in her driveway by an unknown attacker early in the morning.

The killer remains on the loose.

Spring Fire Department firefighters say the sets are one more tool to add to their already growing arsenal of equipment.

Each set weighs about 20 pounds.

The Houston Fire Department purchased 900 similar ballistic sets but they have not yet been deployed.

Mueller report: Trump thought special counsel was the 'end of his presidency'