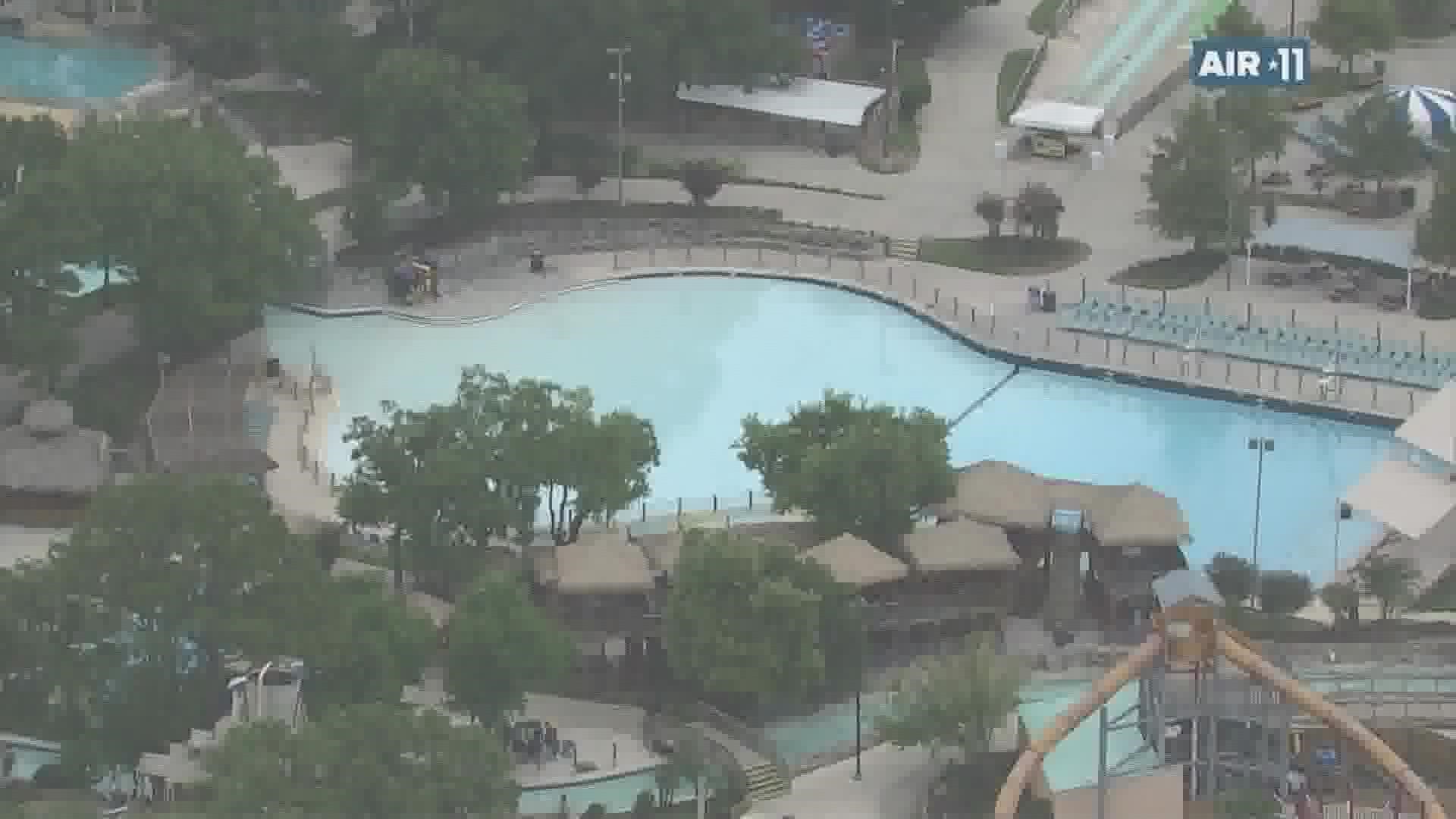 People like David Hodge are frustrated because as of Friday afternoon the website for the waterpark was still advertising and selling daily passes.

Hodge told KHOU 11 News that on Monday night he went online and purchased day passes from Six Flags for the next day. Hodge said he was even able to reserve a cabana, umbrella and chairs for July 27.

“So we were all prepared,” said Hodge of his family in Angleton, “got the ice chest ready for the car and headed to Spring.”

Hodge said he spent more than $200 on entrance fees, the cabana rental and a parking pass. He and his family made the 1.5 hour drive from Angleton to Spring.

“We drove up and we had the scene of Walley World, you know, the part of the parking lots empty,” said Hodge. “When I start to notice other people pulling up to the gate as well, trying to figure out how to get in. And we realize the park is closed.”

The park’s been closed since Saturday, July 17 when the chemical leak triggered an emergency disaster response from Spring firefighters and the Harris County Fire Marshal’s office.

Harris County Public Health issued close orders after approximately 60 individuals were exposed to high levels of chemicals in the water.

In a statement to KHOU 11, a spokesperson for HCPH wrote, “In the interest of public health and safety, the County has ordered the park to close until it is deemed safe for reopening to the public. Some individuals requiring emergency medical attention were sent to local hospitals via ambulance and individuals reporting exposures, were observed by emergency medical services and went through decontamination showers.”

After his Tuesday was, “pretty much ruined,” Hodge said he would like a refund. But he cannot reach Six Flags. Neither could two other people who complained to the Better Business Bureau. The BBB’s Houston office has received at least two complaints from customers:

A man named Ross in Webster, Texas wrote: "My wife and kids no longer wish to go to the park a we would like a refund please.. I’m un able to reach anyone for discussion which is very frustrating. The automated line shuffles your around nonstop and never lands to someone. The property who owns Splashtown EPR refuse to give a working number and is more than evasive and unacceptable in regards to transparency. Again, I want a refund and find it beyond frustrating that there isn’t a working phone line!!!"

A man named Michael in Cleveland, Texas wrote: "They told us no refunds but we could pick another day but with everything going on and all the lawsuits that I've been seeing I don't feel safe to take my kids back I would really just like to collect my money and they are telling me no so that's why I'm reaching out to y'all to see if y'all can help us we never even scanned our tickets or part when the incident happened thank God my babies and us were not there so if you could please help us collect our money back that's all we want is a refund for our tickets that we purchase online."

“An hour and a half drive to excited 13-year-old boys ready to hit the water park,” said Hodge of his family vacation, “and, you know, just total disappointment.” 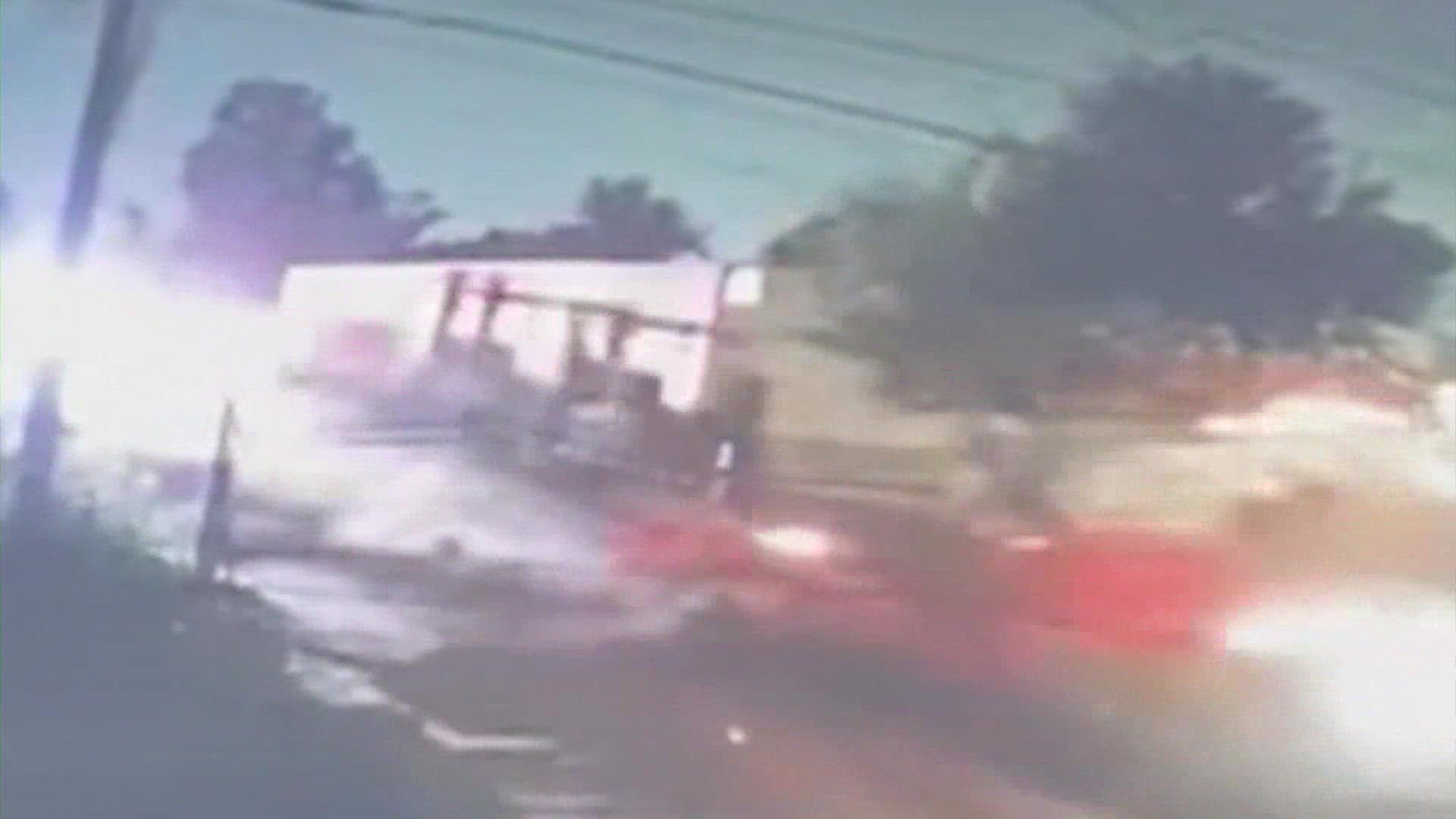