Spirit of the Confederacy statue removed from Sam Houston Park 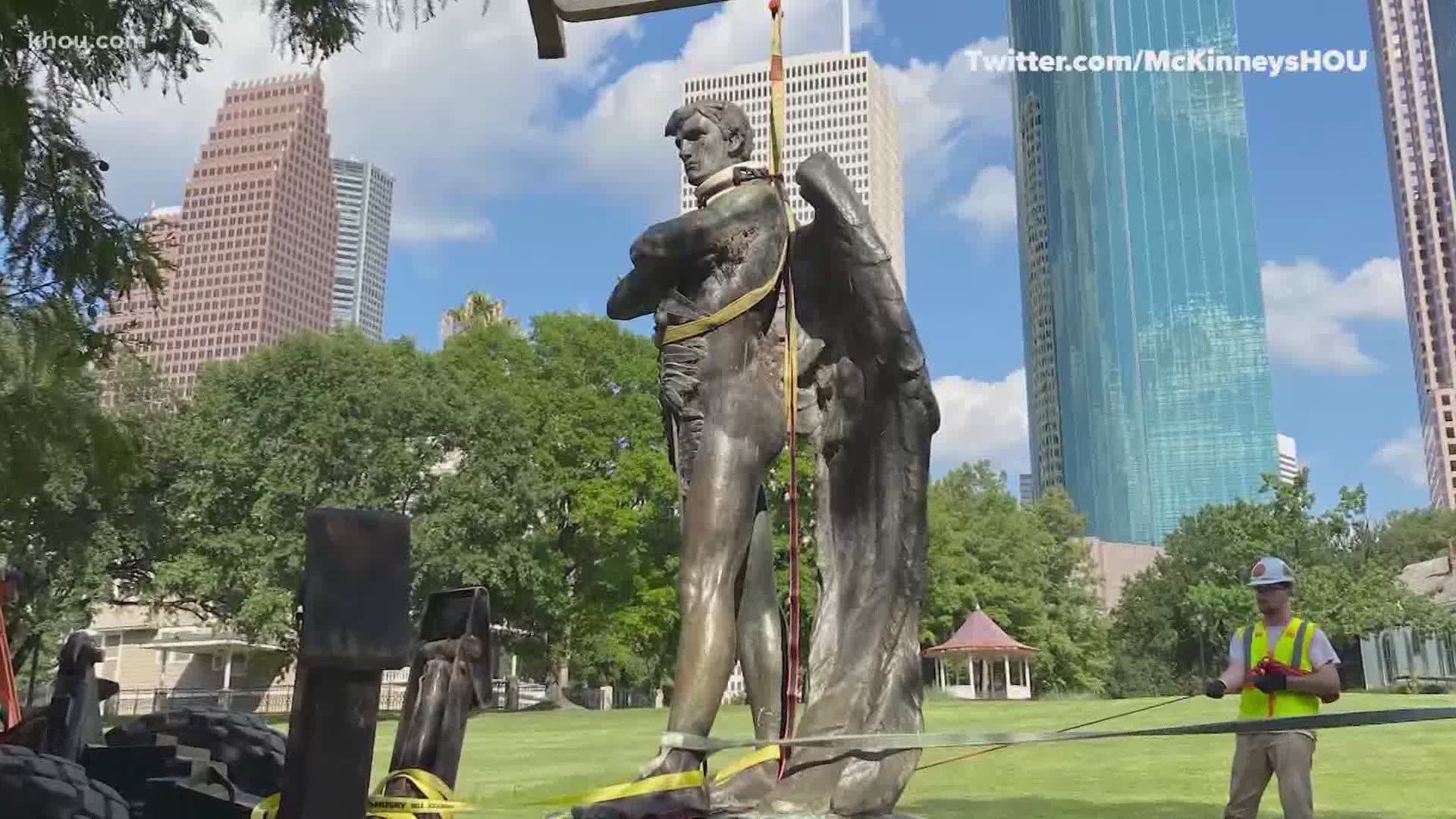 HOUSTON — The Spirit of the Confederacy, a statue that has stood at Sam Houston Park for more than 100 years, has been removed.

The statue’s quiet removal Tuesday was a far cry from the outrage similar statues have invoked nationwide over the past few weeks.

“I knew I have to be there, just to see and witness it,” said McKinney.

The statue was a gift from the Daughters of the Confederacy, a monument to soldiers who fought for the South but what critics say is a troubling reminder of America's racist past.

“The biggest controversy with states’ rights is obviously the right to own slaves,” McKinney said. “It is part of Houston’s history, but you’ve got to think about why it was put there in the first place.” 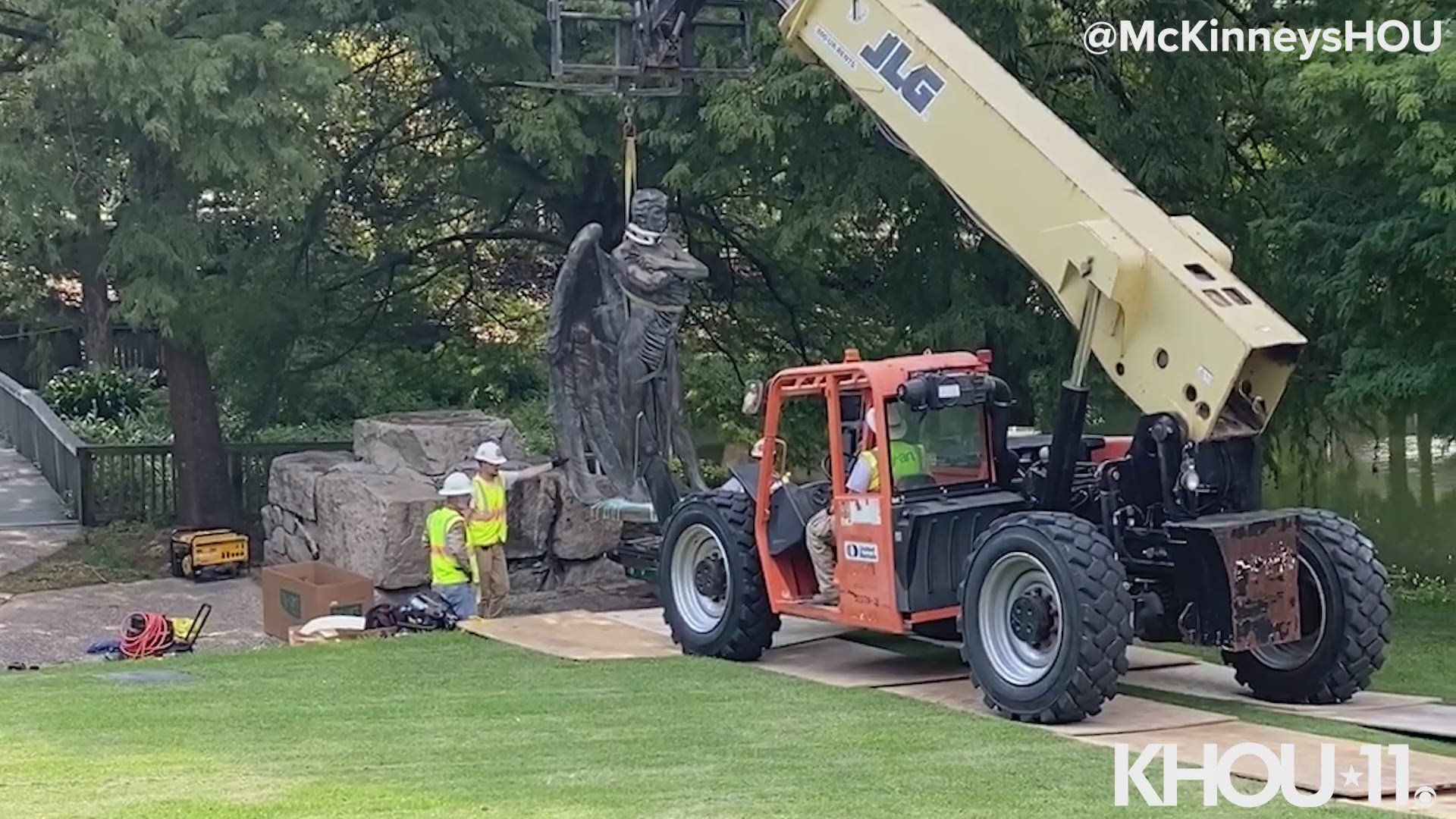 Although the exact time of when the statue was removed wasn’t made public, we knew the move was coming. Mayor Sylvester Turner has been addressing the issue since 2017, even forming a committee. It was recently announced the statue would be moved to the Houston Museum of African-American Culture to be on display and educate about racism in America.

“It’s a slap in the face to African Americans,” Douglas said. “I don’t think the idea was well thought out.”

Douglas likens it to a statue of Hilter being placed in a Holocaust museum.

“Statues are erected for one purpose and that’s to honor people,” he said.

There are people who want the statues to stay put and believe removing them is removing a part of history. However, with statues being vandalized and removed by the public, McKinney believes moving them to a safe location is the best option to preserve history while also respecting the pain these confederate statues may inflict.

“If they really love and value this history then they are better off taking it down and putting it someplace safe like a museum. Good or bad that part of Houston’s history is closed.”

The Richard W. “Dick” Dowling statue in Hermann Park will also be moved to the Sabine Pass Battleground State Historic Site in Port Arthur, according to the mayor’s office.

1 / 13
@McKinneysHOU
The Spirit of the Confederacy statue was removed from Sam Houston Park in downtown Houston on June 16, 2020. (Photo: @McKinneysHOU)