8 people were killed in the shootings. 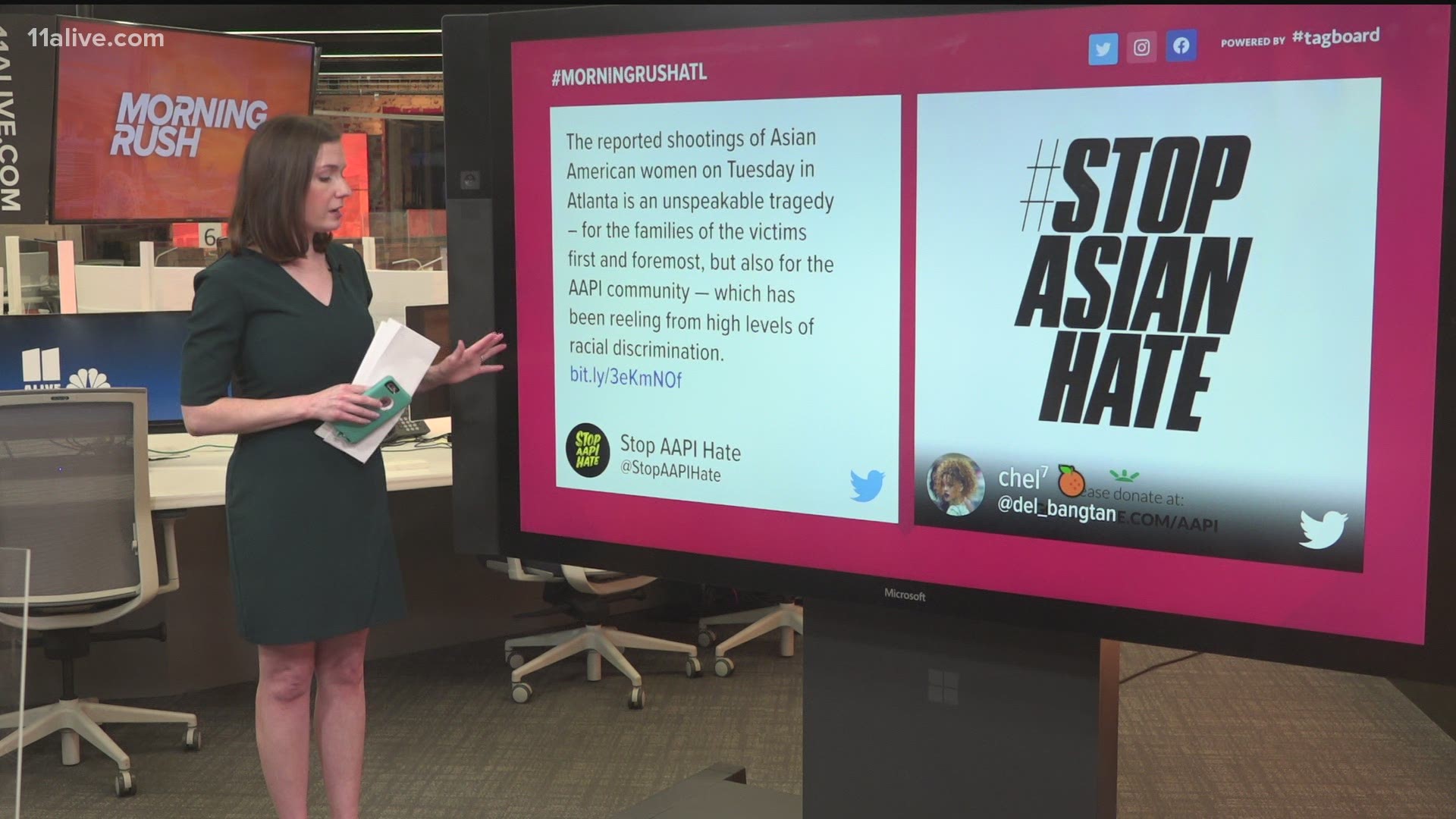 ATLANTA — Amid a national outpouring of prayers and calls for action, Georgia leaders are responding after eight people were killed in shootings at three separate massage parlors in the Atlanta area Tuesday.  One suspect is in custody.

Georgia Governor Brian Kemp was among those sharing condolences online. The governor also commending the actions of law enforcement officers in apprehending the suspect.

In a tweet, Governor Kemp wrote "Our entire family is praying for the victims of these horrific acts of violence. We deeply appreciate the quick apprehension of a suspect by @ga_dps in coordination with local and federal law enforcement."

Our thoughts and prayers are with the victims and their families. Justice must be served.

We are grateful for the quick work of @ga_dps and local authorities to arrest a suspect in this senseless crime spree. https://t.co/n6If9Kie7Z

City of Atlanta issued the following statement Wednesday morning: “I commend law enforcement for their quick work in arresting a suspect in the tragic shootings on yesterday. A motive is still not clear, but a crime against any community is a crime against us all. I have remained in close contact with the White House and APD as they work with federal, state and local partners to investigate the suspect who is responsible for this senseless violence in our city.

“My prayers are with the families and friends of the victims whose lives were cut short by these shootings.”

“Tonight’s attacks against members of Georgia’s Asian American community are absolutely horrifying," Congresswoman Nikema Williams, chairwoman of the Democratic Party of Georgia, said in a statement shared with 11Alive. "As details continue to emerge, this attack sadly follows the unacceptable pattern of violence against Asian Americans that has skyrocketed throughout this pandemic. Our thoughts are with the victims and their families, as well as the entire AAPI community in Georgia and across the country who have been heavily targeted with racism and hate.

“An attack on our Asian American neighbors is an attack on us all, and will not go ignored or unanswered. Georgia Democrats stand in solidarity with our AAPI community and will fight for true accountability for this violence," Williams said.

Senator Raphael Warnock said his "heart is broken" for those affected. "Once again we see that hate is deadly," he tweeted.

My heart is broken tonight after the tragic violence in Atlanta that took eight lives. Once again we see that hate is deadly. Praying for the families of the victims and for peace for the community.

The Asian Americans Advancing Justice in Atlanta also released a statement via their Twitter account, saying they are "shaken by the violence in our city."

We are shaken by the violence in our city that has left 8 ppl dead, including members of the Asian American community. We are gathering info about what happened & the needs of directly impacted are. Now is the time to hold the victims & their families in our hearts & with light pic.twitter.com/Hft5H7IZNW

My heart goes out to the families and communities of the eight people murdered at metro-Atlanta spas. I am deeply saddened that we live in a nation and world permeated by hate and violence. I stand with Asian members of our World House, who are a part of our global human family.

Robert Long, 21, of Woodstock, Georgia is the only suspect for all three shootings. According to Cherokee County officials, video surveillance at the Atlanta spas show the same man and car that the video shows at the Cherokee County spa.

Just before 9:00 p.m. on March 16, Cherokee officials said he was arrested in Crisp County, Georgia which is off I-75 in south Central Georgia, about 150 miles south of Atlanta. Officials told 11Alive's Jon Shirek a Georgia State Patrol trooper used a PIT maneuver to stop his vehicle after deputies recognized him.