JP Cooper found himself in a horrific car accident Sept. 16 on the Southwest Freeway near I-45. It nearly killed him, but Tim was there. 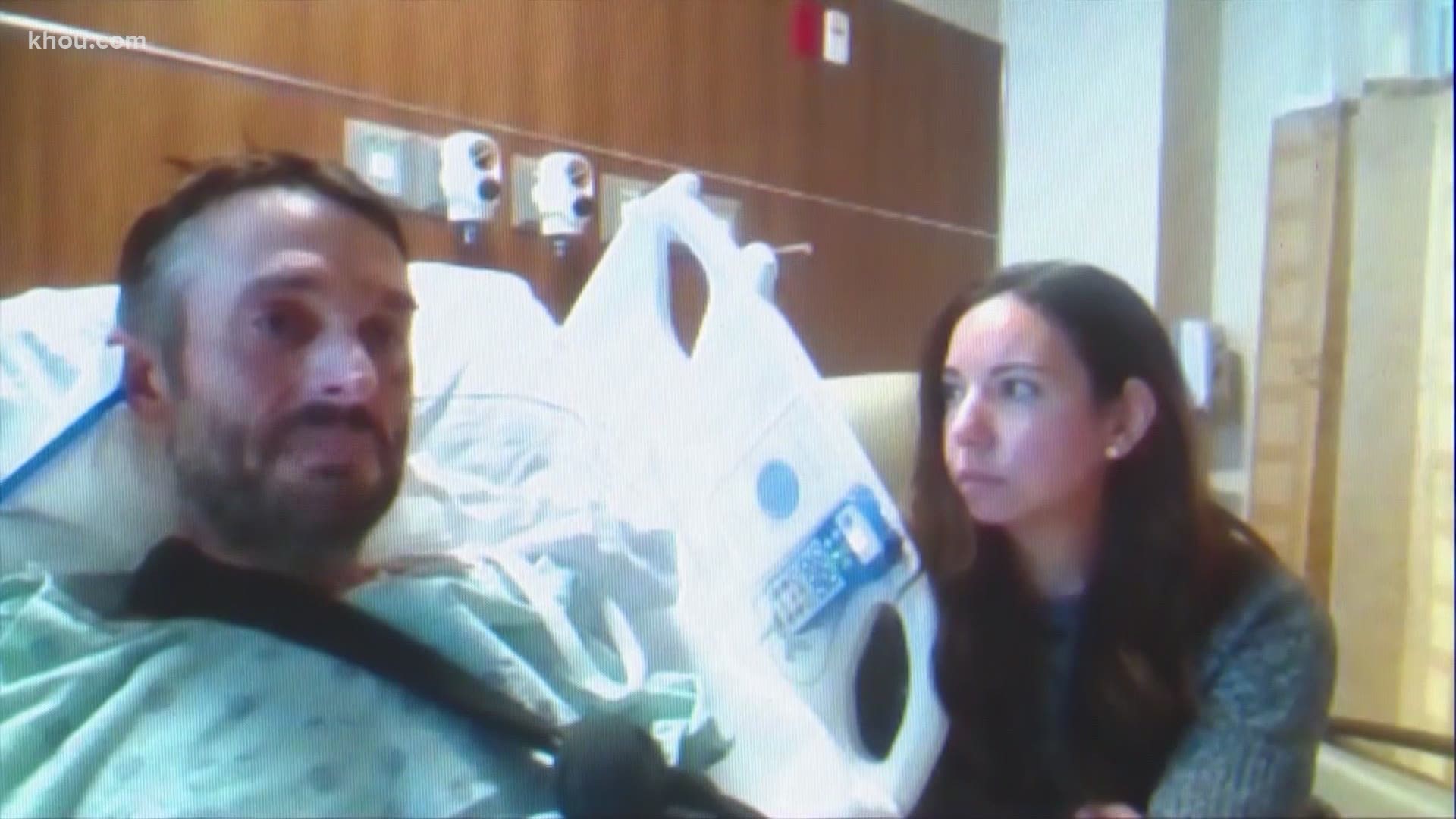 HOUSTON — A Dallas man has a desperate plea: help him find the man who saved his life.

JP Cooper was in a horrific accident on Southwest Freeway on Sept. 16.

He says the man who stayed with him until the ambulance arrived is the reason he’s alive today.

“I have to thank Tim every second, and I don’t even know what he looks like," Cooper said. "He didn’t stop for any other reason than just to check on another human.”

Even in the hospital, finding Tim is the only thing on his mind.

“His actions have changed my life forever," Cooper said.

He’s the man who saved his life.

“Tim essentially got a towel and put it over, I believe my lung was exposed, and he applied pressure on that, and it allowed me to keep breathing," Cooper said.

Cooper found himself in a horrific car accident Sept. 16 on the Southwest Freeway near Interstate 45. It nearly killed him, but Tim was there.

“He did nothing but talk to me, and keep me breathing," Cooper said.

And when Cooper couldn’t pray for his life, Tim called his wife, and they did it for him.

“And I’ve heard some good people pray in my time but that woman prayed. And she prayed, and she kept me breathing," Cooper said.

The ambulance arrived and then Tim was gone.

“He may think I may not have made it beyond that," Cooper said. "I pray every hour that I get to meet him and hug that man’s neck and hug his wife’s neck.”

“I just want to meet him so bad," Cooper said.

If you know who Tim is, email jbludau@khou.com or Cooper's wife, Kristin, at kristin@cooperhomeservices.com.