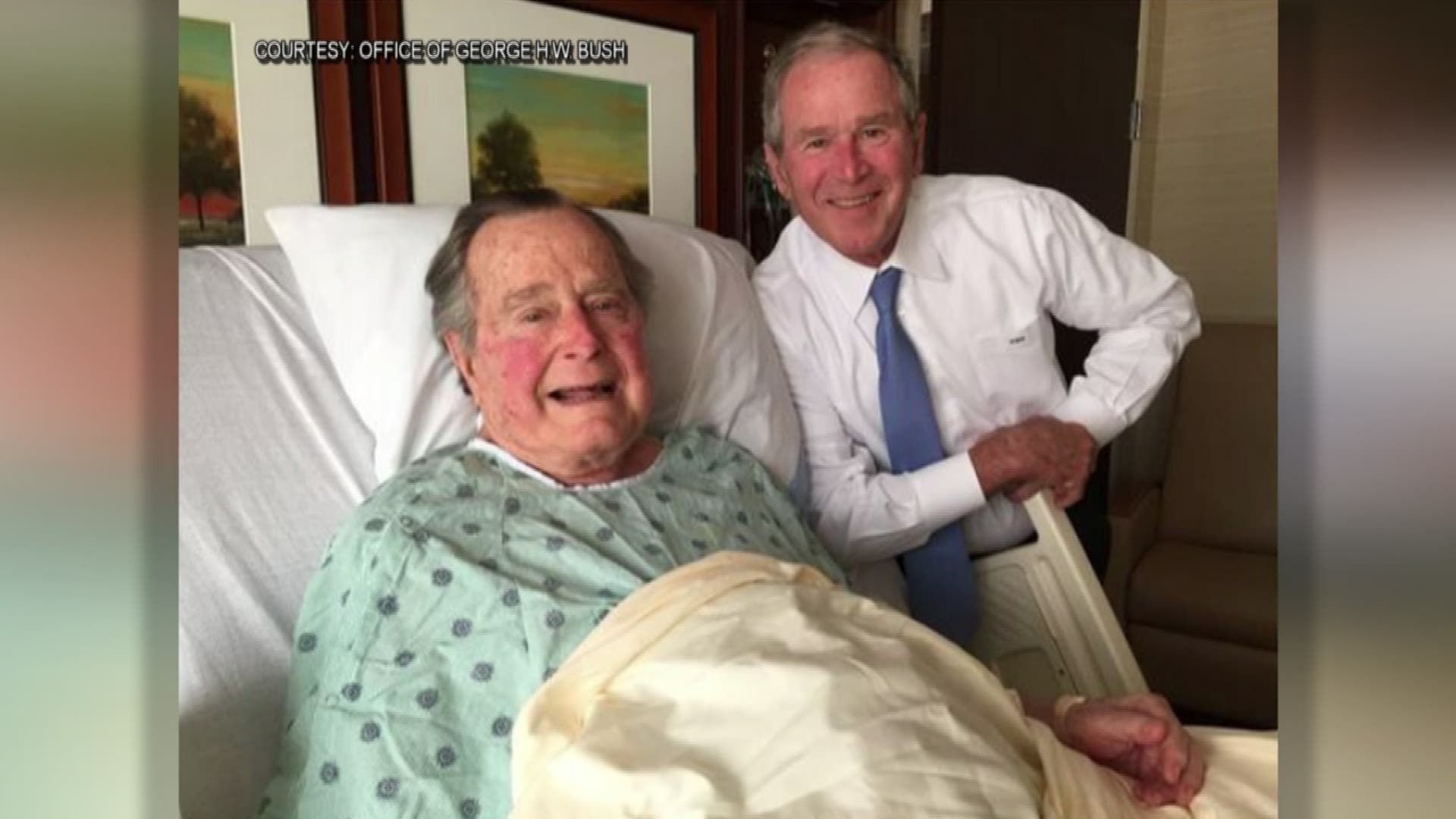 Bush, 92, has been hospitalized with pneumonia since Friday.

KHOU 11 News learned Thursday that this is actually the third time he's been in the hospital in 2017.

He was also hospitalized for pneumonia for two weeks in January. And son Neil Bush told us he returned to the hospital with the flu in February. They managed to keep it quiet that time.

“As you know he went to the hospital in January, then he went back in with the flu, and now he's in and he's going to be out soon. We appreciate the outpouring of love and support for our parents,” Neil Bush said.

In February, Bush and wife Barbara, who was also hospitalized in January, took part in the pregame coin toss at the Super Bowl at NRG Stadium.

He was hit by the flu after the Super Bowl.

But  Bush was doing well again In March when the Bushes were honored by the Mensch International Foundation for their service to others.

Earlier this month, "41" was visited by former President Bill Clinton, who gave him a pair of colorful socks. He tweeted a photo of his son, former President George W. Bush, visiting him in the hospital on Thursday.

"Big morale boost from a high level delegation," he tweed. "No father has ever been more blessed, or prouder."

Big morale boost from a high level delegation. No father has ever been more blessed, or prouder. pic.twitter.com/ekX4VyG2aO

Bush has a form of Parkinson's disease and uses a motorized scooter or a wheelchair for mobility.

The Bushes celebrated their 72nd wedding anniversary in January.