Spokesman Michael Norris said SNAP believes any and all transparency by the Catholic church needs to be applauded, but must be verified, preferably by an independent body. 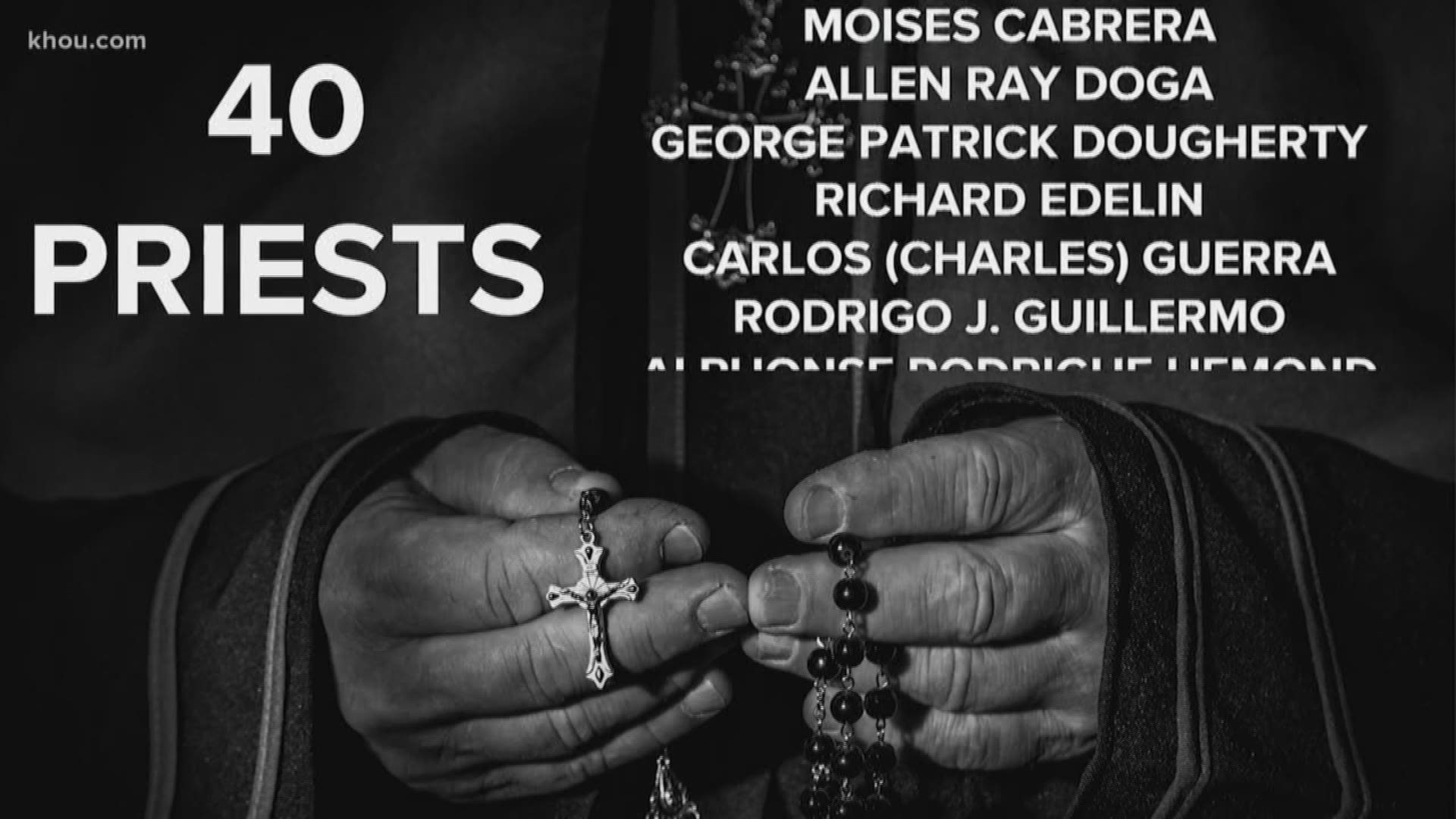 The list includes the names of 40 priests, including 23 diocesan priests, 13 religious order priests and four visiting priests. Two other priests, John Keller and Manual LaRosa-Lopez, were listed as under investigation.

RELATED: Unforgivable | Behind the story

Norris said he believes in the old proverb, "Trust, but verify." He said SNAP believes any and all transparency by the Catholic church needs to be applauded, but must be verified, preferably by an independent body.

“We are not anti-church,” Norris said. “We care about rooting out evil. There is no place for this evil to exist.”

Norris said he hopes the Montgomery County District Attorney’s Office will reveal the real list of accused priests because he said what was released Thursday was a partial list. He said the number of priests on the list is far too low and called the number “absurd.”

Norris also called on Texas Attorney General Ken Paxton “to step up and do his job" to investigate priests credibly accused of sex abuse.

Others spoke at a news conference alongside Norris Thursday, including a woman who identified herself as a survivor. The woman said she believed if law enforcement were more involved with the allegations, more victims would come forward.

“A falsely accused priest is a tragedy,” she said. “But how much more tragic is it that children may be in harm’s way?”

In response to the list, Cardinal Daniel DiNardo, the archbishop, said in a statement, "I extend my deepest regret for the harm that has been done. In multiple incidents over the years, the Church and her ministers failed to protect the most vulnerable souls entrusted to our care. There is no excuse for the actions of those credibly accused of such sins against a human person."