Melvin Campbell turned 111 on Monday, and his family was with him for the big celebration. 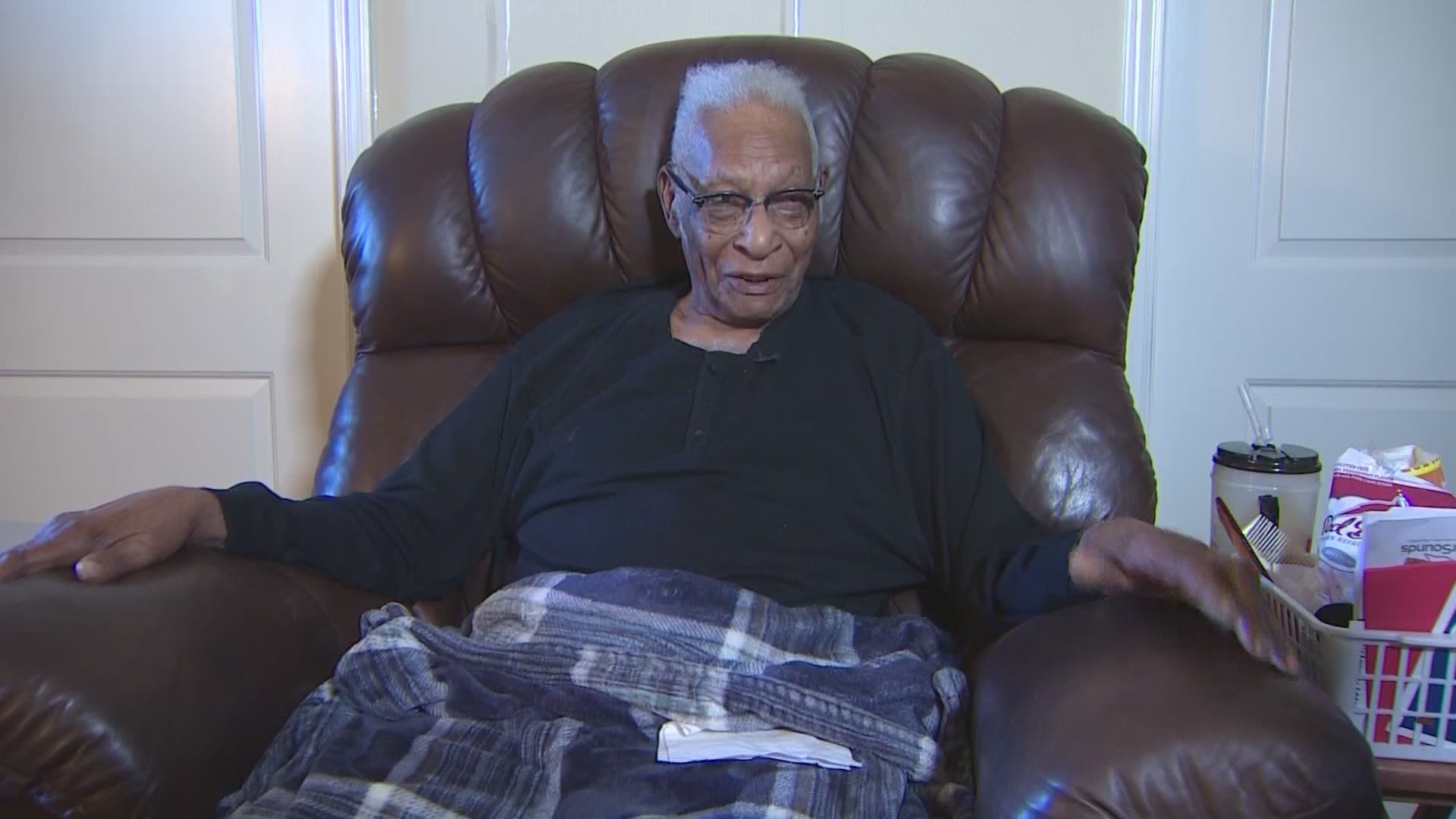 “We had a big celebration planned for his 110th birthday,” said Robert Campbell, Melvin Campbell’s son. “That was just about the time COVID hit so everything got cancelled."

Monday was Melvin Campbell’s 111th birthday. Sunday, a few friends and family gathered outside his nursing home in La Marque to celebrate Melvin’s wonderful life.  A local state representative even sent him a certificate to commemorate this big day.

“He was really happy to see us,” said Robert. “Because we had not really had a chance to spend some quality time with him in over a year.”

Melvin was one of 15 children raised on a cotton farm in Bay City. He later moved to Galveston and worked at the dock unloading and loading ships.

He had one son, two stepdaughters and one stepson. We actually caught up with Melvin a few years ago at his 108th birthday celebration.

And his tip to living a long life? He credits God.

Melvin says he gave up drinking and joined church. His son says he never took another drink.

“He put garlic pods in his water and then he would drink that,” said Robert. “It kept his blood pressure down.”

Melvin drove until he was 107 years old. And longevity must in in the genes. He has two living siblings -- One is 101-years-old the other is 88!

Melvin’s family believes his big smile and cool demeanor are the true secrets to living a long and happy life.