Pilot killed after jumping in a rolling plane that went airborne while undergoing maintenance, FAA says

The plane took off from a Galveston airport and crashed in Hitchcock near the intersection of South Railroad and Mike Avenue. 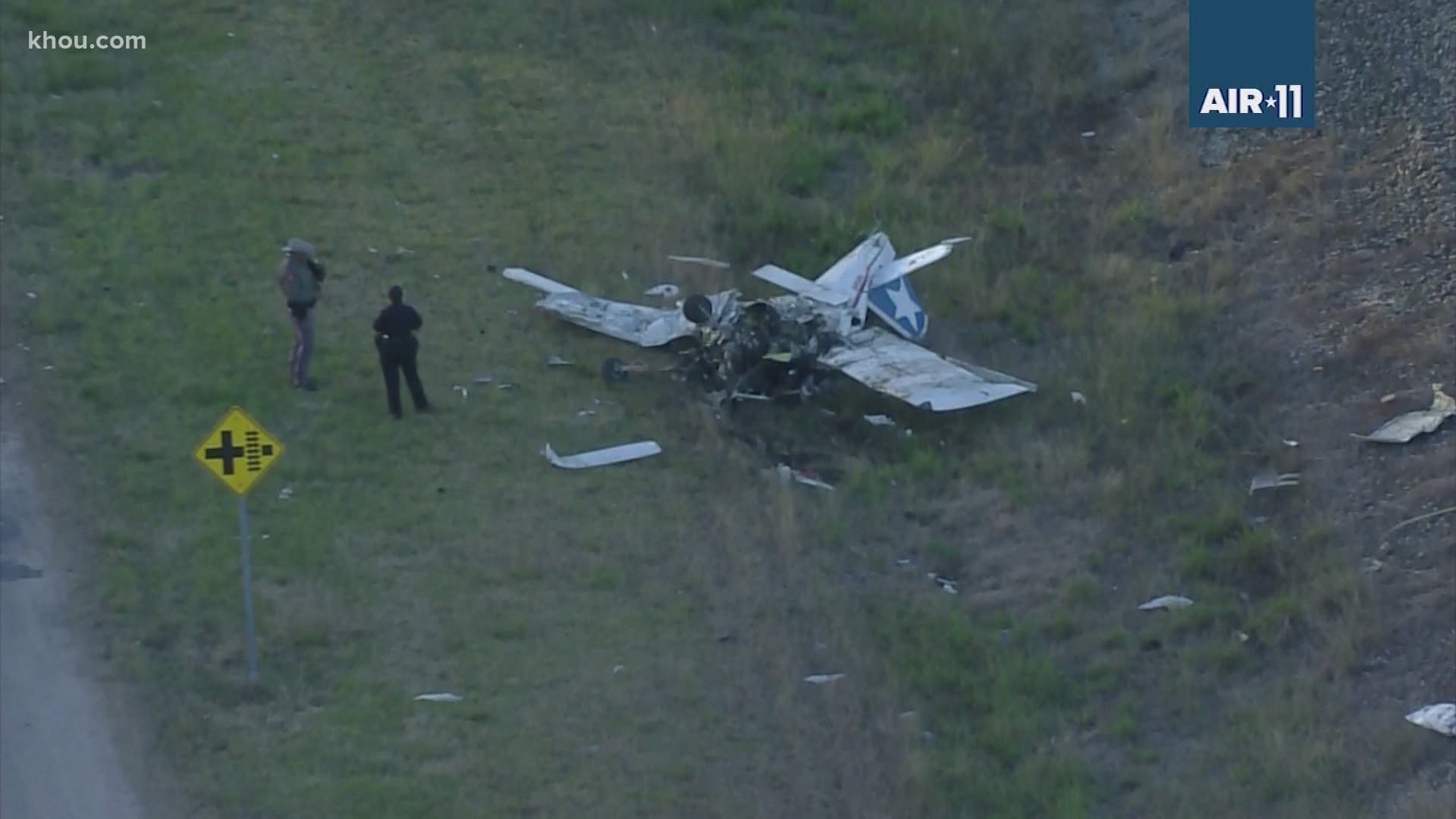 GALVESTON COUNTY, Texas — One person was killed Tuesday afternoon when a small plane crashed in a residential area of Galveston County, according to authorities.

According to the Federal Aviation Administration, an unoccupied single-engine plane began to move forward while maintenance work was being performed on the aircraft at Scholes International Airport in Galveston, which is about a 14-mile drive from the airport.

A pilot jumped in the plane but the FAA says it rolled over chocks and became airborne. The plane went down in a residential area near the intersection of South Railroad and Mike Avenue, in Hitchcock, at about 2 p.m.

The pilot has now been identified as 50-year-old Austin Stahl, of Galveston.

There were no other passengers on the plane and no other injuries were reported.

The plane went down near railroad tracks.

Nicole Sumlin is a nurse who lives near the crash site. She said she saw the plane flying very low before nose-diving into the ground right in front of her house.

"As I looked, the plane just nose-dived right in front of my house and the wreckage just flew everywhere," she said.

She said she called 911 and immediately put on her mask to see if she would be able to administer CPR to any survivors.

She said when she approached the crash site, the wreckage was too bad and there were no signs of life, so she backed off and waited for first responders to arrive.