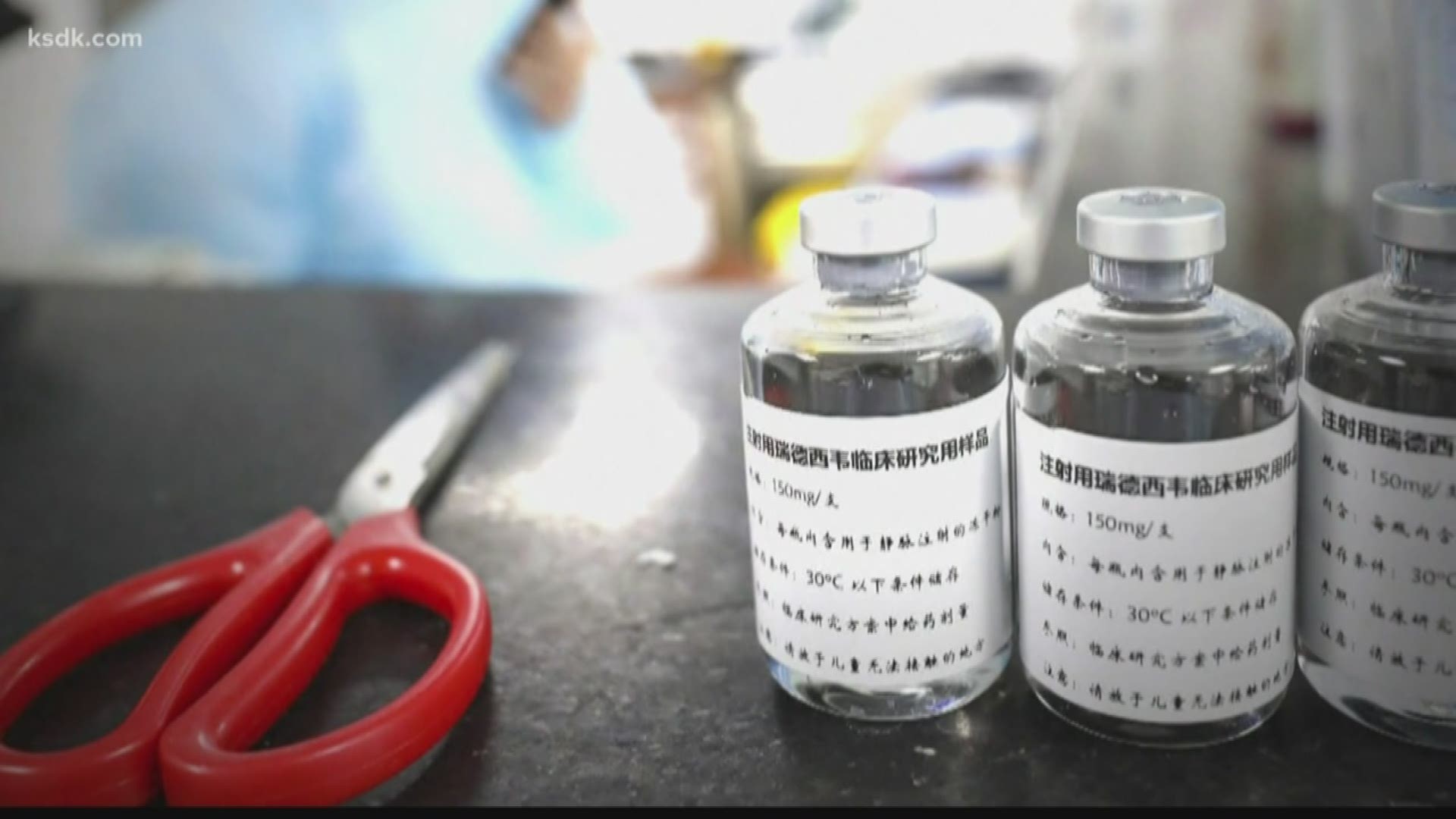 ST. LOUIS — Doctors and researchers at SSM St. Louis University Hospital think they may have a treatment for COVID-19.

The hospital is one of 60 locations conducting trials with an anti-viral drug called remdesivir.

Dr. Sarah George, the study's lead researcher, said animal trials have already been completed and it's worked well on monkeys that were infected with viruses similar to SARS and MERS.

"Now more Americans have died from this than died in the 911 attacks," said George. "There are now more cases in the United States than anywhere in the world."

"It's worked against many RNA viruses, including COVID-19 at least in cell culture models, and again in animal studies with similar corona-viruses, it looks quite effective," she said.

The drug has also worked on human patients like Chris Cane, who got the drug while he was in the hospital.

"I got on that and within three or four days, really 48 hours, actually I was feeling a lot better," said Cane.

George said more human trials are needed to get remdesivir approved as a treatment.

"How important is it for people to make sure these trials work before they go looking for these drugs that have been thrown around on the news?" asked 5 On Your Side's Brandon Merano.

"It's extremely important because right now there is nothing that is known to work," George answered.

Drugs like hydroxychloroquine have also been touted as a possible treatment, but George is confident remdesivir is the right step to calm down the COVID-19 outbreak.

"This one looks like it may be the best," added George.