Police say 19-year-old Cesar Cortes was shot and killed by a fellow cadet in the JROTC area. 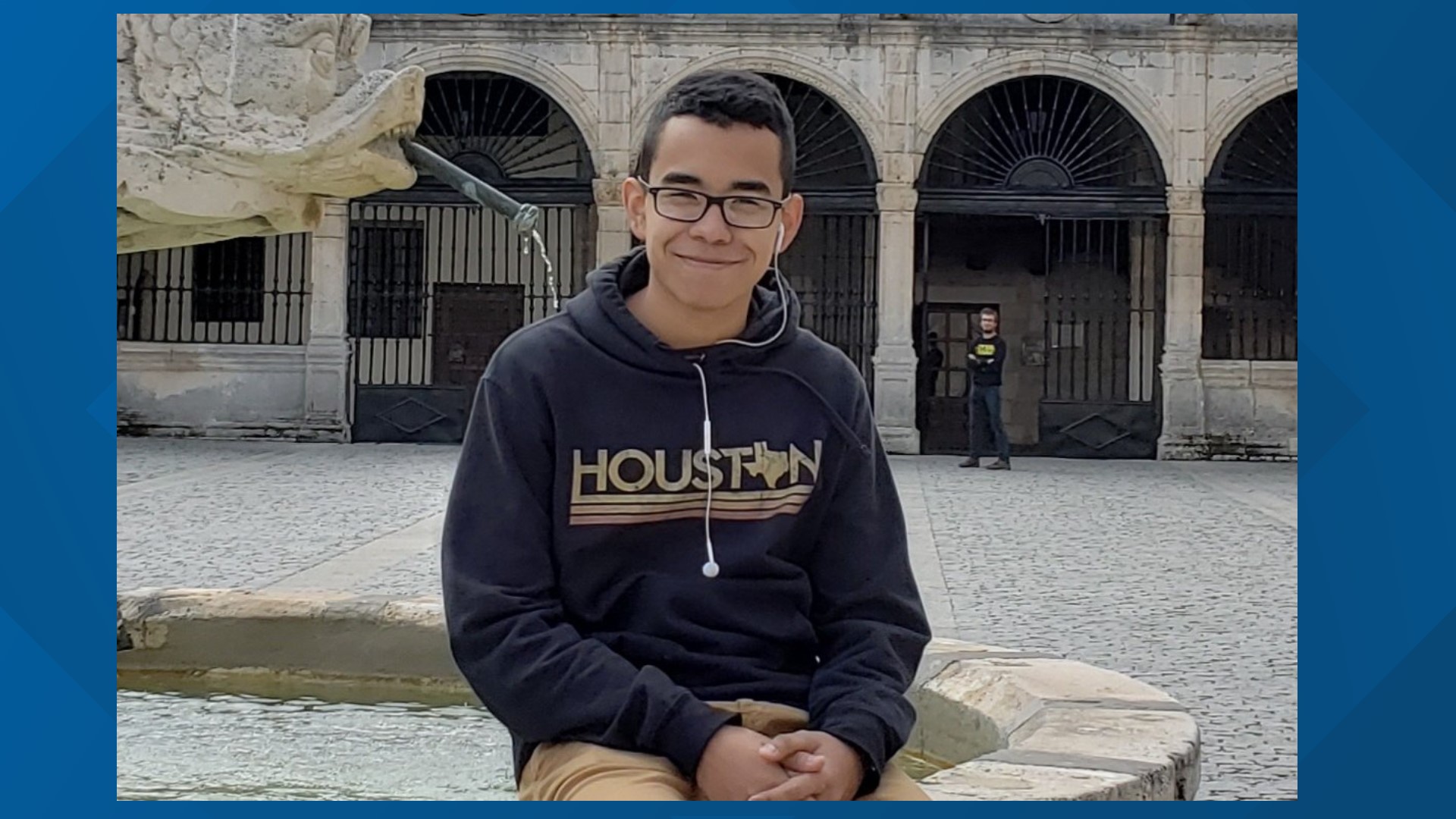 BELLAIRE, Texas — The first day of class since a 19-year-old student was shot and killed on campus was emotional for many Bellaire High School students.

She said she cried for most of the day and even broke down during our interview.

Cesar Cortes was her platoon sergeant.

She said another fellow cadet was the last person to see him and is the 16-year-old charged in his death.

"Imagine you’re seeing your best friend just, you know, fall on the floor like that," Carpinteyro said. "I don’t even know what’s going on in his mind right now.”

Witnesses told police the suspect actually carried Cortes’s body out of the room after the shooting.

He was arrested not far from campus a few hours later.

Students who returned to school Thursday morning waited in long lines this so that every single backpack and other bag could be checked.

“I hope they keep it up because they need to know what’s going on and I was glad to see them, you know, locking down where the kids can’t go off the campus during lunchtime," Grayer said. "So, when they come in, they’re in until it’s time to go home.”

Bellaire police are still trying to figure out where the suspect got the .32-caliber handgun and how it ended up inside the school.

They’re still searching for the weapon around the campus and even in nearby Bray’s Bayou since the suspect is not cooperating.

Carpinteyro and others wore black ribbons in Cortes's memory and there was a vigil and balloon release in the campus courtyard.

The Houston Independent School District said the security measures will be in place again on Friday.