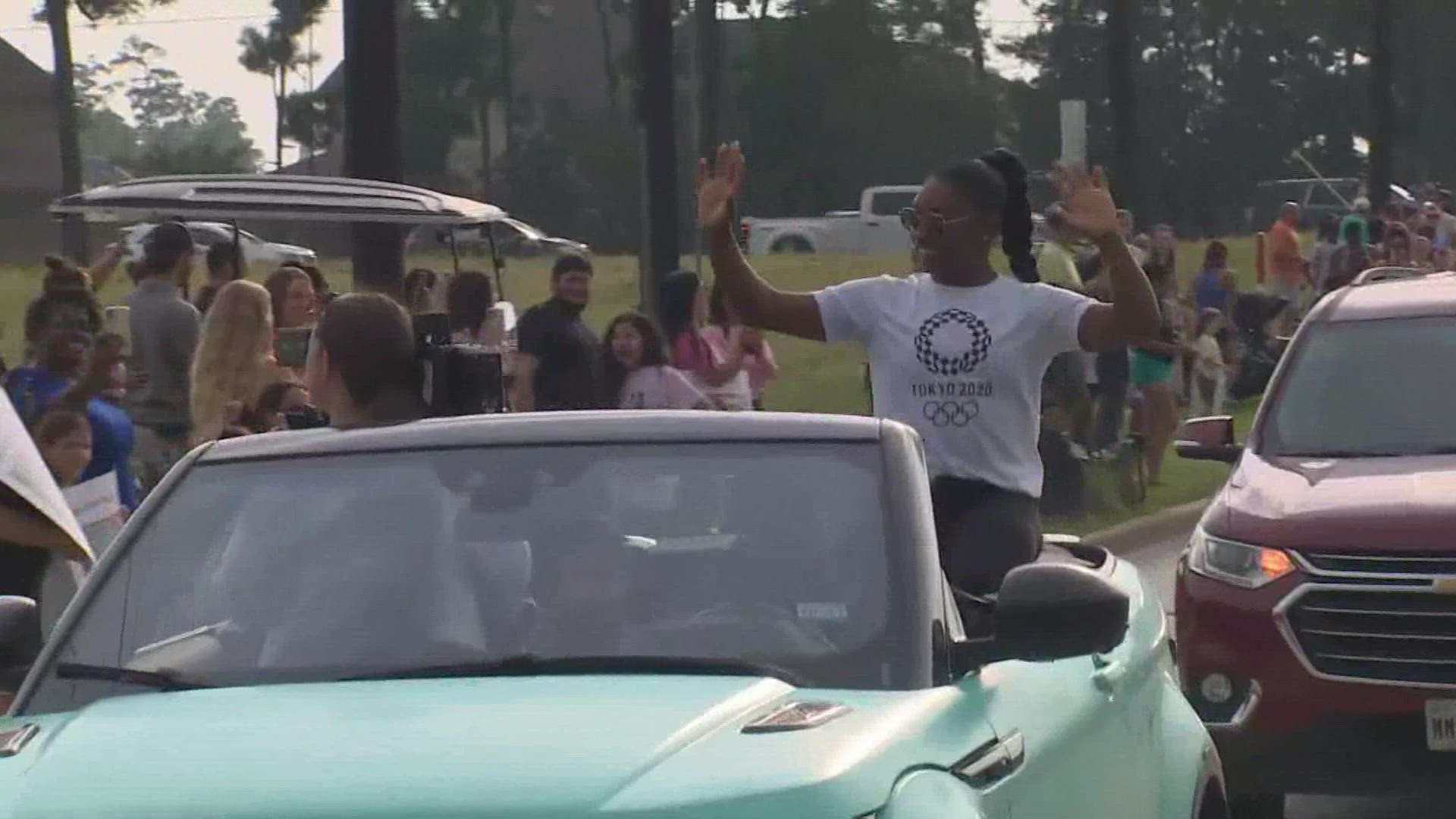 HOUSTON — Time magazine has named Simone Biles on its list of "World's Most Influential People" for 2021.

Houston has long known it's had a true gem in native Simone Biles, the most decorated professional gymnast on the planet.

But this year, it wasn't her gravity defying routines that have re-shaped the sport that captured the world's attention. It was the lesson she taught us all about being grounded.

Biles made national headlines when she decided to pull out of all but one Olympic final event in Tokyo to prioritize her mental and physical health, challenging the mindset that "true athletes" push through the pain at all cost. Since then, she has continued to advocate for mental health.

"@Simone_Biles is a shining example of what success looks like when you let go of what the world thinks and gather your strength from yourself ... from your soul," writes @serenawilliams #TIME100 https://t.co/Jz5Mlq6Mh9 pic.twitter.com/CprSwghK2R

Serena Williams, another world-champion athlete who has the bare to pressure of inhumane expectations and criticism, was invited to write an article about Biles for the issue.

"She is using her mature voice and platform to share her personal journey of self-love, respect and acceptance—Simone is wise beyond her years," Williams wrote in Time.

"By living her truth so loudly and by championing mental health, she is setting new standards of beauty, strength and resilience, breaking down today’s image-obsessed stereotypes and encouraging others to do the same."