A staple of Houston's Medical Center is closing its doors; the Shriners Hospital for Children confirms they will consolidate with the Galveston location next year. 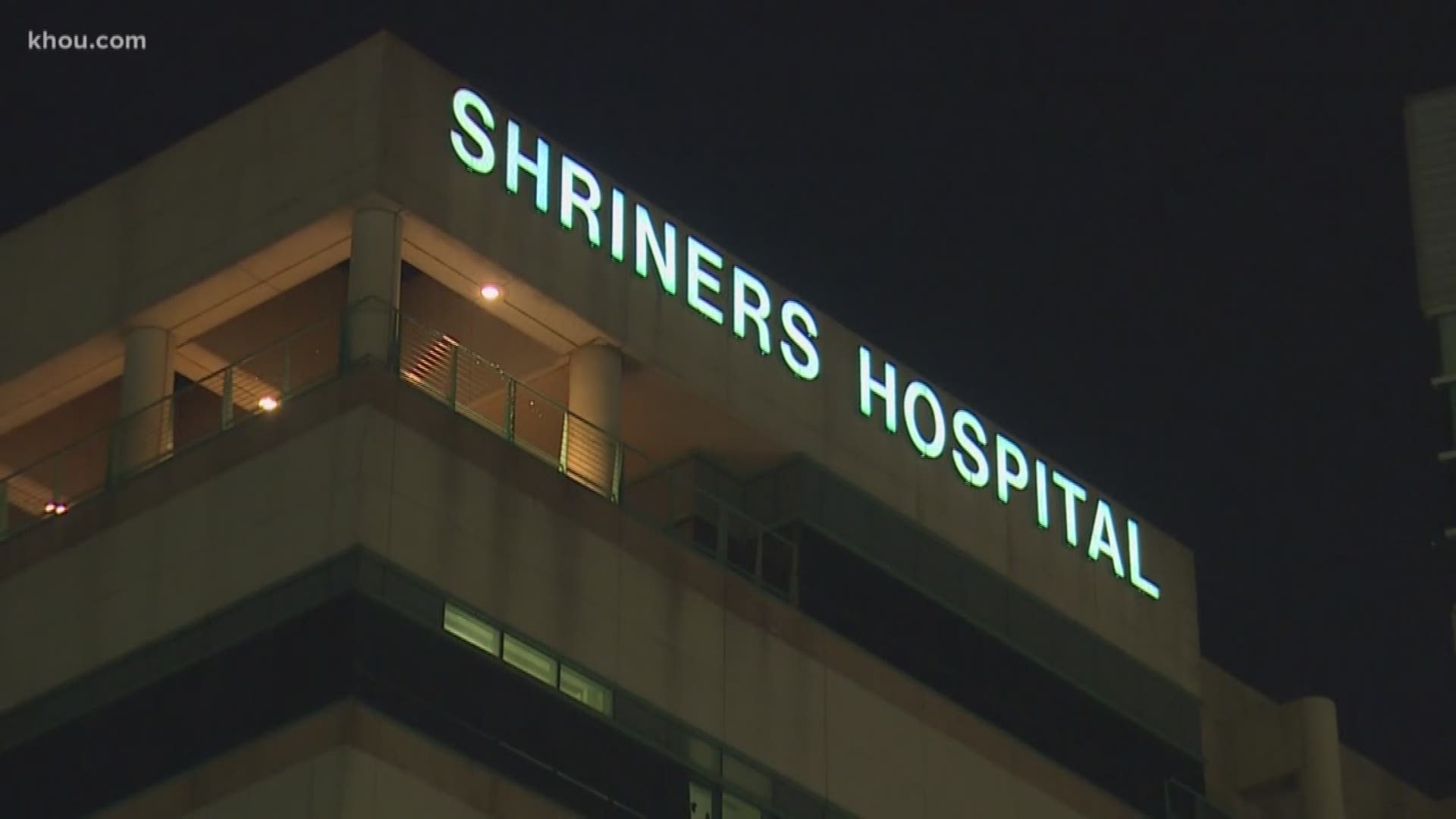 HOUSTON — A big change is coming to the Texas Medical Center, the Shriners Hospital for Children will be closing that location and consolidating with the Galveston branch in 2021.

The news came as a shock to Tanny Fernandez, a mother whose son has been a patient at the Med Center location his whole life.

Alex Niezes, 9, was born with a rare genetic disorder called microcephaly-capillary malformation. It's a disorder so rare that less than a few hundred people are believed to have it worldwide.

“He came out purple with a big head,” Fernandez said. “He had to be put in the NICU because nobody knew what was wrong.”

Axel was referred to the Shriners Hospital for Children in the Medical Center where he diagnosed and studied, according to Fernandez.

The disorder can cause cognitive delays, autism and orthopedic impairments.

“In his case, everything inside and outside of the body… it’s larger on the right side. So even his organs.”

Fernandez says over the last decade, she’s taken great comfort in the care Axel’s received from his doctors at Shriners.

“It’s been amazing. You can tell they care. And actually, I’ve seen the same doctors and nurses which is very rare.”

However, on Tuesday, Fernandez says their long-time doctor dropped a bombshell when she informed them the hospital was closing, then referred Axel to another doctor at another hospital.

“I felt blindsided. To me, the worst part of the appointment yesterday was that I was just given this information and then left to fend for myself.”

Mel Bower, Director of Marketing for Shriners, confirms the Houston Shriners hospital will consolidate with the Shriner’s hospital in Galveston. Bowers says they are consolidating to make services more efficient for patients, who he says shuttle back and forth between the hospitals.

Bowers says one reason the Galveston location was chosen is, “The presence of the burns center in Galveston was an important consideration.”

Shriners says they hope to bring as many of their current team as possible and that all services offered in the Med Center location will be offered in Galveston.

“We will continue to offer all of our existing services, the benefit is that now they will all exist under one roof,” Bowers said.

As for what will become of the building that one the Houston Shriners moves out, Bowers says they just don’t know yet.

Statement from Shriners Hospital for Children:

“At the January 2019 Leadership Conference of Shriners Hospitals for Children, a high-level vision for the hospital system in 2035 began to emerge. It was decided that quality would govern all care decisions, delivery of care models would be evaluated in all facilities, and new methods of reaching more kids in more places would be fully investigated. As healthcare has undergone incredible changes, so too must Shriners Hospitals for Children.

With quality as the primary driver for all future decisions, criteria were established for evaluating potential Centers of Excellence throughout the United States. Many steps, including short term and intermediate transitions, will be necessary to arrive at that goal of establishing these premier pediatric care facilities. Since our Imperial Session in July, Houston and Galveston, utilizing a newly established governance model, along with the Joint Boards voted to merge their facilities into one by late 2020.

All of these decisions reflect system-wide opportunities, and regardless of geography, should be viewed as system initiatives that benefit the continuation of our incredible mission at Shriners Hospitals for Children. As we journey toward our next 100 years, working together we can take our system beyond where it has ever been before as we re-reshape and transform pediatric specialty care for future generations.”

RELATED: FDA does not test devices implanted in humans, and one Texas woman is paying for it

RELATED: What the Methodist Hospital-UnitedHealthcare dispute means for patients